Summerfest! Music, food, beer, bleachers, and more! About that “more” part: There’s a ton of stuff to do at Summerfest, and a ton of time-honored stuff at that. You know, like riding the Skyglider or whatever. But what happens when you realize there are certain iconic Summerfest things you haven’t done? If you’re Milwaukee Record‘s own Tyler and Matt (that’s us), you go out and do them. With just two days left of Summerfest 2022, enjoy as we cross off some things on our “Big Gig Buckets Lists.”

Eat something from the Charcoal Grill—a.k.a. that big outdoor grill that always smells really good

“Mmm. Smells good!” That’s me and everyone else who has ever walked past the Charcoal Grill & Rotisserie, located just south of the Generac Power Stage. You know, the place with the big outdoor grill that’s always loaded with chicken and burgers and that’s always sending up a thick cloud of smoke. Incredibly, until Summerfest 2022, I had never actually ordered and eaten anything from the place. I’m glad I finally did: The $10 BBQ Pulled Pork Sandwich was fantastic, and a nearby picnic table provided a perfect view of the passing Summerfest parade. You know, the one with a drum line, some rollerskaters, some dancers, some folks on stilts, a dragon, Professor Pinkerton’s Rootin’-Tootin’ Orchestra, and maybe even Sigmund Snopek. [Matt Wild] 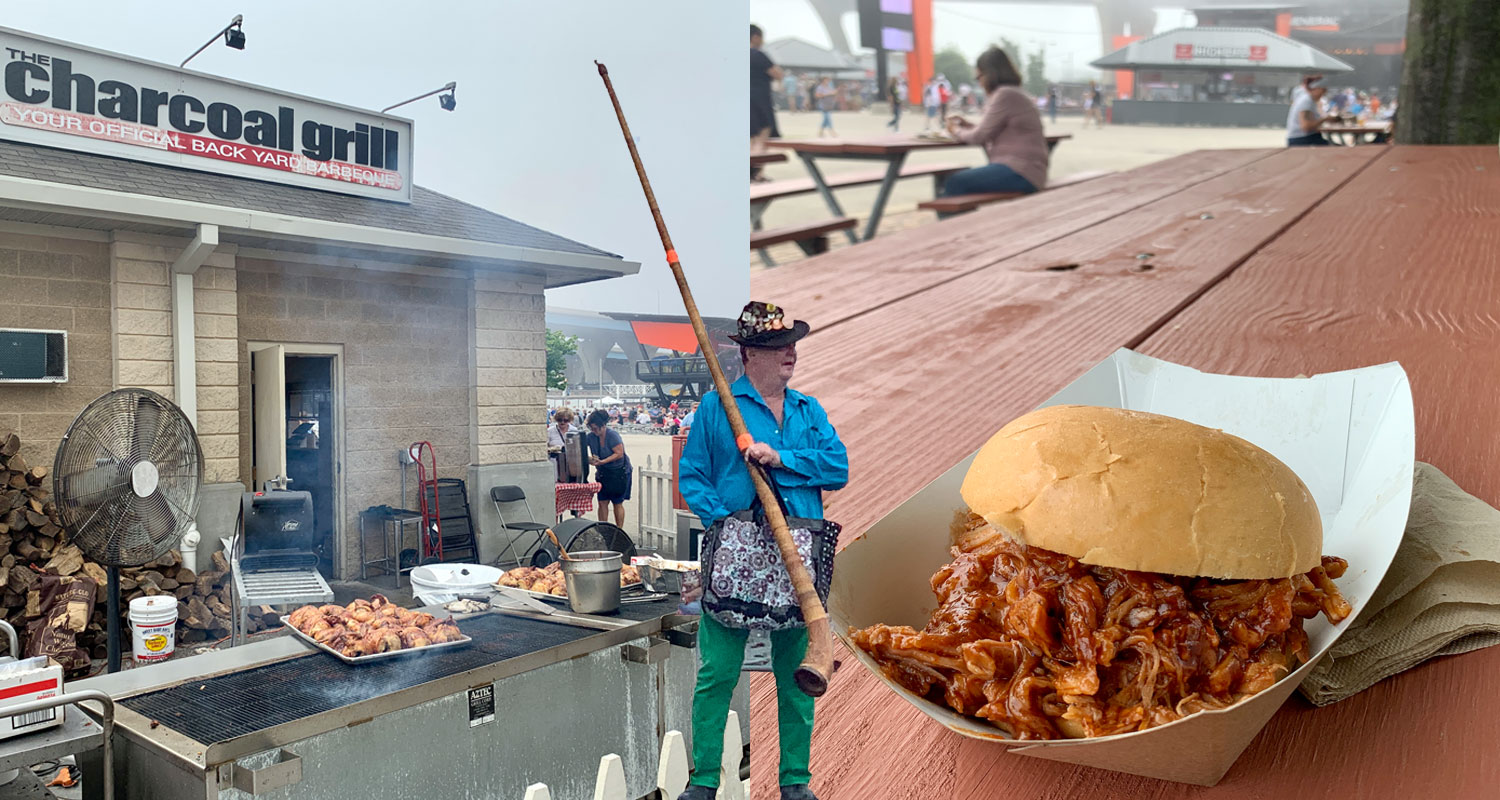 Eat some almonds from the Roasted Nuts stand


“Mmm. Smells good!” That’s me and everyone else who has ever walked past one of Summerfest’s Roasted Nuts stands. You know, those places that sell sugary almonds. I think I’ve had these as at a Brewers game before, and now I can say with certainty that I’ve eaten them at Summerfest as well. I picked up a sack after catching Sparta’s last-minute 5 p.m. set this past Saturday. Once I devoured the bag of delicious almonds pictured below, it was decided: I was leaving Summerfest for the night because nothing would be better than that. [Tyler Maas] 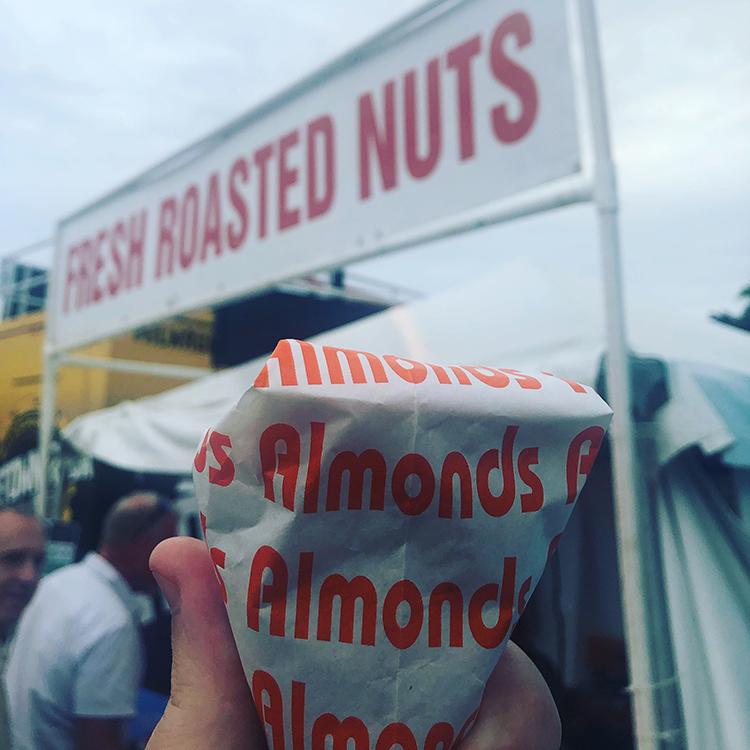 Did you think that the Dockside Bar’s patio of plush red chairs and couches overlooking the south end of the Summerfest/Lakeshore State Park lagoon was for VIPs only? Surely no rank-and-file Summerfest schlub would be allowed to enjoy such decadent delights. But nay! The Dockside tent proclaims the area is “Open to the Public.” You can totally sit in one of those chairs or couches! I finally did just that on a foggy Thursday afternoon, sipping a $17 Captain and Pepsi and surveying my kingdom—a.k.a. the butt-end of the lagoon next to the BMO Harris Pavilion where dudes sometimes fish in the morning. (The drink was pretty strong, FWIW.) [MW] 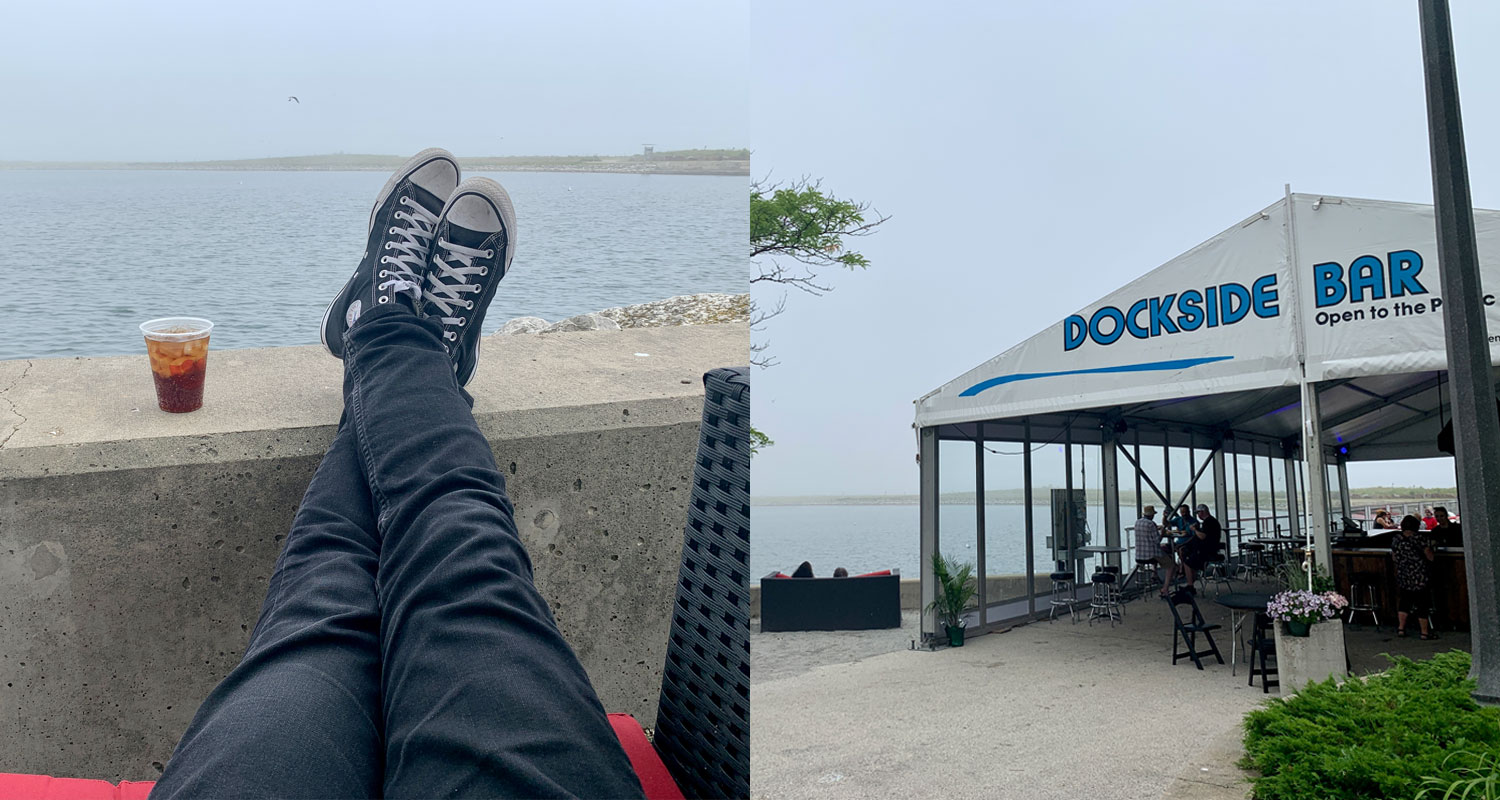 
Did you think that the so-called “Goth Rocks” overlooking the south end of the Summerfest/Lakeshore State Park lagoon were for goths and teenagers only? Surely no rank-and-file Summerfest schlub would be allowed to enjoy sitting on large rocks situated along the waterfront. But nay! I totally did it for the first time yesterday. While I briefly rested on these iconic rocks, I thought to myself, “Oh good, I can now include this as one of my ‘Big Gig Bucket List’ entries!” Jesus. What has my life become? Pretty nice view though…except some dude I saw across the lagoon with his feet up who appeared to be drinking a $17 Captain and Pepsi. [TM] 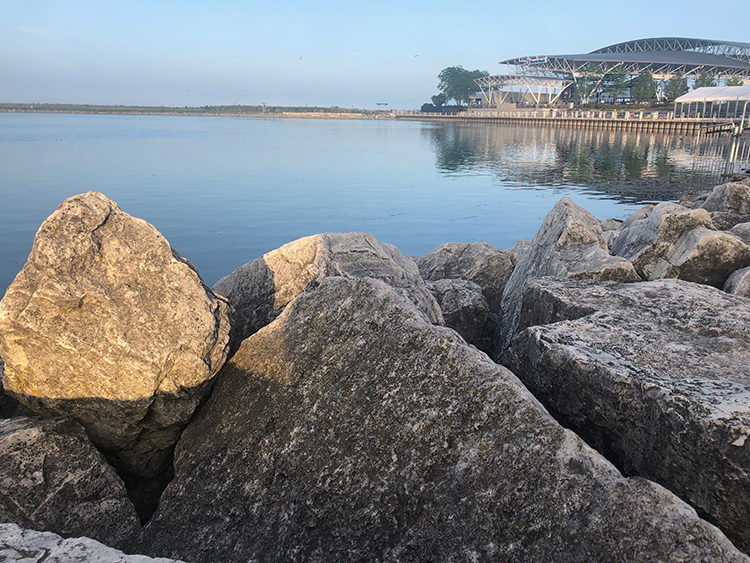 Enlist in the military

Haha just kidding but there was this one year when a military cover band played Summerfest and the whole A.V. Club Milwaukee and Onion crew (all five of us) checked it out and the band was super good and they played the entire second side of Abbey Road and then after the show a couple of recruiters started working the crowd and even though we were all 67 years old at the time we bugged out of there QUICK. [MW] 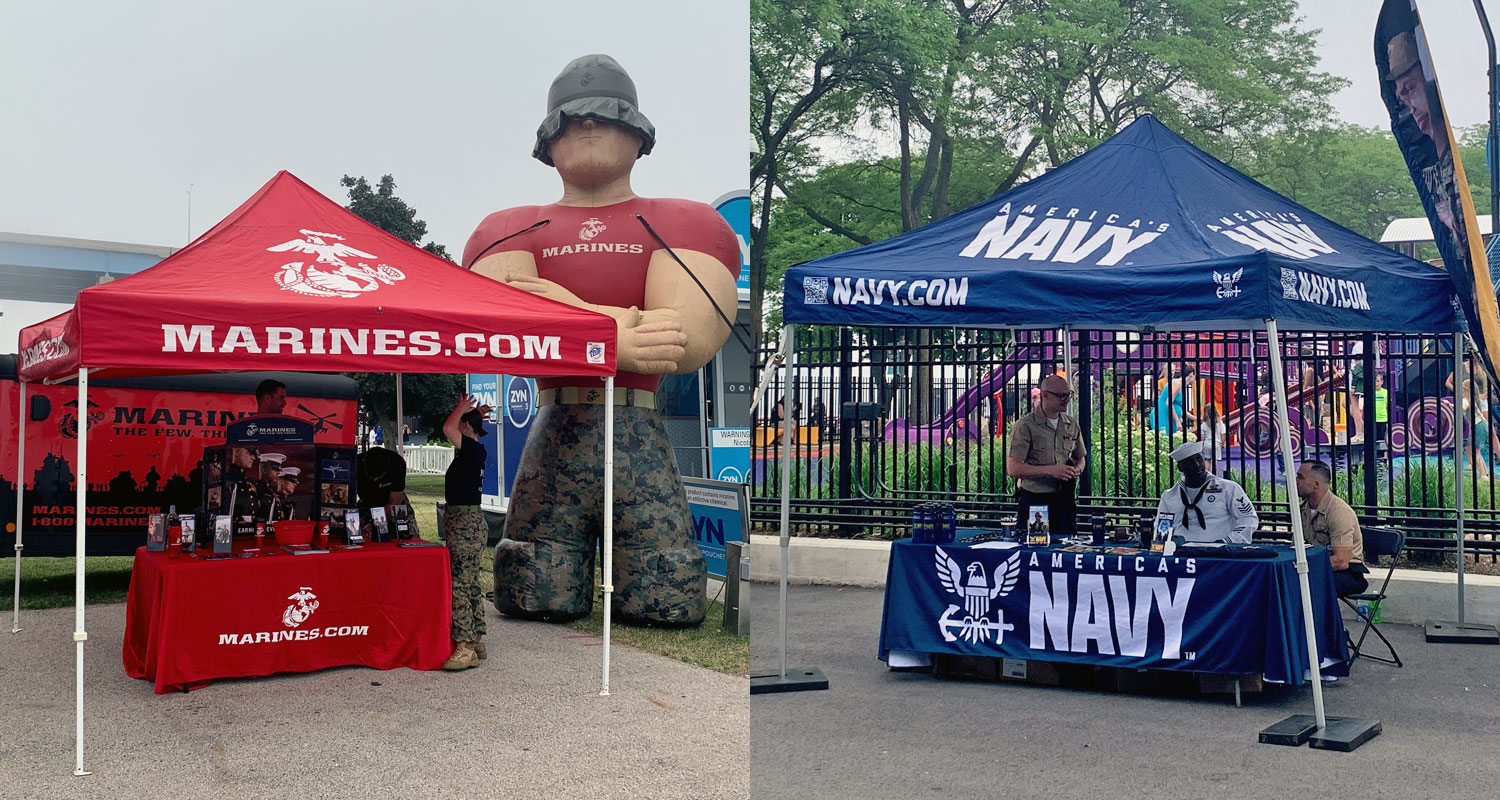 Last week, a friend recommended I try the Major Cheeseburger from the Major Goolsby’s stand. I did, and life will never be the same. Though it’s $12.50, the Major Cheeseburger is a double cheeseburger by default (a single can be had for $9.50) and is filling on its own. No sides necessary! It’s flame-grilled, cheese-covered, beefy, and the billowy bun is top-notch, too. With some ketchup and yellow mustard added to the mix, I was sitting pretty. Also, there was no wait whatsoever to get my food and nary a line at the stand during any of my THREE visits. That’s right, I liked it so much I ordered the Major Cheeseburger in my next two trips to Summerfest. Despite repeat ordering, I failed to get a quality picture of this burger, but trust me that it’s super good.  [TM] 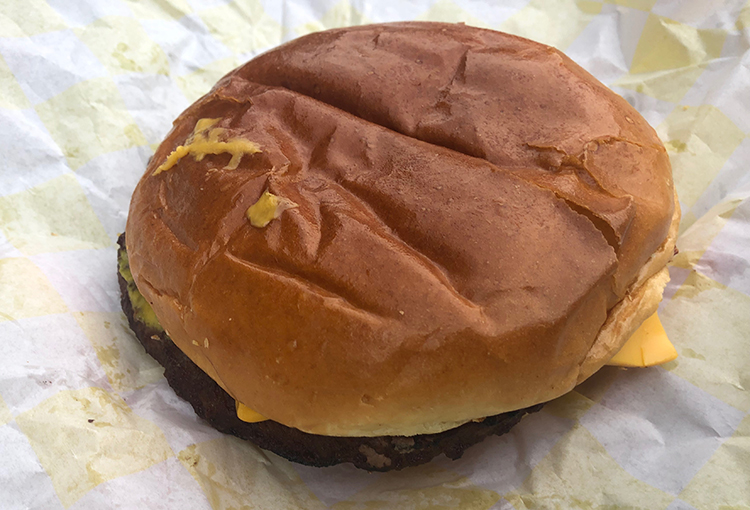 Get a photo with THIS guy

By his own estimation, Mike the Viking (real name Mike Durst) has only been coming to Summerfest for seven or eight years. Is that enough time to be considered a Summerfest Legend? When you show up decked out in leather body armor and you’re shouldering a Thor-like hammer, you better believe it. Mike is super cool and he’s got a little tip jar attached to his walking cane. I happily tipped him and snapped a Summerfest pic I’ll cherish to Valhalla and back. Thanks, Mike! Thanks, Summerfest! [MW] 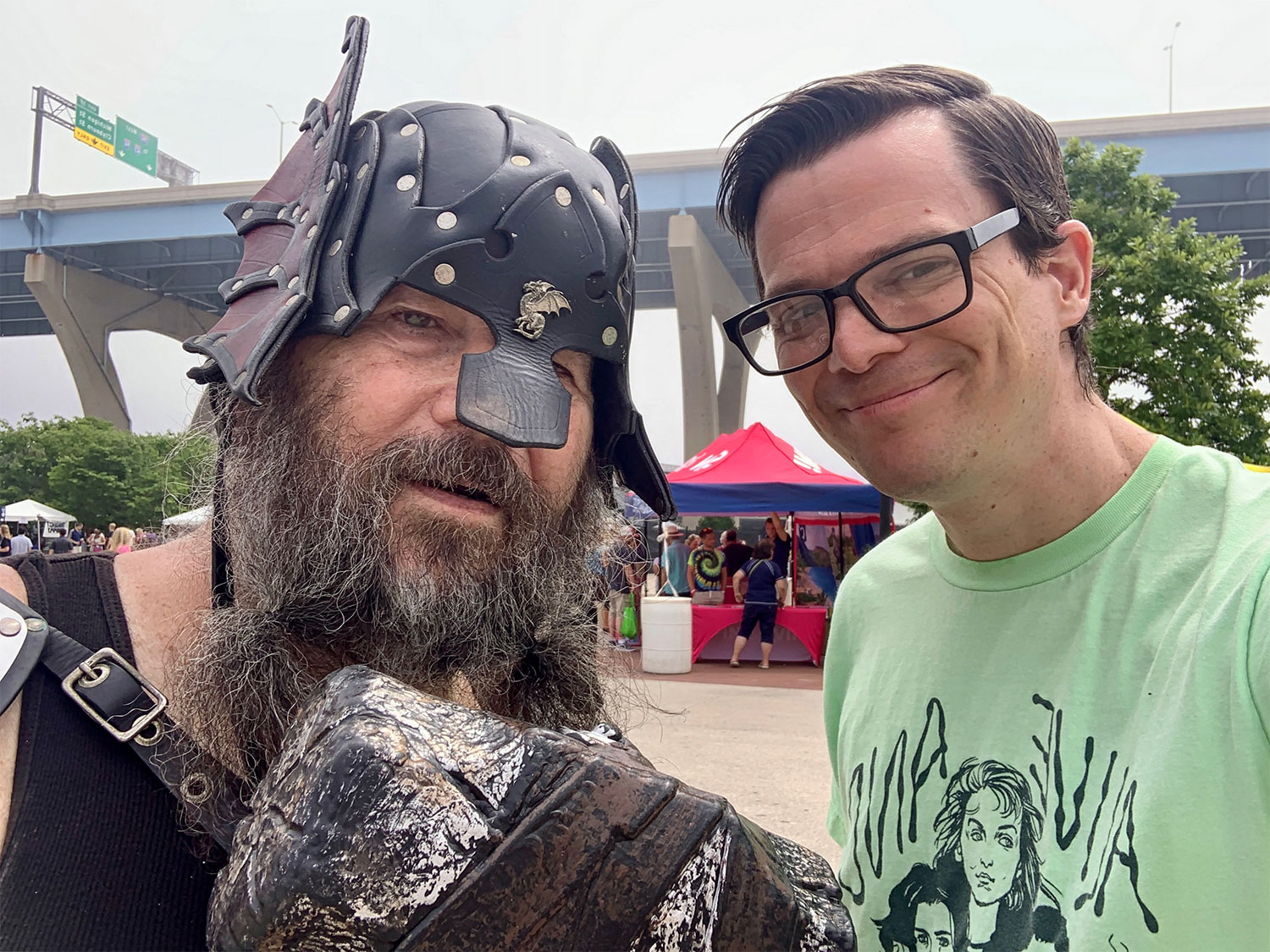 
I know, I know, I KNOW. Before this installment of Summerfest, I’m embarrassed to admit that I had neglected to take a trip on the Skyglider. To be honest, it seemed kind of boring, dumb, and overrated to me. Well, I was dead wrong on all accounts. It’s great! I bought a round-trip ride last week and I thoroughly enjoyed myself. I took in some great views of the grounds from a vantage point I had never seen before. I yelled down to people I recognized. I felt the summer breeze on my face. I heard a diverse sampling of music from a few different stages in quick succession. I took it all in and I loved every second of it. Sometimes there’s a reason everyone loves something. Because that thing rules. [TM] 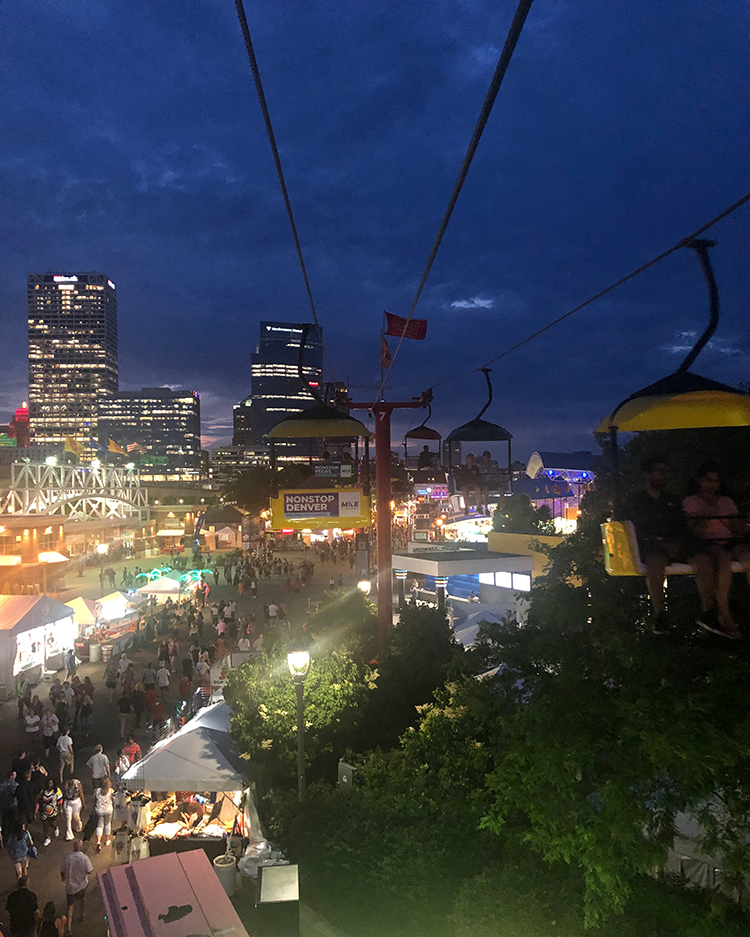 
• Is Summerfest’s three-weekend format better or worse than the old format?

• Enjoying Summerfest despite [gestures broadly at everything]

• Take me back to Summerfest 1992: Bobcat Goldthwait at the Comedy Stage

• Take me back to Summerfest 1984: “Weird Al” Yankovic at the Rock Stage