“Don’t look back” they say, as if it were that simple.

These three words of advice are meant to balm the wounds of leaving whatever it is behind that no longer fits into your life. For me, it was the city of my birth and upbringing. My misspent halcyon days found me appropriately beer-drenched in Cream City. I cheered the Brewers in 2011, while 2018 found me petitioning the heavens for an elusive Brewers ring. Flags fly forever, and the pursuit of said flag found me echoing Uecker’s oaken voice, screaming it to the rafters with every win and loss. In 2018 I also became a father and lost my grandfather, the oldest of my Wisconsinite relatives and the patriarch of my family. 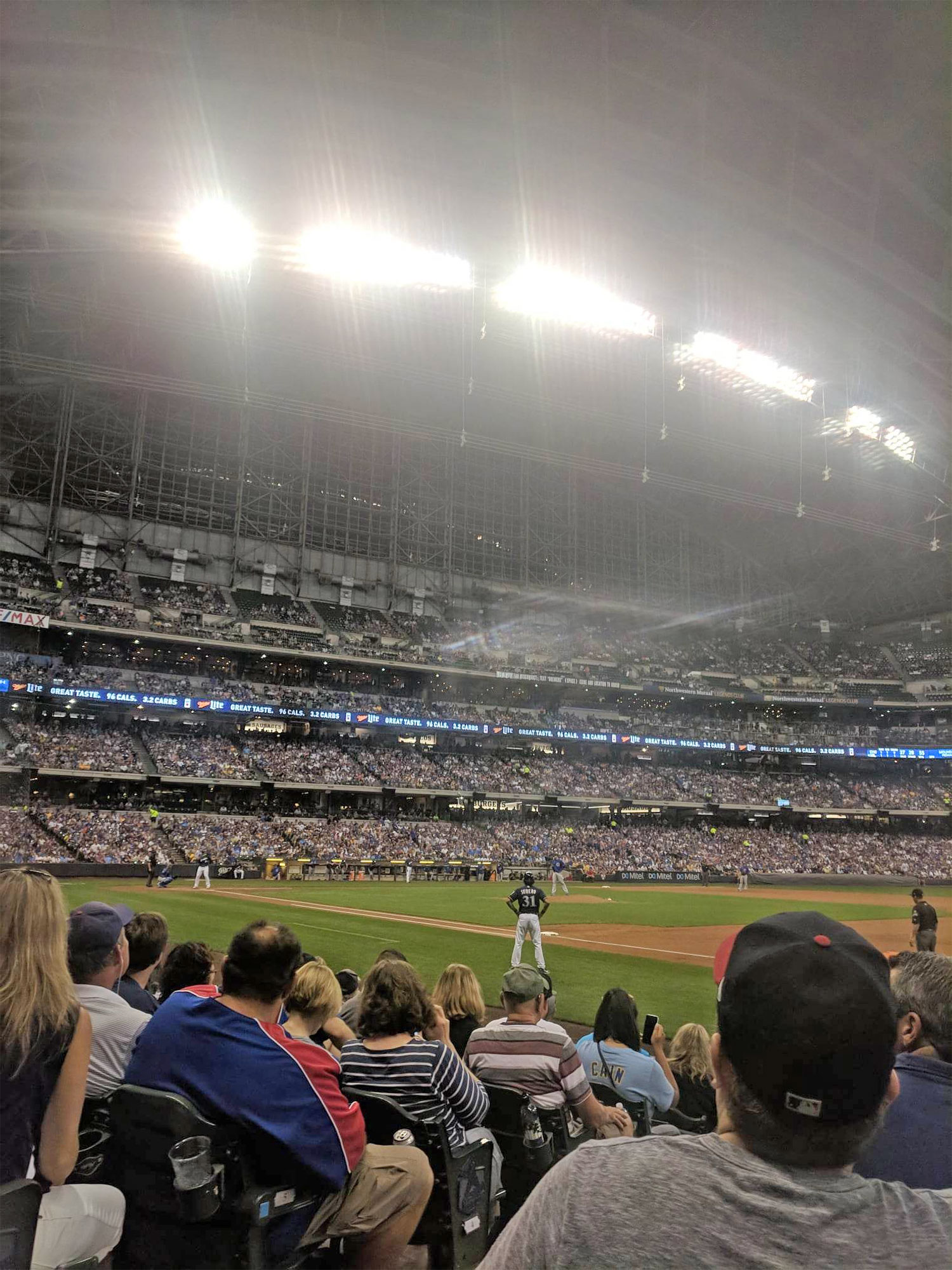 The pandemic and election that defined the dreaded year that was 2020 carried with them the ineffable perception of everything and nothing happening all at once, all of the time. The apocalypse was so boring. Spare the people I shared a home with, I found myself communicating exclusively in analog to family chats and a list of friends that seemed to wither and fray like our collective sanity during those dark days. I spent many free moments sitting on a hammock staring at century-old trees, envying the animals who existed unaware of pestilence and politics. Between these meditative moments and a hefty dose of cognitive behavioral therapy, one unexpected truth kept emerging: I no longer felt at home in Milwaukee.

With a rabid housing market and no anchor in sight, plans were hatched, scrapped, re-formulated, and hatched once more. Like Kris Kristofferson’s cleanest dirty shirt, our raggedy ol’ shotgun shack of a home was brought to the most respectable form we could muster and put on the market. We sold 75 percent of our belongings, hugged our vaccinated loved ones, and prepared to say goodbye. When the day came, as if it were written, the singer of my favorite hardcore band was one of our movers. I first knew him from my earliest days of exploring the contours of sound that ran counter to the tidy suburban narrative crafted for me, and now he was a literal part of the apparatus that saw me indulging for the first time, unafraid in letting go.

One truck and a Subaru contained our collective possessions, and it was in that sturdy green car that I looked back. The rearview was consumed with everything I took for granted, and some things I perhaps valued too much. Looking back was necessary, but taking it in was impossible. This city and the things in it that made me cry in the happiest and saddest ways, that still build themselves around me in my most stressful or whimsical dreams, that made the accent I have more apparent when it’s being used to conversate with my new neighbors in Brooklyn, it was being eaten by the horizon. As much as it hurt, I had to keep my foot on the pedal.

I never braced myself for mourning. After the novelty of leaving set in, sadness and happiness covered my brain like oil hovering over water. A translucent dichotomy, never connecting but always right there together. Given that we left with intention and plenty to be excited about, true mourning never felt appropriate. Besides, Milwaukee will always be there…right? Well, like the hearty uncle who never liked me very much, life has come to slap me on the back and smirk in my face to inform me that, no, Milwaukee as I know it, as I inhabited, will not always be there. In fact, that Milwaukee is already gone. 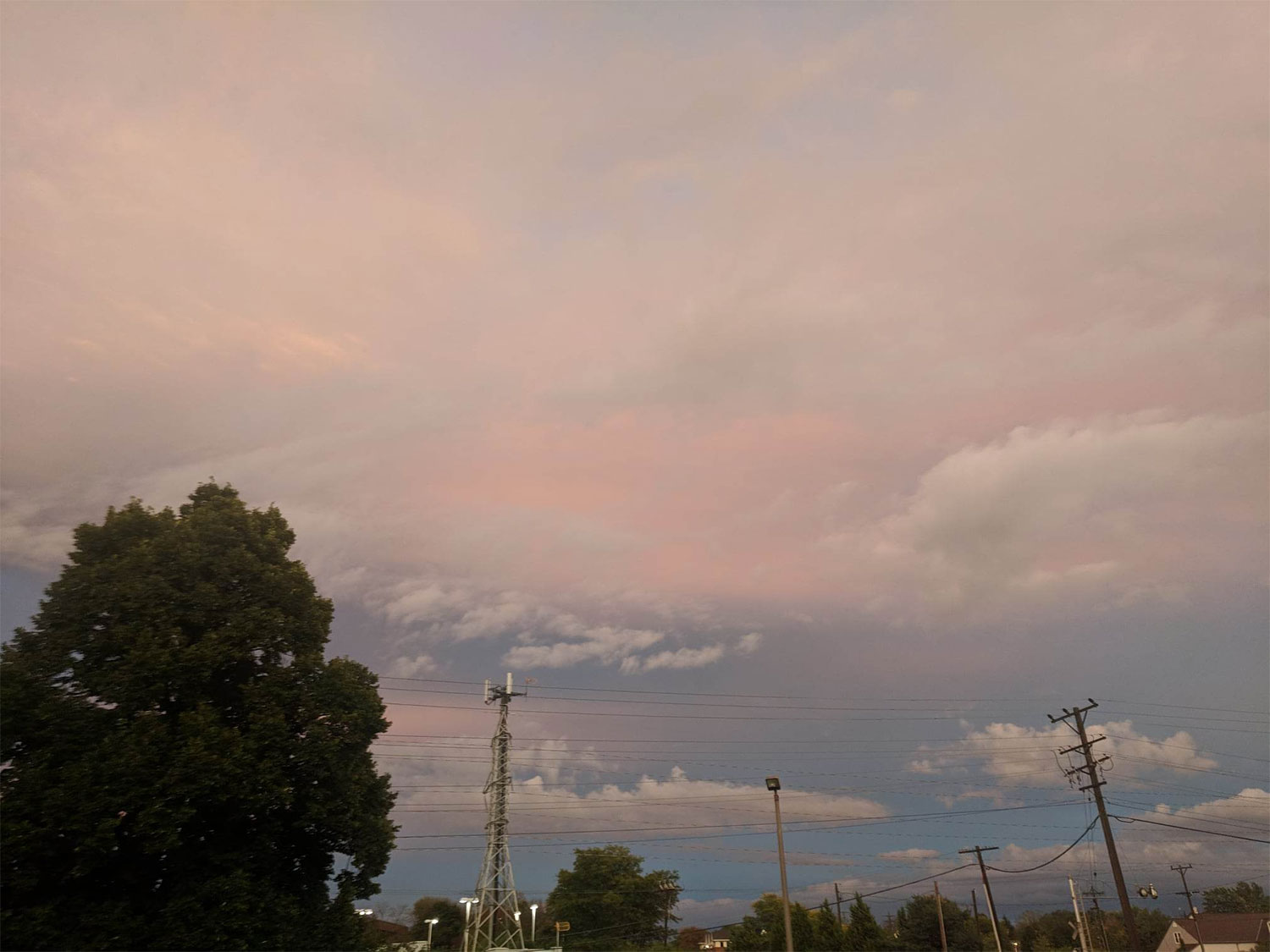 I’m approaching my forties, which means that some of the vestiges of my youth still cling to my increasingly doughy frame, but stark realizations of my mortality have begun to seep their way into my reality. It’s one thing to fall out of touch with a person, but it’s another thing altogether when that person dies. So too is true of the establishments that give a city its heart being snuffed out by unattainable lease renewals or at the hands of some dead-eyed investor, or simply fading off into the mist of retirement. When I left, I didn’t realize how much would be legitimately impossible to return to. Obviously the gravity of death versus, say, a cute sandwich shop shuttering are different, but they still connote a firm and irreversible end of things that once were.

Hearing bad news is never ideal, but when you hear it through social media it’s even worse. It’s cheap-feeling, abrupt, and doesn’t come adorned with any conciliatory well-wishing to help cushion the blow. The first time a piece of Milwaukee waved goodbye to me it was a kick in the teeth delivered with unapologetic, steel-toed force. Soup Bros., an irreplaceable staple that haunted a small, out-of-the-way space on Florida Street in Walker’s Point for nearly two and a half decades, was done. It wasn’t a month later that the news would come out that legendary (and Milwaukee’s only) Polish restaurant would be closing after 40 years. The former of these restaurants precedes any sort of identity I have as a person who appreciates food, but I have memories of my mother raving about the hip, quirky new soup place when she wasn’t much older than I am now. Polonez, with its richly flavored bigos and resplendent pierogi, pre-dated my entire existence. And now they are gone. 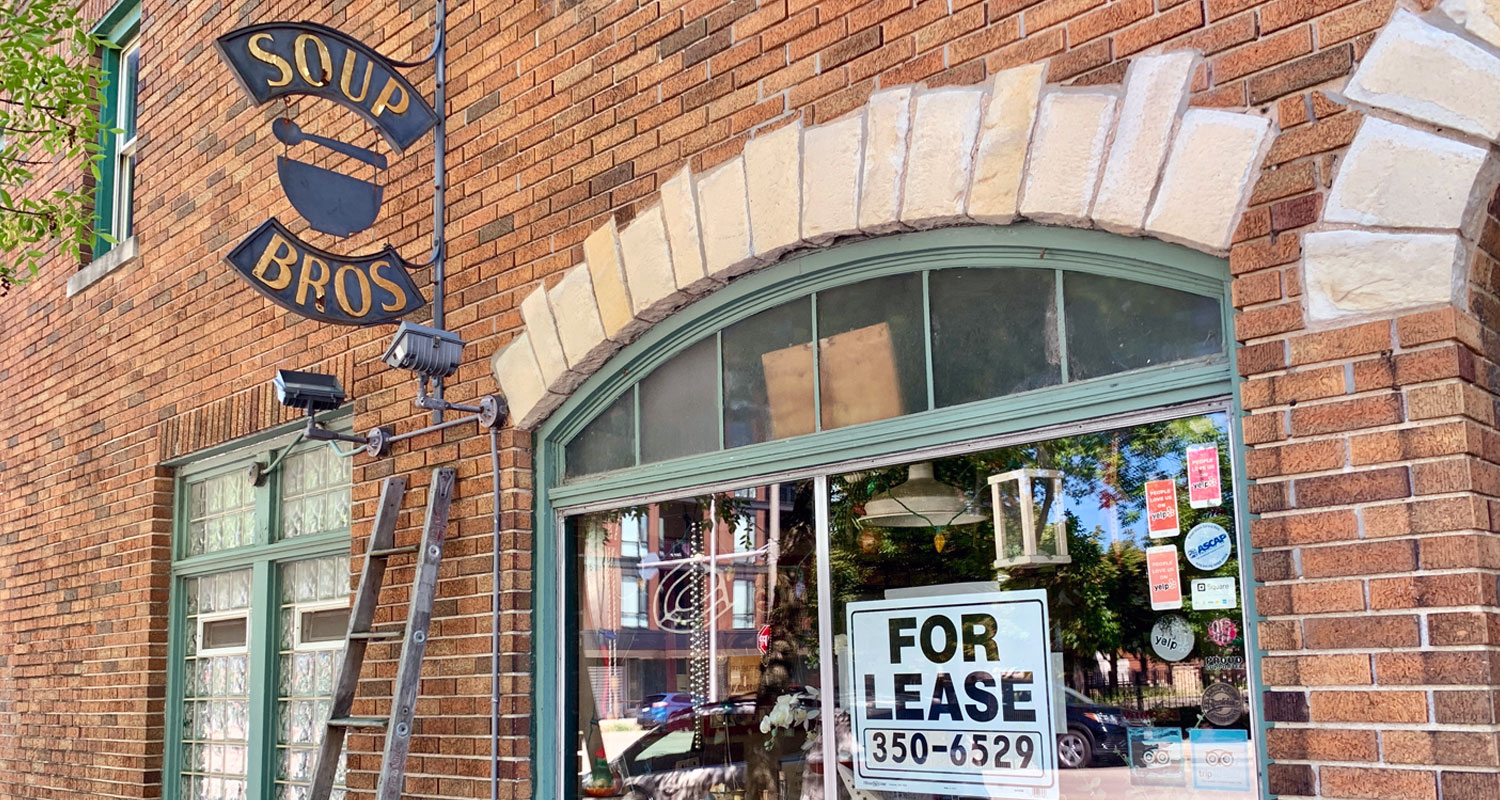 Other establishments have joined them in the realm of the bygone. Klinger’s East, home to many nights I can only recall only through amorphous recollection, gilded in blue, green, and gold. Iron Grate, purveyor of burnt ends and briskets you could get lost in. The Riverwest Co-op Cafe, which I can only hope is in hibernation, lest I never get my hands on its unforgettable Seitan Philly. So many places that I stomped through a foot and a half of snow to not only consume food and drink within, but create memories and truly revel. Having experienced grief, mourning may be too strong a word to describe how to commemorate their absence, but mere sadness isn’t enough. 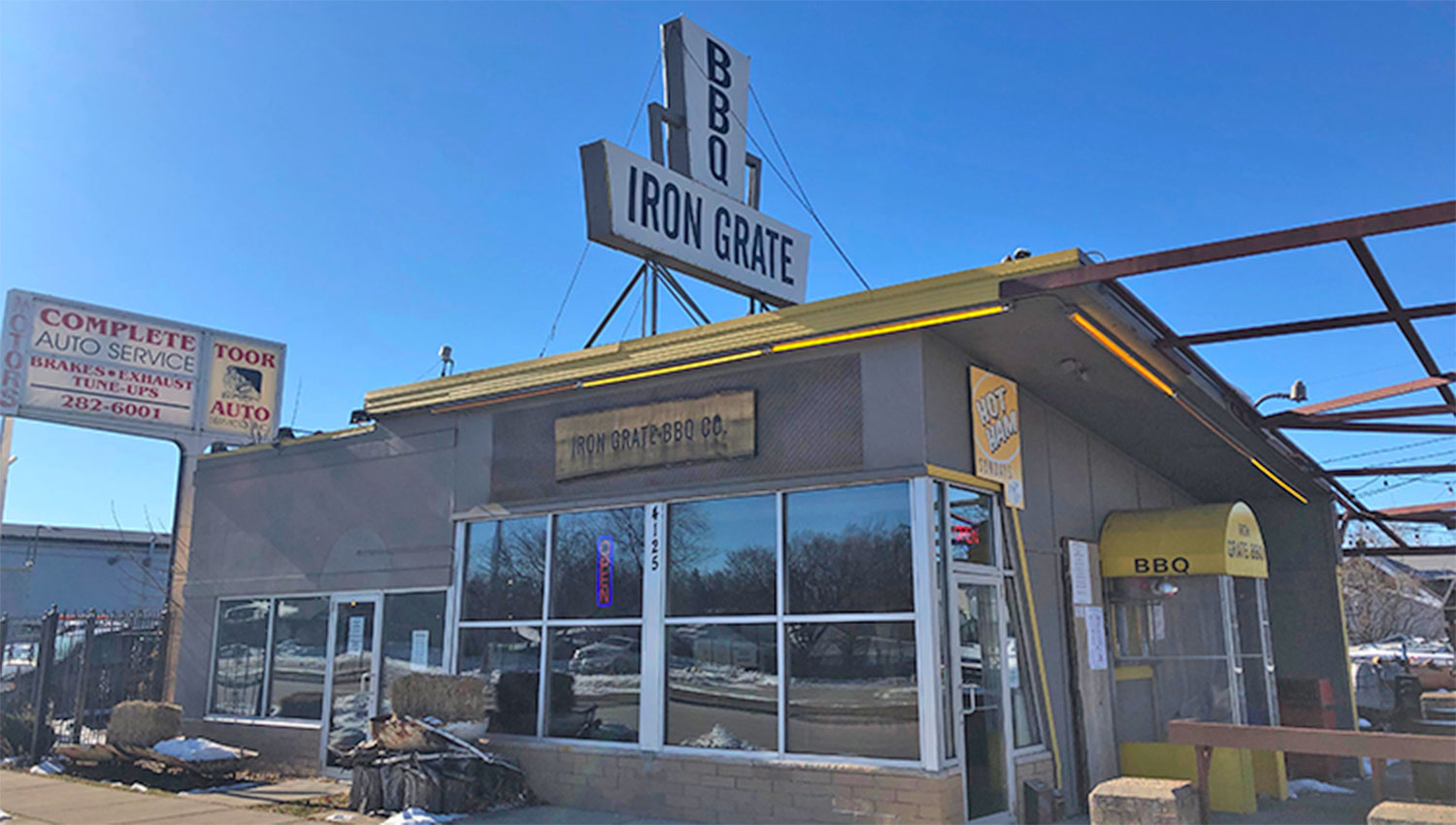 None of this is meant to be a woe-is-me cry for help. I am where I should be. I am, frankly, happier. This is a time of the year, though, where we derive thanks in recollection of our past experiences. I believe that sadness is often the price you pay for having invested in love or appreciation, and while I have experienced sadness for what I won’t get to experience again, I am still truly grateful for all of it. Grateful for what will always be Miller Park to me. Grateful for the jukebox at the Falcon Bowl. Grateful for the steam-covered glasses I’d have when warming my bones over a bowl of oxtail khao poun at Vientiane Noodle Shop—a revered but still underrated restaurant in the overlooked Silver City neighborhood. Grateful for the heaping, insurmountable piles of breathtakingly delicious beef ribs and sausage on the parrillada at El Señorial. I’m grateful for it all, and I’m grateful to have left. 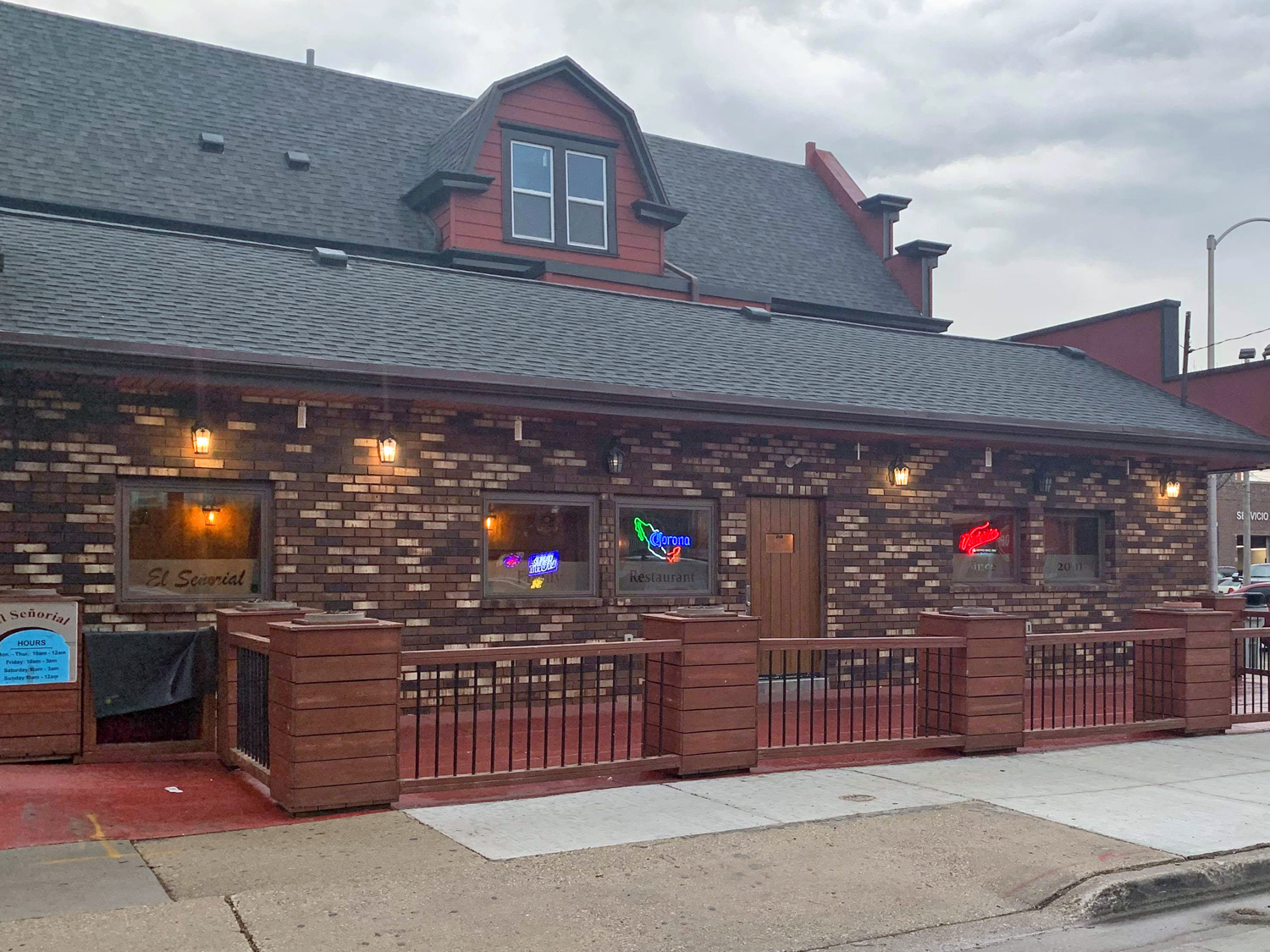 With my departing words to you for this publication, I want to encourage you to be thankful. If you are reading this as a resident of beautiful Cream City, I want you to be present in whatever amazing moment the city provides for you, to know that that is what Milwaukee is giving you. For my food-obsessed mind, a moment of true enchantment can be found in the perfection of Chef Zak Baker’s focaccia della casa. Anyone who’s ever had Katie Rose transfer a drink to them at the bar of Goodkind knows the indelible combination of flavor and service that can only come from that singular mind. That’s the Milwaukee I’ll miss and love, and, over several days in a granular way, will do something adjacent to mourn. With extreme gratitude.

I’m thankful for Milwaukee Record for allowing me to write this out. I’m grateful to look back. Thank you.