If you come to this website with any regularity, we can confidently say you’ve stumbled across the work of Andy Tyra. The Michigan (by way of Milwaukee) illustrator and is the artist responsible for our T-shirt designs, the label of our official beer, and many of our event posters we’ve had through the years. In addition to his work for Milwaukee Record and a variety of other clients spread throughout the Upper Midwest, Tyra recently completed a project of his own and added “author” to his résumé in the process.

Today marks the official release of his first book. In Caverns Below Milwaukee, a Bay View man’s insatiable curiosity about the inner workings of a South Side cobbling shop takes him to unimaginable realms and causes him see his hometown in a whole new way. The book—which Tyra both wrote and illustrated—is rife with local references and nods to Milwaukee-area myths like Haunchyville and the Goatman. After devouring Tyra’s literary debut in a single day this week, Milwaukee Record asked the author and illustrator about blending old world crafts with otherworldly creatures, the appeal of the unknown, and his decision to project supernatural themes through a distinctly Milwaukee-focused lens.

Milwaukee Record: What initially prompted the idea for this book? Something tells me the Cobbler Shoe Service shop that used to be on Oklahoma Avenue sparked at least some inspiration.

Andy Tyra: Yes, I took a pair of shoes to the shop and had them stretched. It cost me $9. I couldn’t imagine how they could stay in business just charging people like me $9 for their work. So I tried to give them a tip…and they turned me down! I guess I found something extremely comforting about those old world shops, and Milwaukee has several of these artisans that just persist. Like the violin repair shop in Bay View, or clockmakers and knife sharpeners. 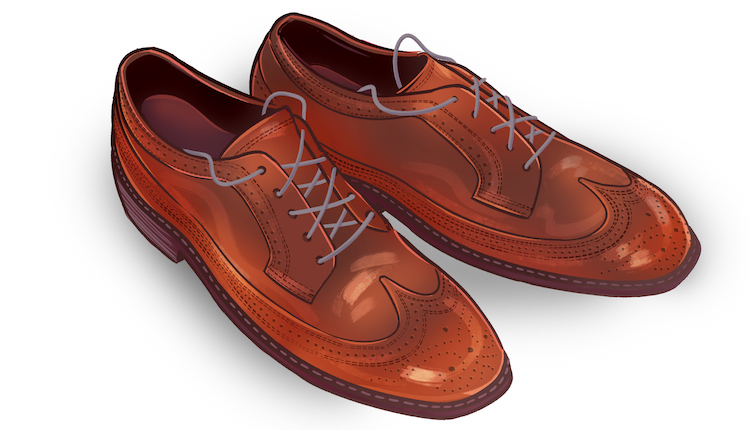 There’s something authentic and magical about these time-tested crafts that fits right into Milwaukee’s old world character. So that was part of it. I also wanted to draw attention to the sort of strange things that happen in Milwaukee…ghost stories, the North Avenue sinkhole, the frozen alligator found in an alley, even the idea of underground tunnels connecting some of the old bars. The final ingredient was my love for Dungeons & Dragons and the fantasy genre, which somehow seemed to fit with those other elements.

AT: With regard to the Hodag, the Goatman and Haunchyville, I see things like that as evidence of people’s innate desire to create myths. That impulse still lives in the human psyche even in modern times. I’m also amazed how people can convince themselves of all kinds of things, both normal and supernatural things. I do it to myself all the time. So many people believe in the Sasquatch and many different things, whether or not they have conclusive evidence or a concrete basis in physical reality. We can make things real for ourselves just through the power of belief.

MR: It seems like Milwaukee plays a prominent role in the book. It’s even in the name! As someone with ties to the city, why was it important to give some local connection to something that otherwise deals with such otherworldly and supernatural themes?

AT: I love Milwaukee so much. And I also love that combination of reality with things that are magical and kind of surreal. I played a lot of pinball in Milwaukee and hung out at bars. I spent a lot of time in Bay View. You would hear weird stories, meet wild characters, and experience magical things just hanging out or sitting on the porch: The moped dog lady. Pinball savants. The giant puppets that performed the reenactment of the labor riots, when workers fought for the eight-hour workday. There was a time when a bunch of penny-farthing bicycles rode past on their way to the Iron Well on Pryor Avenue. Another time, I was with a group of friends, walking home from Burnhearts, and we saw a group of raccoons hanging out on the roof of a house. So many different instances of charming weirdness. 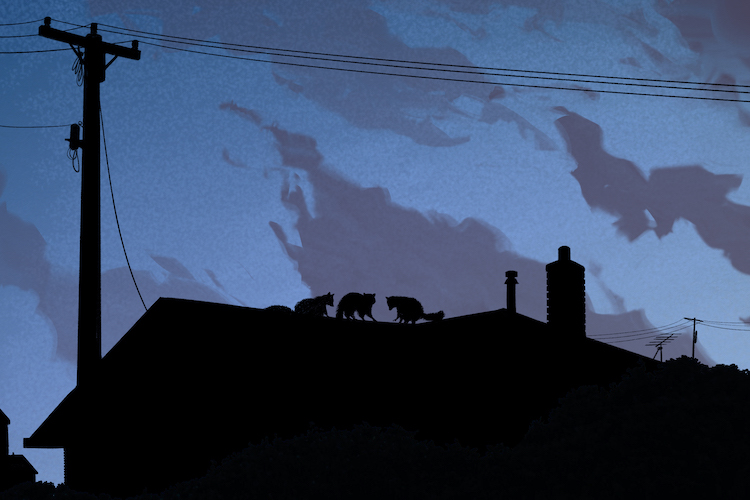 As a writer, I love when otherworldly things interact with a place like Milwaukee that just seems so couched in reality, with its old fashioned grit and cultural mix.

Myths have always appealed to me, and I’ve always loved Dungeons & Dragons. I had a group of friends who would play in Bay View a couple of times per month. Part of the game is about subduing monsters and claiming their treasure. I know that it’s all just for fun and 100 percent not real, but I imagined how the monsters might see our characters as monstrous, threatening creatures. I wanted to shift the perspective, sort of like the way some wild animals might see humans as adversaries. In the story, I address what happens when adventurers find empathy. And so all of these ideas just kind of came together.

MR: On top of real-life local references like Pabst Theater, Dang! soda, and even Milwaukee Record—thanks for that, by the way!—there seems to be a lot of stand-ins for area institutions. Was it challenging to think of new names for beloved local haunts? 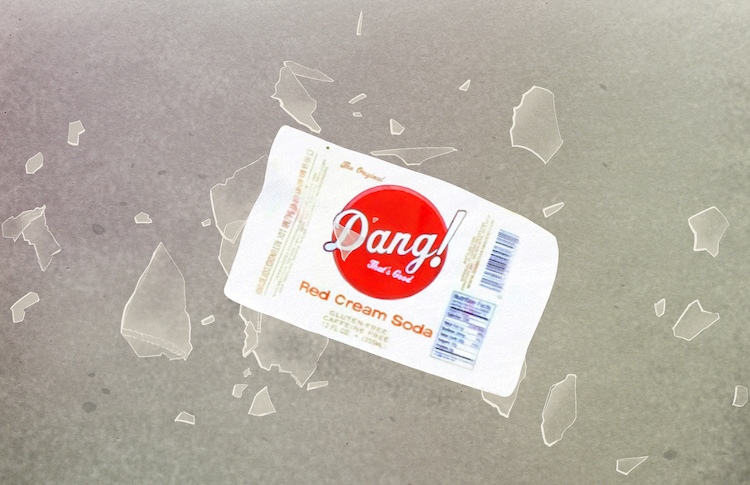 AT: I just sort of came up with a slant rhymes and thought about alternate names off-the-cuff. It was actually harder for me to not just use the actual name. I love these places and thought it added something to reference real places, but I didn’t want them to get mad if, you know, they didn’t like the way they were portrayed. People can certainly guess.

MR: Being your first book you’ve written and illustrated, what did you find to be the most challenging parts of putting this together? Was there an internal struggle to make the text match the quality of the illustrations and vice versa? Most people only have to deal with one of those aspects.

AT: I wanted the illustrations to add something and not just act as window dressing. The challenge was to make sure that the images and text worked together. I’ve always loved the fantasy genre—playing D&D as a teenager and then again with a group in Milwaukee—and that kind of honed my ability to visualize absurd or fanciful things as if they were real events. So I think that helped me through the challenge of drawing some of the more surreal images. 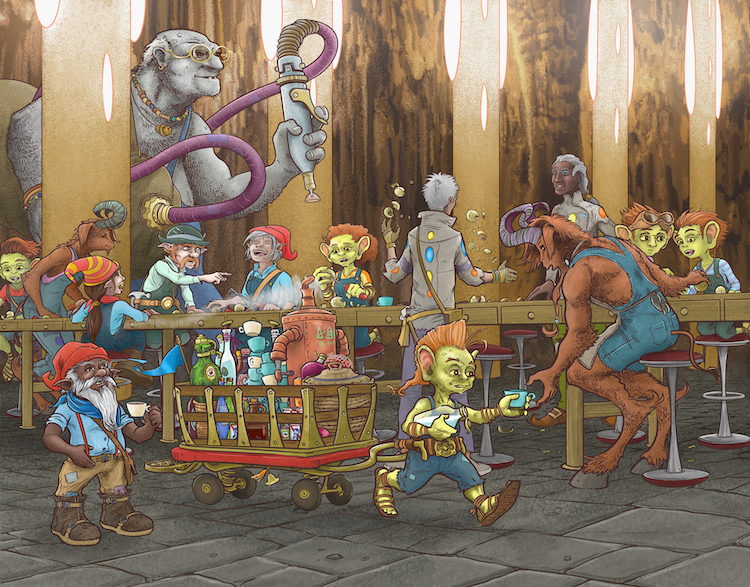 MR: What are some of the Midwestern legends that intrigue you most? Also, I think I learned about the Goatman from this book, so thanks for that.

AT: Well, the Goatman is so great, and I illustrate him in the book. He apparently interrupts people during intimate moments on “Lover’s Lane.” In Michigan, there’s the legend of the Dogman. Part of the character’s adventure unfolds in a hidden village within the forests of Muskego—the mythical enclave called Haunchyville—where there is allegedly an albino man who watches over a group of reclusive circus performers. They say it’s at the end of Mystic Drive and although I’ve never been there, and the local police don’t like you going there, I was very intrigued by the idea itself and the origin of it. Where did that story come from? How would a place like that really exist without being discovered and exploited? So I explore that in the book.

MR: How can people purchase Caverns Below Milwaukee? And are there hopes to come to town for any in-person events at some point?

AT: It’s available to order in paperback and also as an e-book on my website. I will take any reason to come hang out in Milwaukee, so I’ll keep you posted. 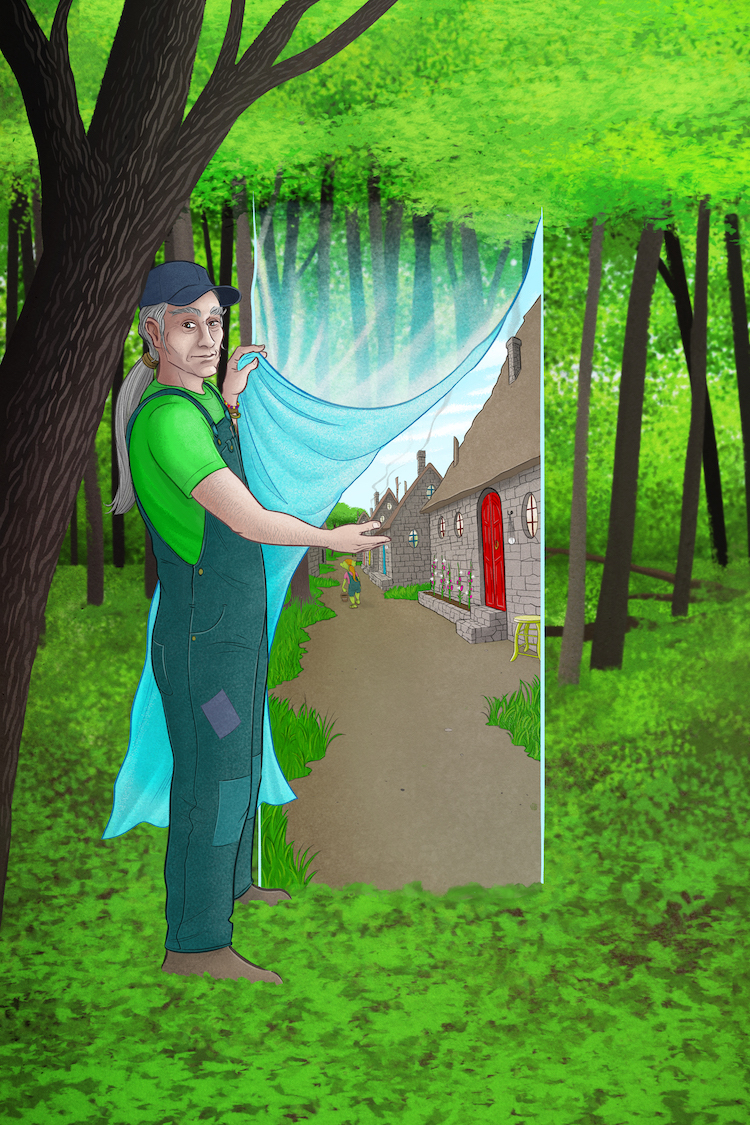