Who doesn’t love a fast food promotion? We know we can’t resist the limited-time opportunity to indulge in unconventional franchise fare like Taco Bell’s Kit Kit Quesadilla, the Arby’s Venison Sandwich, McDonald’s cheese curds, and Starbucks’ Zombie Frappuccino. Trying these test market rarities helps consumers feel alive while their lifespans are being shortened, and feel as if they’re part of something in a world that means nothing. Though most chain restaurant promotions are desperate cash grabs that prey on customer curiosity, White Castle‘s latest menu item is all that stuff with a somewhat noble twist.

Last week, the polarizing establishment made history by becoming the first fast food chain to serve the Impossible Burger. The plant-based vegan patty is already available at a variety of local restaurant, including Merriment Social, Fuel Cafe 5th Street, Burger Moto, all Lowlands restaurants, Strange Town, and numerous other locations. Unsurprisingly, it’s great. But how would the fast food adaptation compare? Would an affordable take on the fairly pricey Impossible patty be a let down? We had to find out. 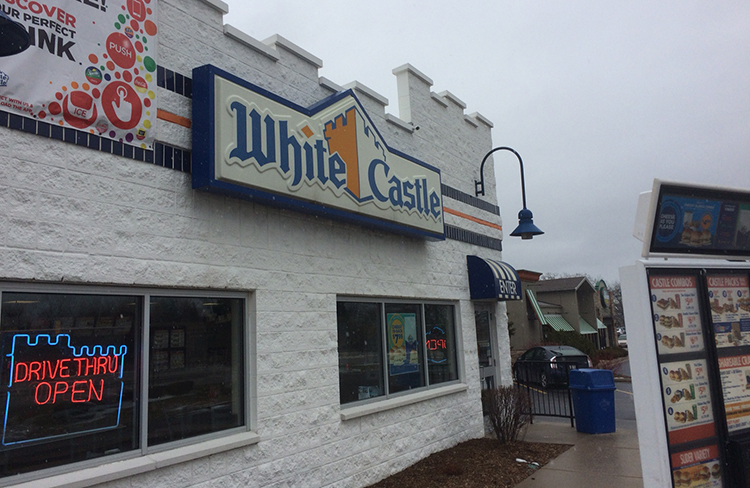 Days after The Impossible Slider hit the market, we drove past two other southeast Wisconsin points of pride—Bong Recreation Area and Mars Cheese Castle—en route to Wisconsin’s one and only White Castle, located in Kenosha. 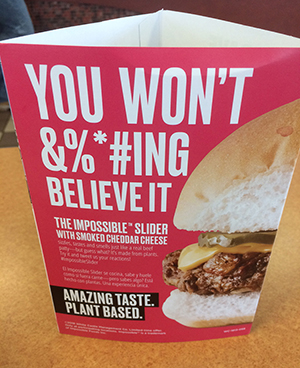 We’ve always felt White Castle got a bad rap. Unpopular opinion: White Castle is actually pretty good and people should get off their high horse and just accept it already. Anyway, while most fast food franchises don’t exactly tout their veggie burgers, the Impossible Slider was proudly advertised on the restaurant’s windows, on in-store materials, and even promoted with a $5 meal combo that included an Impossible Slider, a regular slider with cheese, fries, and a drink.

The Impossible Slider was also sold individually for just $1.60. Most Impossible Burgers we’ve seen in Milwaukee run at least $10, so we weren’t sure what to expect from this especially inexpensive version. It’s important to note that White Castle’s “vegan slider” distinction only applies to the burger patty and the bun. The burger is topped with smoked cheddar cheese. Like their meaty counterparts, Impossible Sliders come with diced onion and pickles. 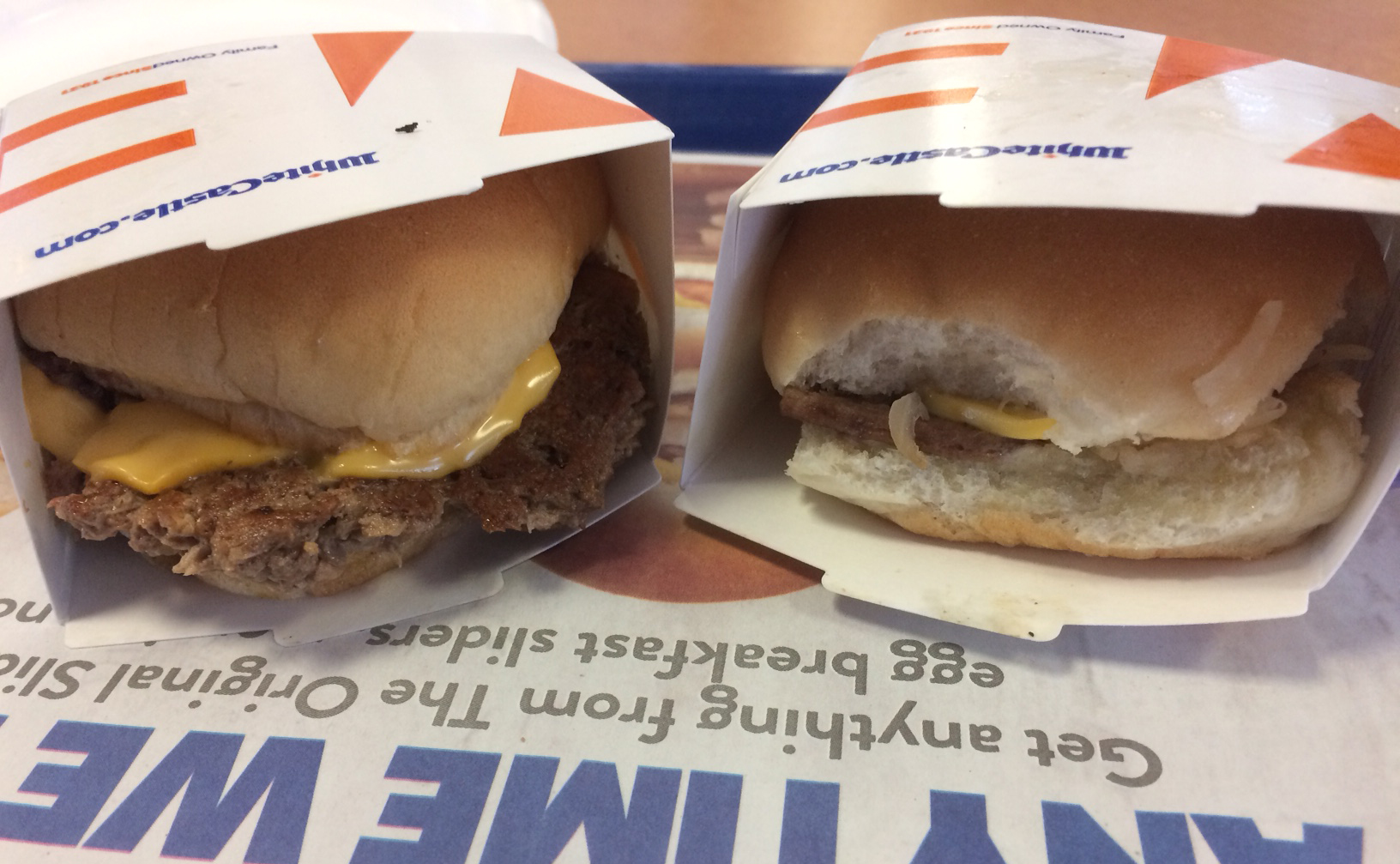 For the sake of comparison, we ordered the $5 combo. The cashier warned us it would be a seven-minute wait because the Impossible Sliders were prepared fresh for each order. Other than being made fresh, we noticed the Impossible (pictured left) differentiated from the original slider in a few ways once our order arrived. The patty was larger, thicker, and the cheese was more abundant and better than its tiny, American cheese-topped combo partner. 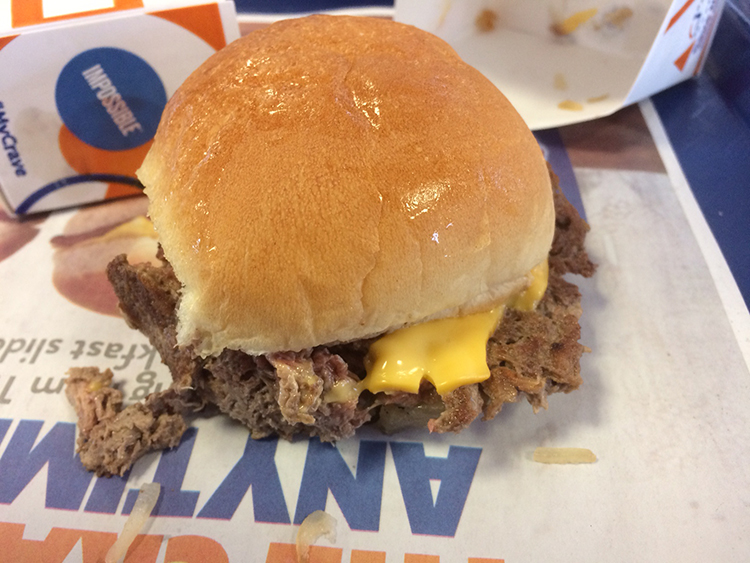 Once out of its sleeve, the Impossible Slider was somewhat brittle, but the same steaming method that caused pieces to break off also worked in the burger’s favor. The patty took on flavor from the onions that cooked on top of it and absorbed some pickle juice to make each bite far more enjoyable than the original slider. The Impossible Slider isn’t just a good vegetarian representation of a White Castle Slider, it’s a better burger in general.

As we prepared to leave, an employee asked how we liked the Impossible Slider and she told us they were selling well. She said they’ll be available until June. Who knows, maybe they’ll catch on for good, but the Impossible Slider is a only limited-time offering at this point. So if you find yourself near Kenosha anytime soon or you feel like taking an adventure with a friend, try the Impossible at White Castle while you can.