It’s been quite a month for multi-national restaurant chains releasing batshit crazy stuff that seem more like dares than they do viable menu items. As of last week, Milwaukee is among a select few U.S. cities that will be able to try Taco Bell’s “Chocoladilla” before it’s likely phased out (because it’s very, very bad), and Arby’s released its surprisingly good Venison Sandwich for one day only last Saturday. A few days ago, Starbucks threw its hat in race for most fucked up foodstuff released this October with its new Halloween-related abomination, the Zombie Frappuccino.

The latest limited-edition beverage from the colossal cafe, which recently brought you such sugar bombs as the Unicorn Frappuccino and the Ombré Pink Drink, is a frightening blend of caramel and apple flavors, raspberry whipped cream, and (at least we can assume) a little bit of coffee. The clashing tastes are bonded by one common ingredient: tons and tons of sugar. A grande (16-ounce) Zombie Frappuccino has 54 grams of sugar—with the huge billowing crown of rich raspberry whipped cream likely accounting for at least half those grams—and 290 calories.

Strangely, this late-October release is an iced beverage…though “beverage” is a bit generous, since the amalgam of artificial green apple powder, whipped topping, milk, and syrups is reminiscent of a cold cup of thin cupcake batter. Spookier yet, when the it’s mixed together, it takes on an unsettling purple hue. You’ll be shaking by the time you’re done with it, due to some combination of the drink’s frigid temperature, the heroic dose of sugar in your system, and the legitimate concern about what you’ve just done to yourself. The Zombie Frappuccino is available at Starbucks locations throughout the U.S. and Canada while supplies last. Try one while you can or, you know, maybe don’t. It’s your life. 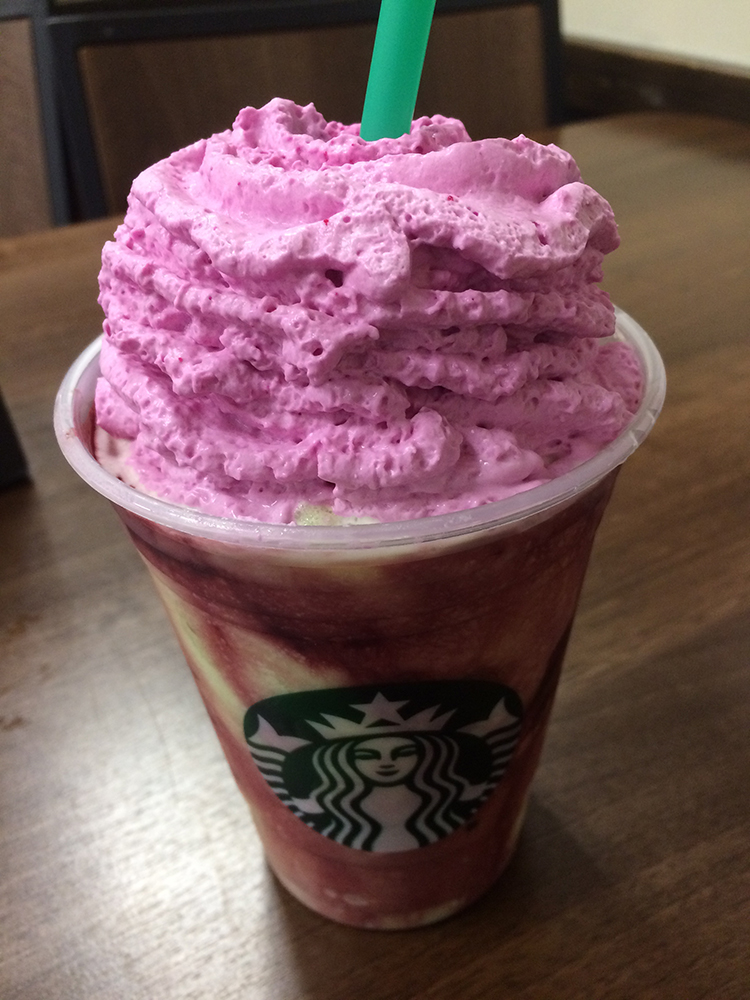