Comedian Joe Mande might not be a household name, but you’re certainly aware of his work. He’s written for Parks & Recreation, Kroll Show, The Good Place, Delocated, and Master Of None. He’s had on-camera roles on those first two shows, as well as minor parts on Modern Family and Hacks.

More than five years removed from his last Milwaukee headlining appearance (at the now-closed Underground Collaborative), Mande will swing by The Laughing Tap in Walker’s Point. Before Mande performs TWO SHOWS at The Laughing Tap Saturday night, we asked him about basketball, recent guest roles, getting back on stage, and more.

Milwaukee Record: I know you’re a Timberwolves fan. What are you thoughts on the season?

Joe Mande: It was sort of a disappointing end, but I was very happy because, you know, they were much better than most people expected. And I would take a bullet for Anthony Edwards, so you can’t be too upset after the last 18 years.

MR: The play-in game was insane. There were a lot of huge leads given up, but it’s a year to build off of.

JM: Yeah, for sure. Like I said, they probably should have won that series, but they’ll come back better and stronger.

MR: Are there any thoughts on the rest of the playoffs? I’m speaking to you from Milwaukee, but don’t let that adjust your response.

JM: I know. Well, my friend Alan and I went to Game 6 of the Finals last year and saw the Bucks win. That was very exciting. I have no investment in either team, but it was very cool and I feel like the city kind of owes me. I’m not going to take full credit, but I definitely played a part in it.

MR: I would say so too. Are there any predictions though? Do you think they’re going to repeat?

JM: I think they have a very good chance. I mean, I think the winner of this series is going to win the East. So yeah, Bucks or Celtics…then, I don’t know, the Warriors? Who knows. It feels like it’s anyone’s chance this year.

MR: Yeah, I think anyone except the Sixers or the Mavericks, probably.

MR: But, I’m sorry, onto you and non-basketball stuff, what’s it like to get back on the road again?

JM: It’s been a joy. I’ve missed it. It’s been weird. I had a bunch of material, you know, right before COVID. It’s just been a funny process of remembering old jokes and trying to write new ones, but I’ve had a great time.

MR: Even though you wrote material you weren’t able to do or had to repurpose, I feel like there were a few things [during the pandemic] I knew were your work. One of them was the Michael Clayton sign. What was the impetus of that?

JM: Oh, well, there’s these sort of virtue signaling signs all over my neighborhood about, like… 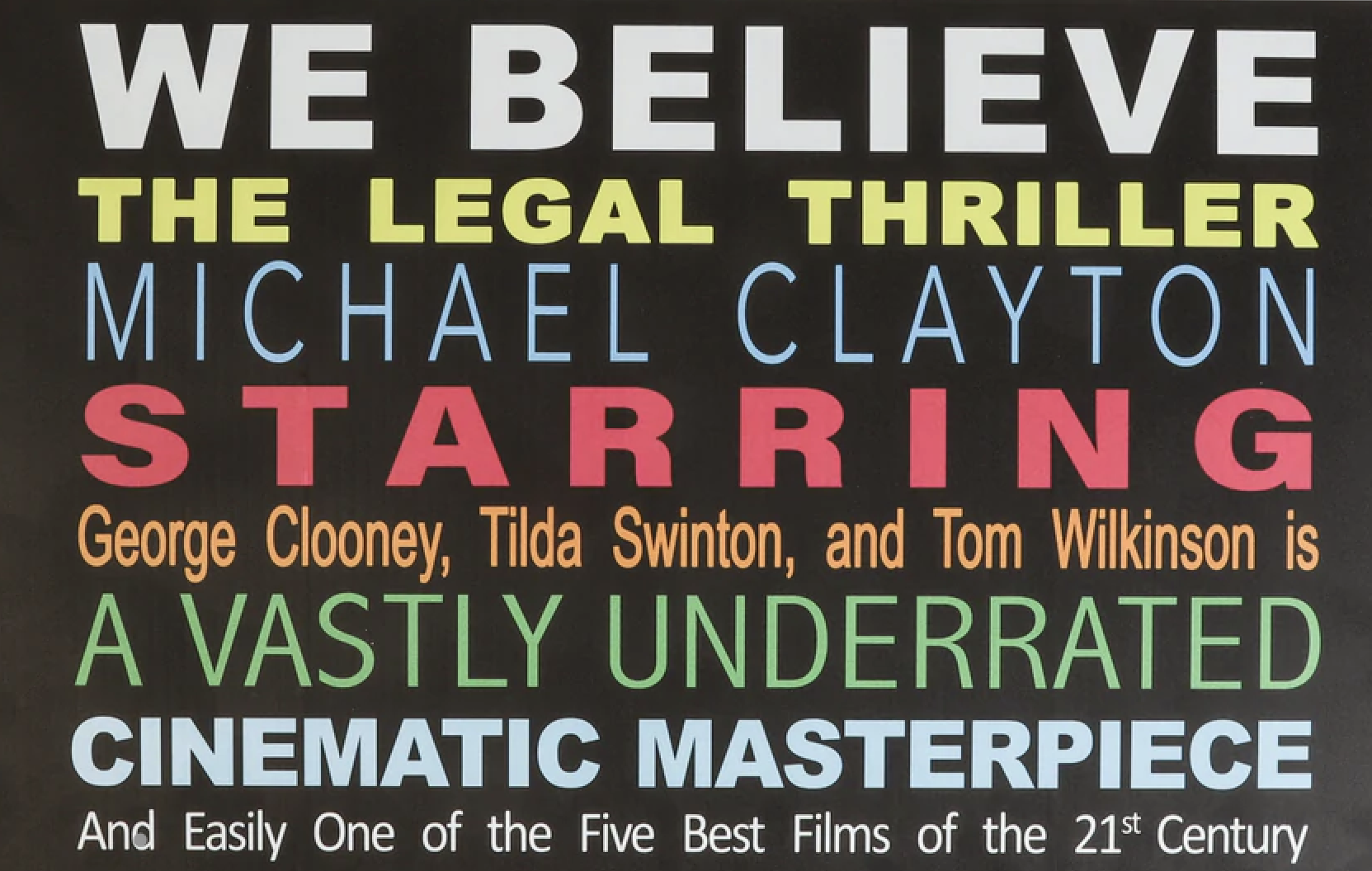 MR: We believe in science in this house, and…

JM: Yeah. I just think they’re, at a certain point, like meaningless or preachy and I was just thinking of a sign that I could stand by with the same sort of design aesthetic. I’m very passionate about the movie Michael Clayton. I’ve probably seen it like 200 times, so I made it as a joke and people started buying them. They’re available at JoeMande.com.

MR: Will there be any available at the shows on Saturday?

JM: No, I think I’m only bringing bumper stickers and my new MFT Project, which are Mande Fungible Tokens.

MR: And then another thing I know you worked on and were very involved with in the last two years was the show Hacks, and you were on screen for a few episodes.

JM: Yeah, I was very lucky to be involved. It’s been fun. The process has been very strange. We got used to it—all the writers, we were on Zoom every day writing the show over Zoom. And there was a ton of protocol stuff when it comes to actors. So it’s already kind of grueling to make a TV show, and then you add the safety protections on top of it, it’s even harder, but I’m excited for Season 2. I think it’s going to be really good.

MR: And that’s out—the first episode is out—on May 12th. I know you’re probably not able to say much, but can we expect more Ray on Season 2?

JM: I’ve heard Ray might make an appearance. I don’t think HBO Max will be mad that you reveal Ray will be in an episode.

MR: I’m happy you told me because if Ray wasn’t involved, I wasn’t going to watch.

JM: That’s what I said. The fans are going to protest. You got to put Ray in.

MR: Yeah, the Ray-Heads will riot.

MR: I think Ray is the latest example of you having a relatively little part in a widely-loved and very well-respected series. What is the role you’re most recognized from? 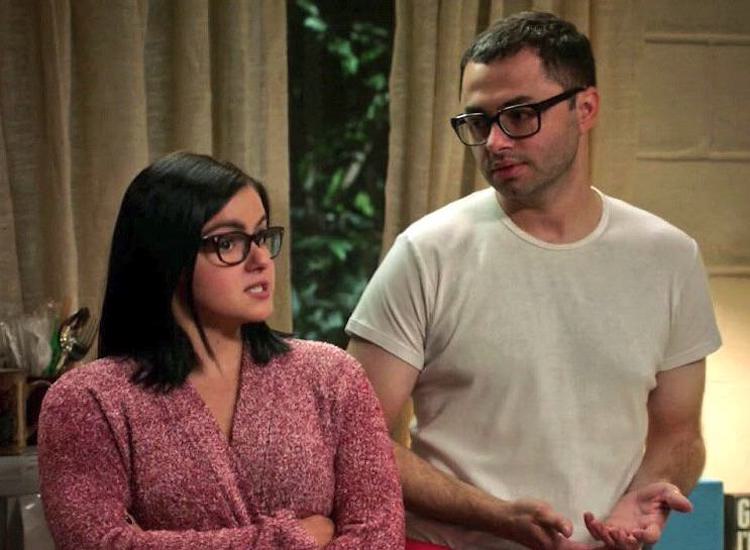 MR: Onto the Milwaukee shows…I’ve seen you at the Riverside and I’ve seen you in the basement of a mall. What are a few of your Milwaukee memories or some of the things you’re looking forward to with you being back in the Midwest?

JM: I always enjoy performing in Milwaukee. I think people come out because they don’t have to drive to Chicago to see you. I’m from St. Paul, so I feel very comfortable in places like Milwaukee. It feels somewhat like home. I truly just like places where people love a beer.

JM: I’m excited. I don’t think I did any of this material the last time I was in Milwaukee, so it’ll be all new and I hope people come out. My goal is to get any of the Antetokounmpo brothers to come to a show. Giannis, I know, is asking too much. Next time in Milwaukee, it’s going to happen.