I glanced around as I walked up to the bar at Tom’s Foolery, a pub located in the basement of Tanner-Paull American Legion Post 120 in West Allis. A few people were walking around or playing games, while just one person was drinking at the bar. No one was eating. “What can I do for you?” the bartender asked, as I started to take a seat. “Do you guys have food?” I inquired, with a hint of uncertainty in my voice. “Not until six or six-thirty” was the response back. It was 5:40 p.m. on a Friday and my body knew it was fish fry time. If I stayed, it would be at least 20 minutes—maybe close to an hour—before I would be served. And would the wait be worth it? Although I had found a little bit of information online pointing to Tom’s Foolery having a decent fish fry, with no people already there clamoring for fish and not even a hint of fried food in the air, I made a split-second decision and walked out.

Milwaukee has a lot of places that serve fish frys, but West Allis—a city about a tenth of Milwaukee’s size—might actually have more. Well, that might be stretching it, but they at least have to have more fish fry locations per capita. It’s hard to go more than a block on one of the city’s main roads without going past one. So, I wasn’t worried that I wouldn’t find a spot nearby. Although I could have looked at my Google Docs page where I keep fish fry ideas, on which some West Allis locations are listed, I instead decided to Google “all-you-can-eat fish fry West Allis.” I then found Limanski’s Pub (8900 W. Greenfield Ave., 414-453-9211) listed second on Yelp, right after Randy’s Neighbor’s Inn. I was getting hungrier by the minute, and that was all the info I needed to get myself to head there. 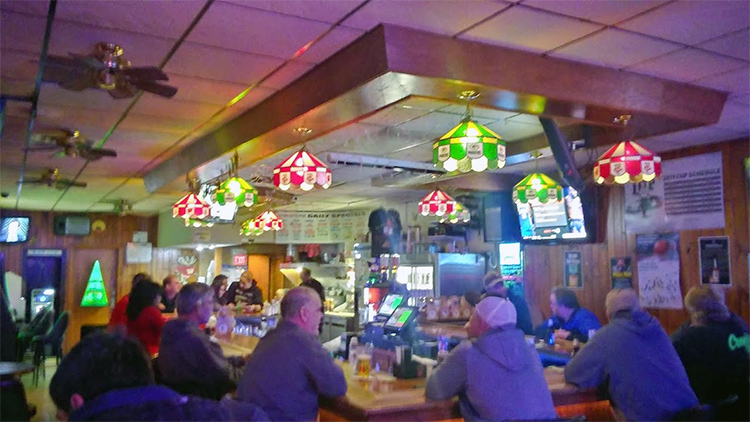 Limanski’s Pub is located in a brick building on the northwest corner of Greenfield Avenue and 89th Street. The spot was home to Larry Michael’s during the 1990s, ’00s, and well into the 2010s, and in the decades prior it had been home to establishments like Shirley’s Tap and The Last Straw Saloon. Upon walking in, I took a seat a third of the way down the bar, which is reminiscent in shape to the Big Dipper—square-like on the near end, and extending out like a handle towards the other. A few high top tables can be found near it, and an adjacent room has a pool table and dart boards.

I ordered an Old Fashioned, which was muddled with cherries and a humongous orange slice. The bartender set more cherries and another humongous orange slice atop it after setting the glass in front of me, and it was so full that I spilled some of it as I raised it off the bar. Other than the fruit, it was mainly just booze and soda, with little or no mix or bitters as far as I could tell. 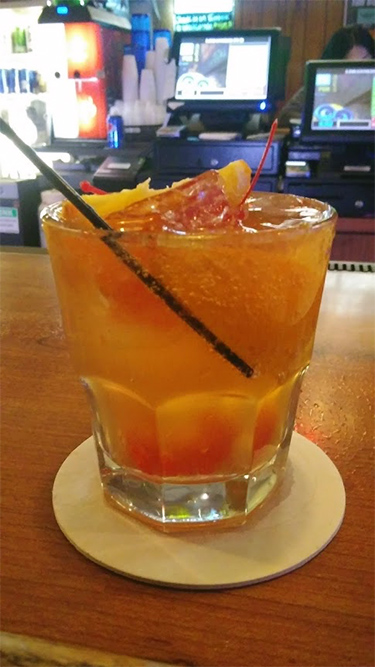 I took a look at the menu, and to my surprise, it said nothing about all-you-can-eat fish. Instead, it listed a two-piece battered haddock fry for $9, with additional pieces available for $3. The only other items under the Friday specials were a fish sandwich and jumbo breaded shrimp. But when I looked up at the permanent “daily specials” board my hopes were once again raised, when I saw all-you-can-eat fish listed for $12. I asked and was told that there was no all-you-can-eat fish, haddock was $9, and each additional piece was $2.50 (yes, not $3). (Even more confusing, the online menu says they have cod and that it is all-you-can-eat.) I ordered the haddock with an extra piece.

The plate came out with two pieces of fish, and I was brought the third piece moments later. Like last week’s fry, the fish covered a mound of fries. I didn’t think it was possible, but I may have gotten more than last week. This time around they were a little saltier, but there still wasn’t anything that exciting about them. I guess maybe I am just missing potato pancakes. Who needs fries when a potato exists that’s all killer, no filler?

I’ve seen a few comments online of people saying I should probably get my cholesterol checked. Usually I’d disagree, but if I had this week’s fish fry every week, they might be onto something. The fish was covered by a thick, greasy batter. It wasn’t very flavorful, and it just felt unhealthy. Although the haddock pieces were large, there was too much batter covering them—the bulky batter was driving this boat, and the fish was in the back seat. The haddock itself was also average at best. Although the standard tartar was respectable enough, it wasn’t able to redeem the fish.

The strongest point of the meal was likely the coleslaw, which was sweet and crunchy, but otherwise not out of the ordinary. As for the rye bread? Well, after I didn’t receive any, I asked about it, and I was told they were out. A lady sat next to me shortly after I had gotten my fish fry, and ended up ordering one after she saw I had one. To my amazement, she ended up being given rye bread. Evidently, a bag of it had been located. I found this to be amusing more than aggravating. 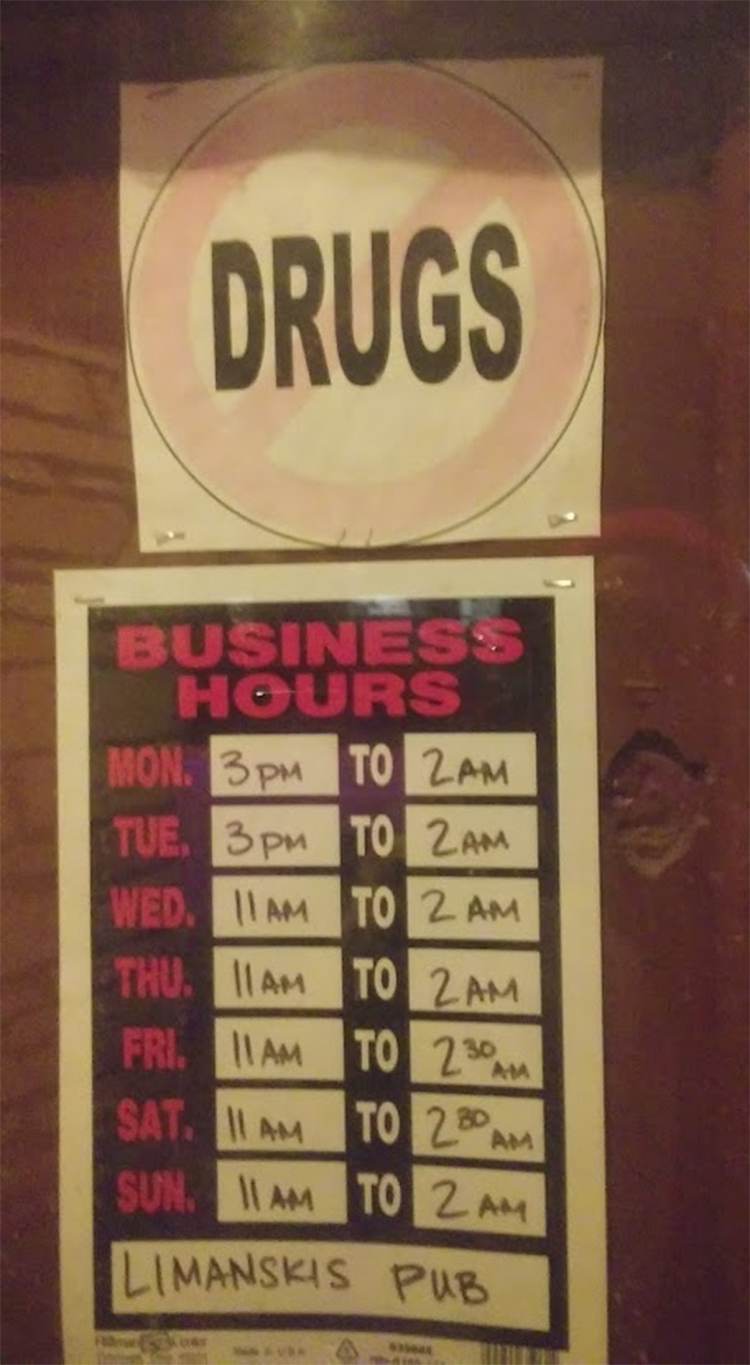 Limanski’s Pub has a fish fry. Would I recommend trying it? Nope, not unless you really like your fish batter-forward and you want a billion french fries you won’t be able to finish. That’s not to say they might not have other more enjoyable food. For example, they seem to have a pretty solid reputation when it comes to wings. But when it comes to fish in West Allis, you are better off going to places like Randy’s Neighbor’s Inn or Kegel’s Inn to get your fill. Relatively speaking, a place like Guzzlers wouldn’t be a bad choice either, and you could also take a gamble at one of the other 500 fish fry locations in the city. If you don’t find exactly what you want one week, you don’t need to worry. Fridays, they always come back around.

Takeaways: Brimming, big-oranged Old Fashioned; it’s not an all-you-can-eat fish fry, but it probably was until recently; you can add on pieces, so I guess it’s sort of like the same thing as all you can eat, as long as you only buy like one extra piece; I think I was given more french fries than last week; the fish was too batter-heavy for my liking; I wasn’t given any rye bread and was told they were out of rye bread, and then the person next to me was given rye bread. 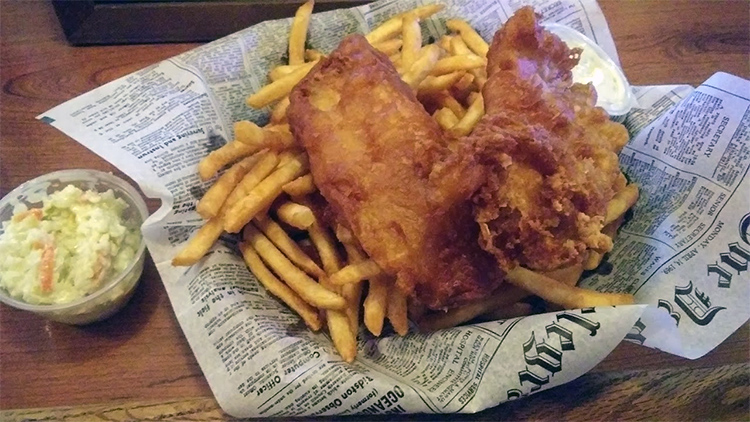