Have you, too, been blocked by Corey Feldman? If so, now there’s a patch for that. Created by Milwaukee’s Jerod Freitag, the official “Blocked by Corey Feldman” patch depicts the former Goonie in full Michael Jackson regalia, giving a gloved “You are blocked from following @Corey_Feldman and viewing @Corey_Feldman’s Tweets” gesture. It’s the perfect accessory for any jacket, purse, book bag, or vampire-hunting headband. It’s also available now at Sparrow Gallery.

We still legit love you, Corey. Don’t give in to some sketchy medical marijuana “shakedown.” Fight the good fight. Consider unblocking us. #Go4It. 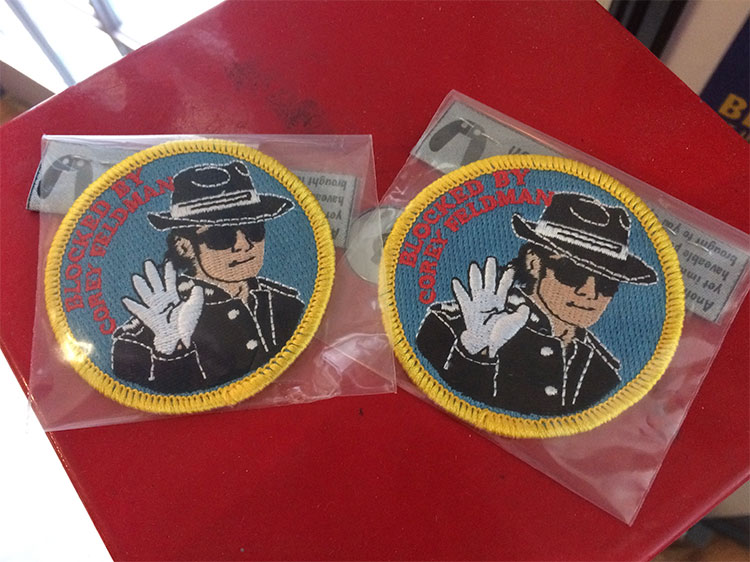