The Modjeska is shuttered, and has been since the dawn of the new millennium. The old Goldmann’s, which had a brief resurgence as Mitchell Street Menswear, also closed down recently. Mitchell Street was once a shopper’s utopia, a place where anyone could get anything they were looking for. Now, Mitchell Street is a place where baptism or quinceañera items can be found, and it boasts some of the best short-order and dine-in restaurants in the city. Pizza, kebabs, tacos, you name it. There is a place that still holds true, however, and it’s like stepping back in time to the mid-1980’s when you pass through the heavy glass doors: the Mitchell Street Mall (1020 W. Historic Mitchell St., 414-389-0040). 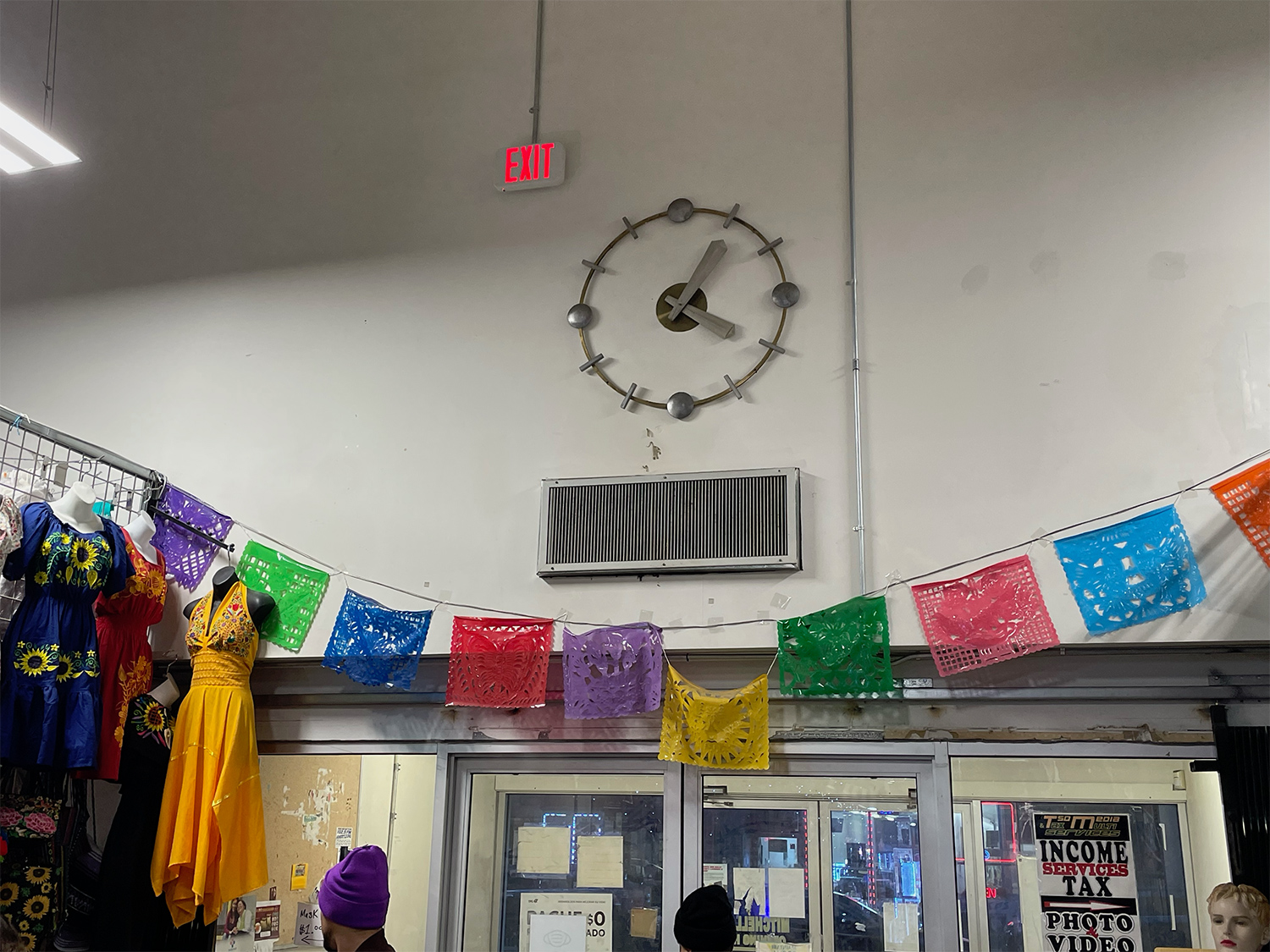 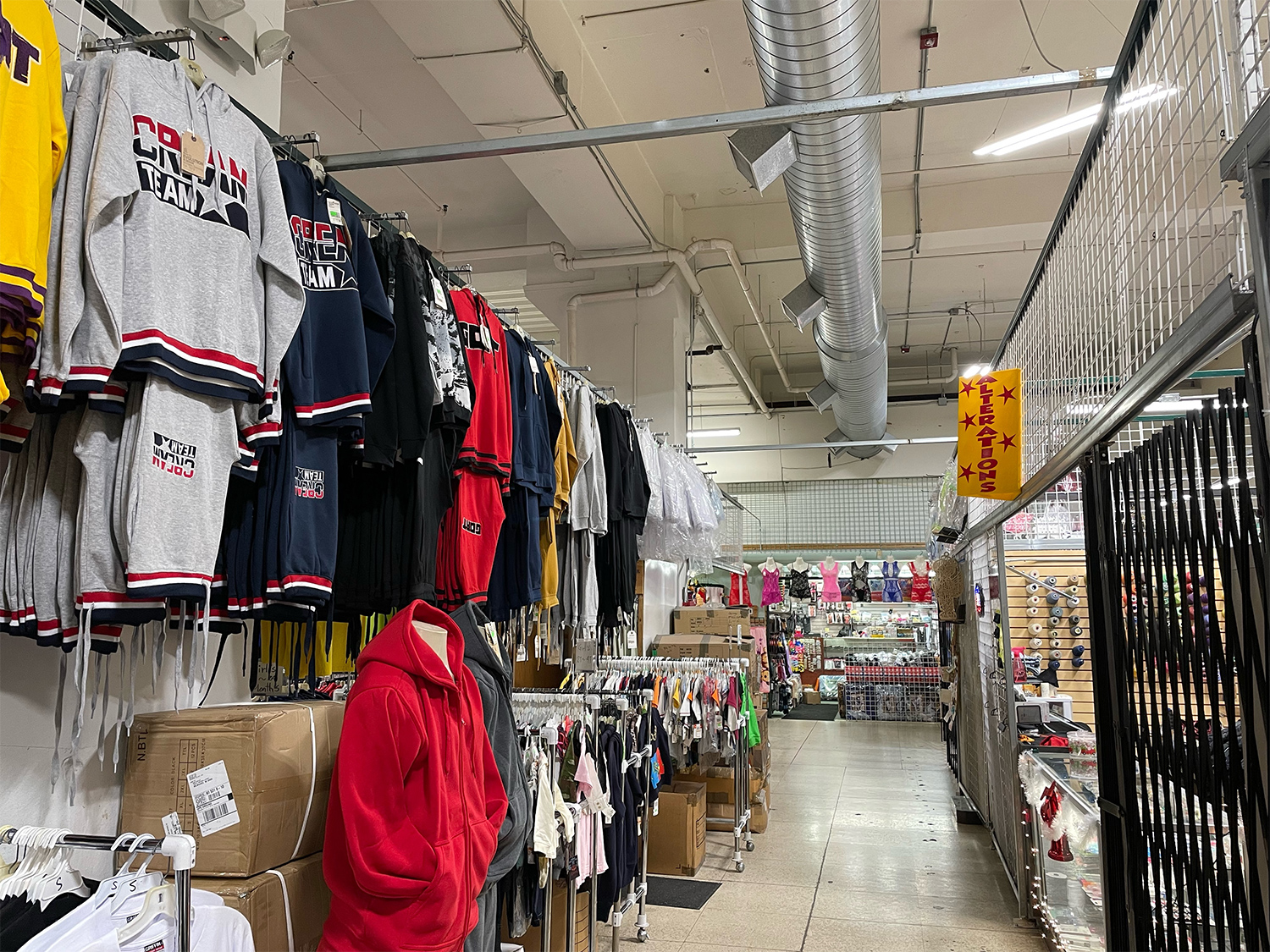 The mall is situated in the Schuster Lofts, an apartment building famous for being the former home of Milwaukee-born UFC fighter Anthony Pettis. Before that, the building was Schuster’s Department Store. Schuster’s was founded in 1883, utilized an early version of a charge card, and even had Golda Meir working as a cashier after she graduated high school. The building is made of Cream City brick and wraps around 11th and Mitchell, reaching into the sky ominously like the setting of the final scene of 1984’s Ghostbusters.

The mall is more of a flea market, or tianguis, as people sit in their booths and sell various items and trinkets. Merchandise ranges from jewelry and blankets to streetwear and statues of none other than Jesus Christ. I talked to one of the shop owners, Estela Torres, who told me she has been selling statues and bibles for the last 25 years in the exact same spot. I remember visiting the location with my mother when I was still in kindergarten. 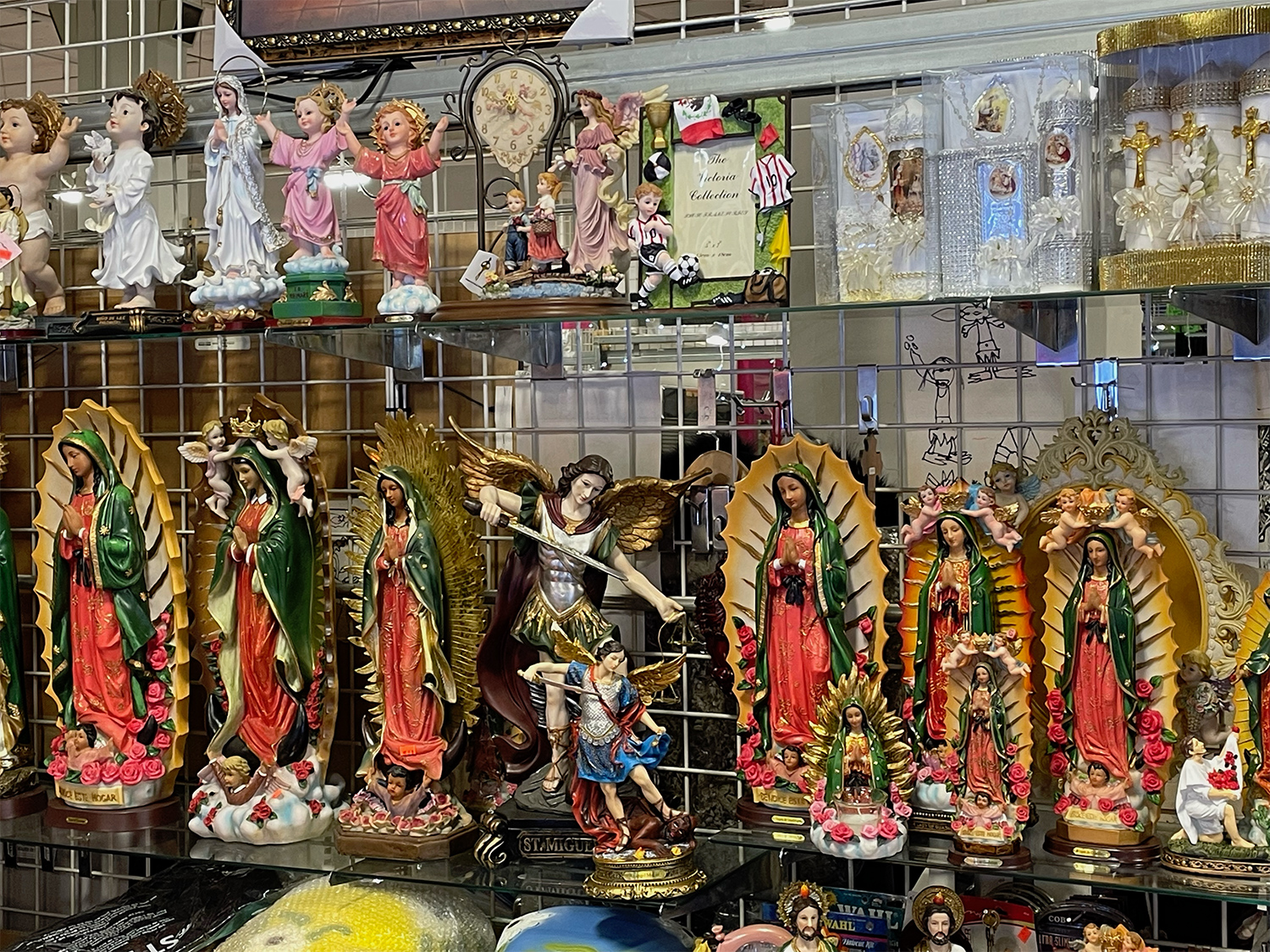 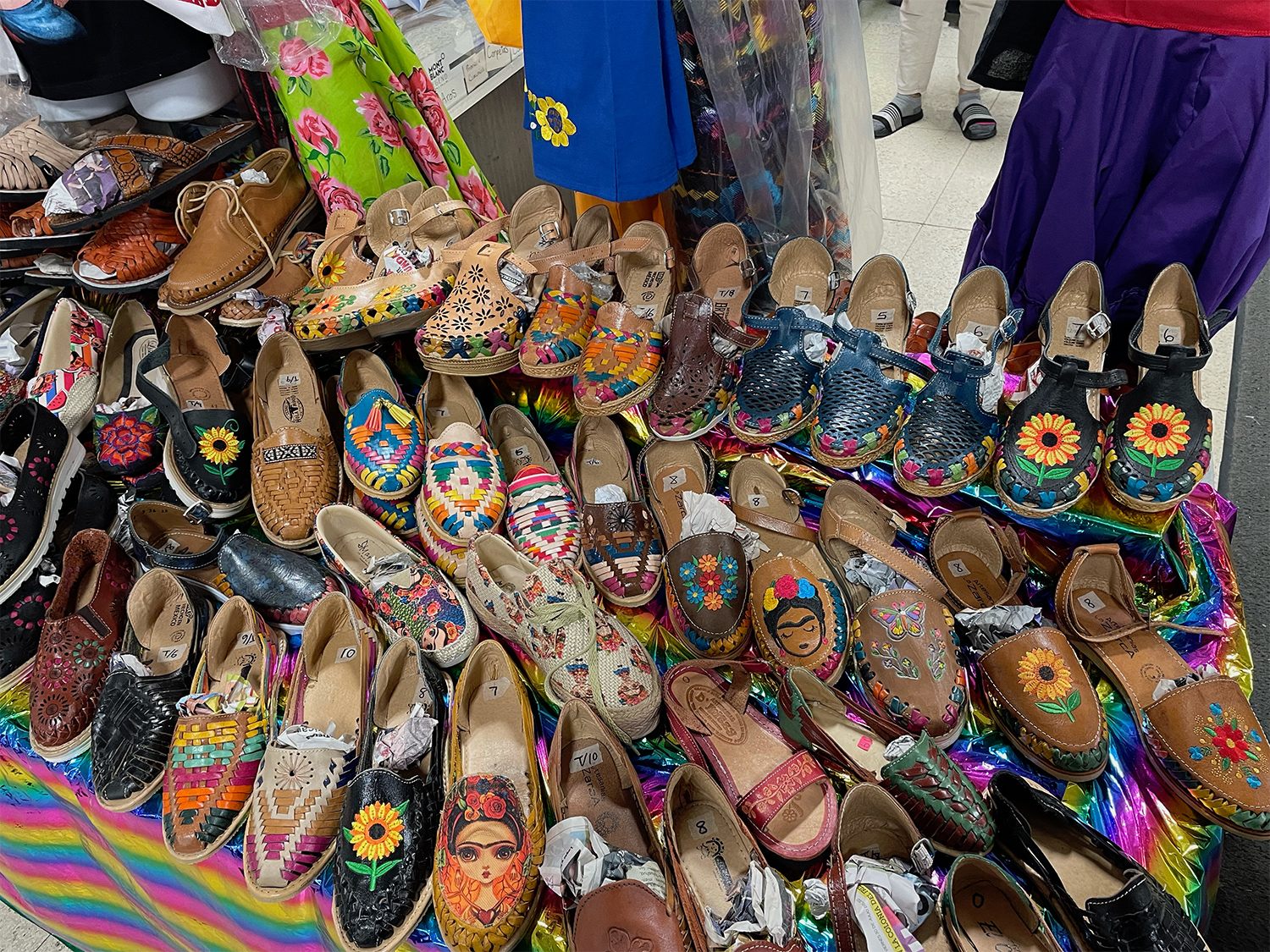 The smells are very much that of a department store from the old Cream City days. The ceilings are wide and high, and sit above rows of offices on the second floor. I was yelled at for trying to go up the stairs to get a picture of the mall from above, so shoppers are not allowed up there. Don’t be like me, save yourself the embarrassment.

There is no place to get food, but there are places to stop for snacks. There is a store that sells mostly Mexican candy and is modeled to look like a corner store in the hood. The candies are plentiful, and the prices are moderate. It is located next to the hat shop, which has to be the second-biggest stall in the place. “Loud” or “Milwaukee” is etched on beanies and ball caps. This stand is run by a man who speaks mostly Vietnamese and is very helpful with advising what would look good on you. Good salesman, too. I walked out with a “414” beanie.

The biggest stall is definitely the streetwear stand, which sells Dickies and Ben Davis, as well as other old-school raza culture brands that are reminisced over gleefully. The stand is run by a mother and her son, who asked me if I was looking for anything specifically. “No,” I said. “Just really enjoying the vibe of this place.” 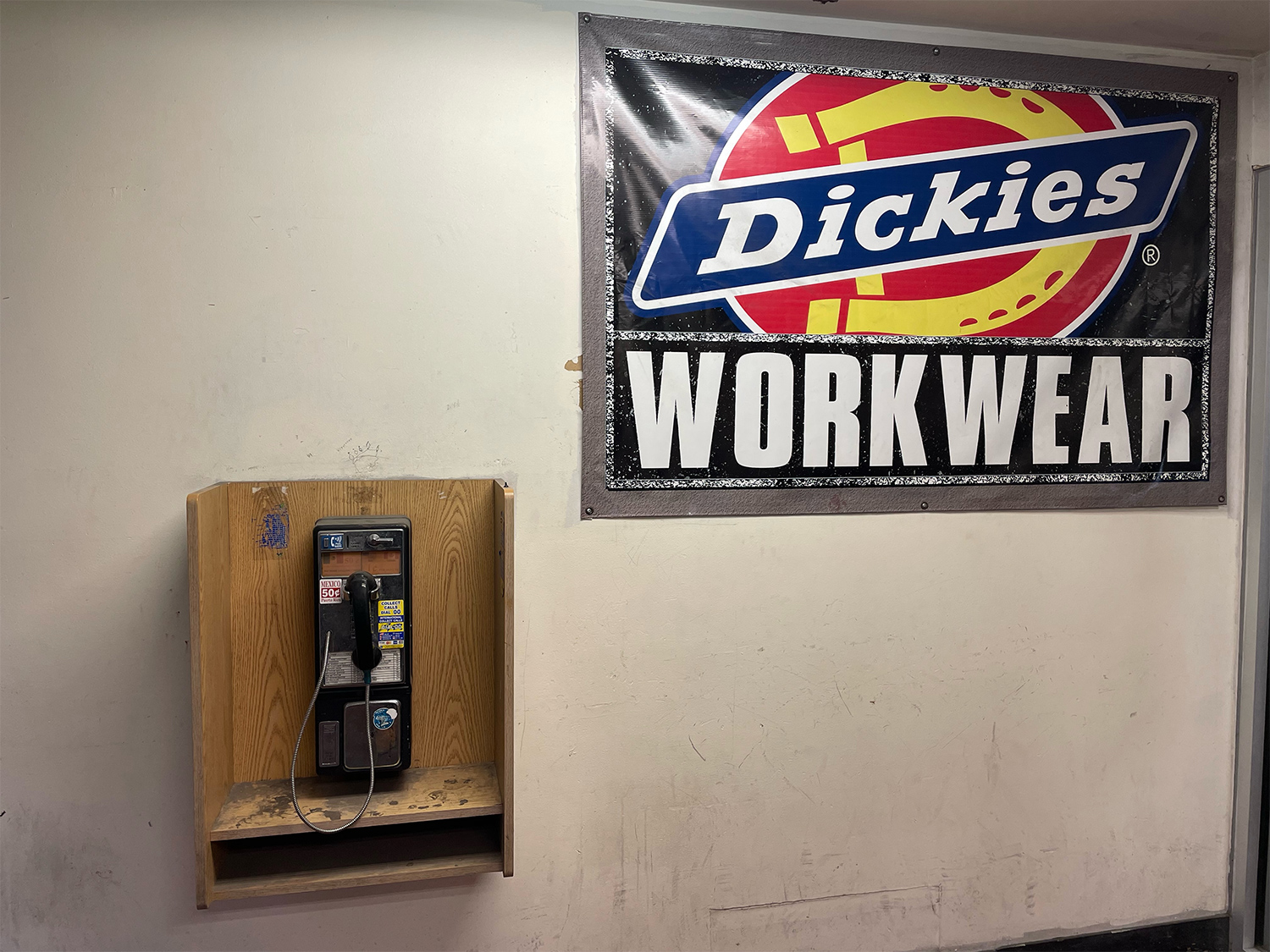 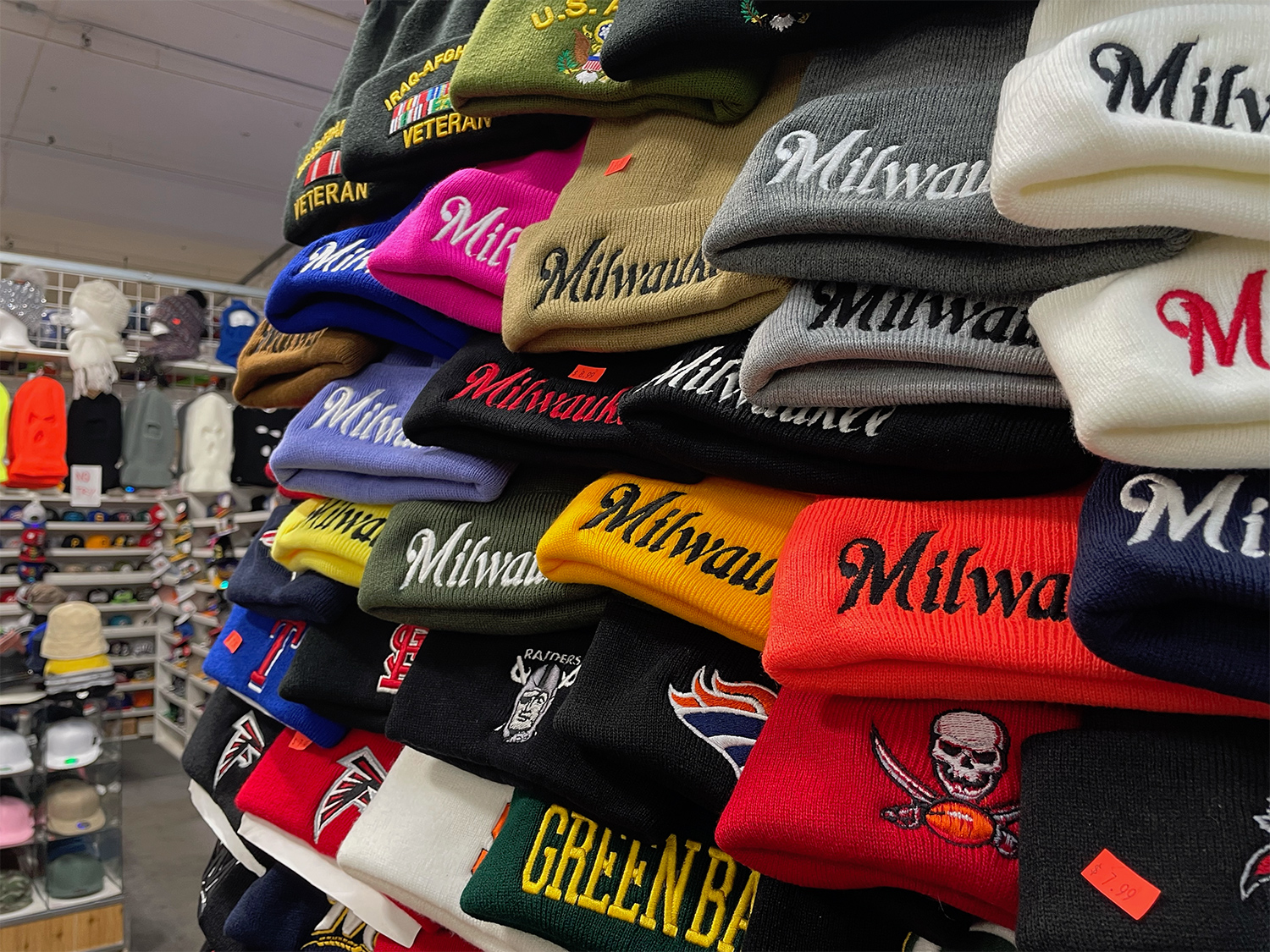 • The ghost of Grand Avenue (again)

• Mandatory Milwaukee: 7 Mile Fair has made the trip to Caledonia worthwhile for 60 years