The old-school stock of a curated vintage Etsy store, the disorganization of Value Village, and the creepiness of a haunted house, Dretzka’s Department Store in Cudahy is far from an average retail experience.

Opening the heavy metal door is like taking a trip back in time. The loud, creaky floor follows shoppers with every step. The store’s signature stench is one of a grandma’s—no, great grandma’s—house, and the smell is guaranteed to tickle even the burliest of nose hairs. The only sounds present are the dissonant hum of an air conditioner and the faint voice of an AM radio announcer. 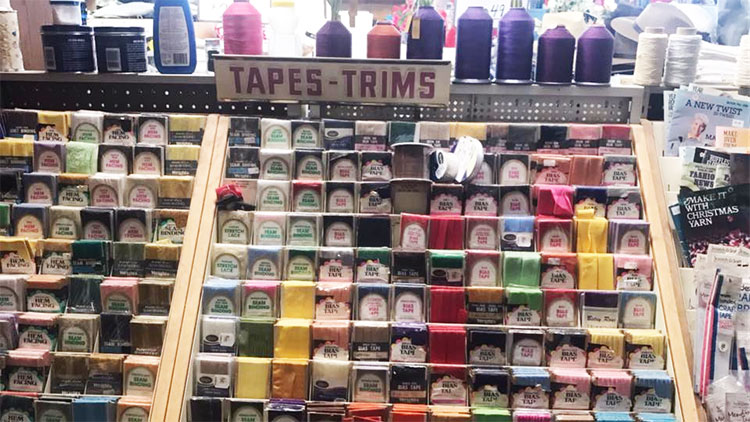 Opened in 1902, Dretzka’s is a ripe 115 years old. Unlike a fine wine, the store hasn’t gotten better with age. It hasn’t changed much at all, really. Current manager Andrew Tamsen is the fourth-generation owner of the Cudahy landmark. His grandfather, Al, opened the store and operated it until his death, passing it off to various family members before Andrew took over.

Though it may look small on the outside, the store is shockingly vast, boasting tall ceilings and multiple rooms. Items like kitten heels, rain jackets, bolo ties, gardening gloves, shoelaces, golf hats, and life-size Star Wars cut-outs are only a few of the store’s random, surprising offerings. It’s obvious that most of the stuff has been in the store for ages—most flat surfaces are covered in a thin layer of dust, and almost every tag is hand written. 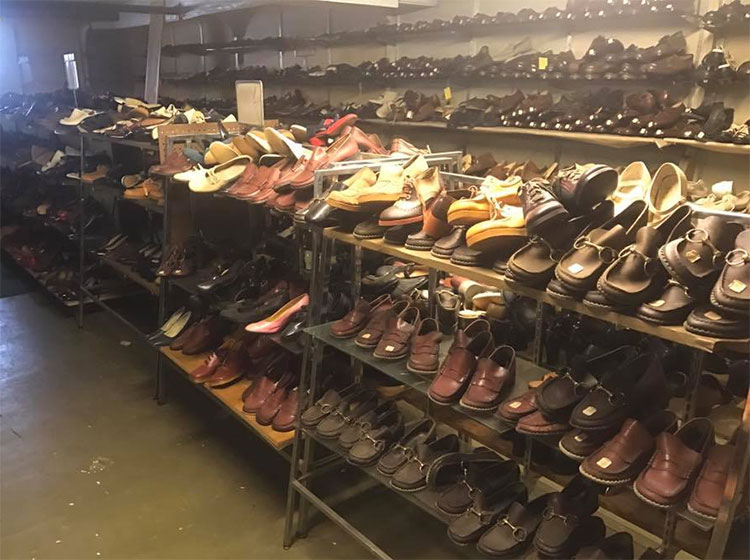 Tamsen says that most of the store’s inventory has been sourced from sellers who specialize in vintage findings. At least 60 percent of the store consists of an impressive selection of vintage men’s, women’s, and children’s clothing, ranging from the 1950s to the 1990s. Most of the clothes look like they came from a That ’70s Show wardrobe trailer with their funky patterns and totally outdated silhouettes. 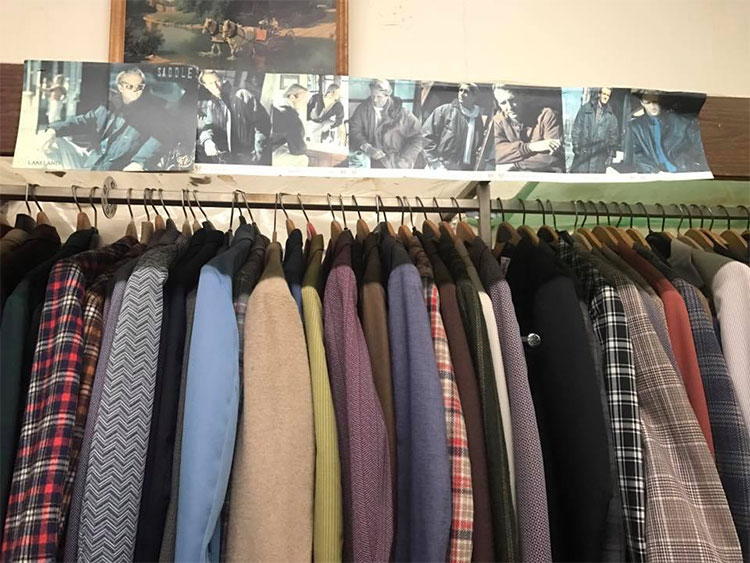 The main sales floor is the definition of “organized chaos.” Even though there is an overwhelming amount of stock, it’s divided up very methodically. The shoe department is located near the entrance. Lacy pajamas, silky muumuus, floral caftans, and intimates are nearby. Women’s clothes take up most of the real estate in the main room—dresses, skirts, blouses, and “slacks” are abundant in both style and size. The store’s smaller side room is dedicated exclusively to menswear—suits, jackets, gym clothes, dress shirts, and shoes are most of the items on display. 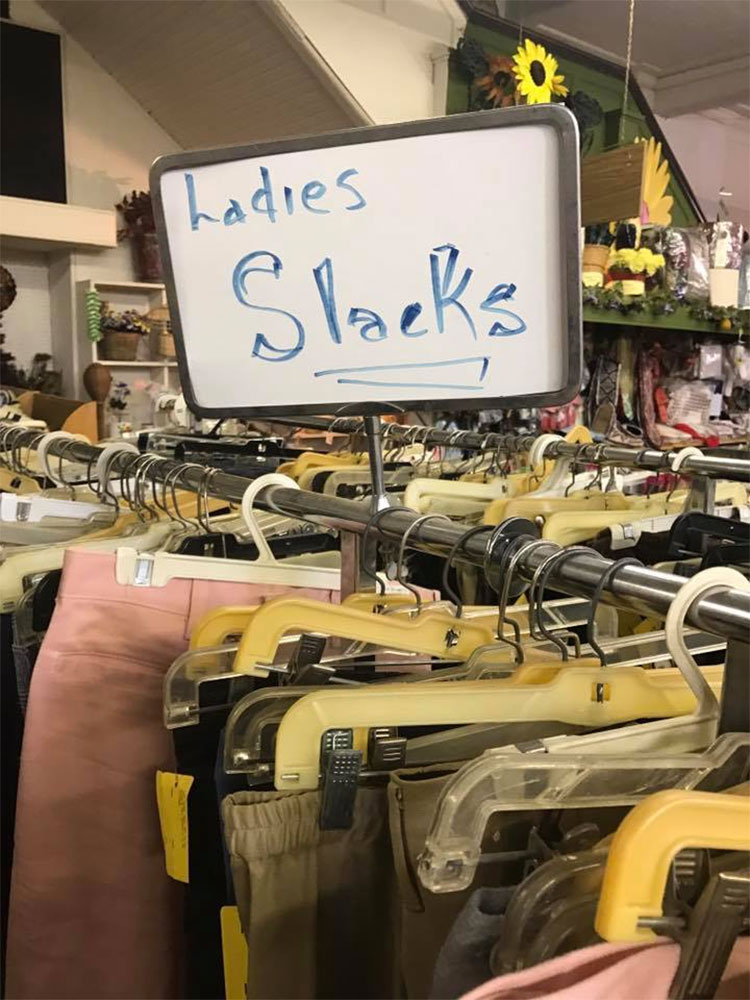 The store doesn’t end on the main floor, though. The upstairs level is used for storage, and is closed off to the public. The store’s highlight—or lowlight, depending on who you ask—is the basement. The floor is covered in dust and dirt. It’s poorly lit and smells even worse than upstairs. The stock is even stranger, too—dishes, Halloween makeup, fake flowers, baskets full of buttons, sun hats, and Christmas decorations can be found in the store’s often-unseen underbelly. The basement is only open by request—Tamsen says he keeps it closed to fend off pesky children who could potentially make a mess (or break the vintage dishes). 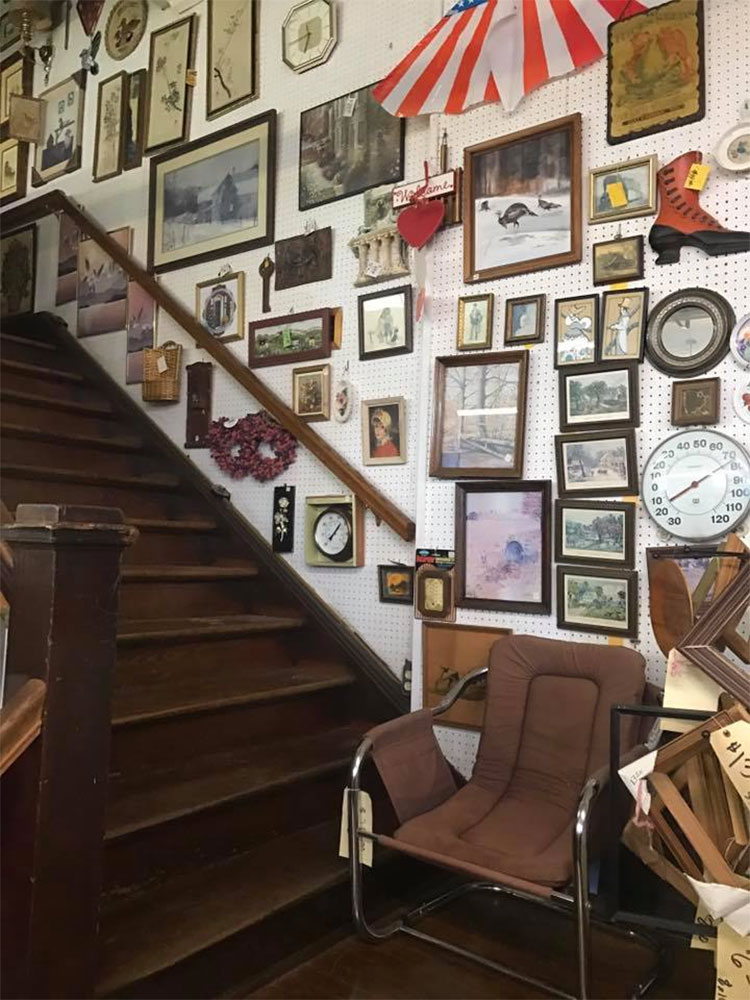 Dretzka’s official “department store” label is kind of a stretch, seeing as most of the inventory consists of clothes and shoes. There are a few non-clothing departments, though. The middle of the store is home to a large selection of very outdated crafting materials like ribbons, thread, trims, faded fabrics, and sewing patterns. The back corner is where those aforementioned life-size Star Wars standups hang out, along with children’s toys, “collectibles” (like a $40 Shrek toy still in the box), and a few records. 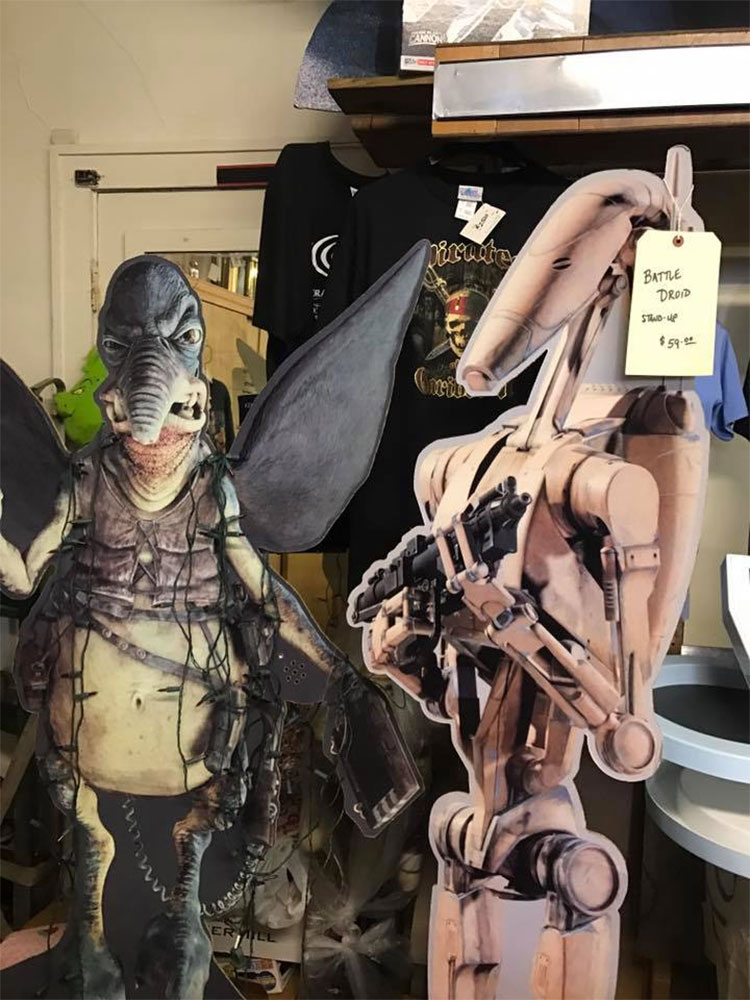 The entire store has a very ghostly feel to it. Other than a brief “hello,” Tamsen keeps to himself unless customers walk within a certain range of his seat behind the jewelry showcase. There’s rarely more than one or two customers in the store at a time—if you visit alone, it’s likely you’ll be shopping all alone. The clothes are a reminder of decades past and the (probably dead or senile) people who wore them when they were first for sale. The bright, fluorescent lights ensure no fleck of dust goes unseen. The red and orange shag carpet outside the terrifying fitting rooms looks like it came out of Laverne and Shirley’s living room.

With such an uncommon stock and lack of customers, it’s easy to wonder how Dreztka’s makes money at all. Tamsen says that the store has a regular customer base and sometimes attracts new customers looking for items off the beaten path. The store’s layout never changes and the inventory is rather consistent, but each trip to the store is completely unique from the last. If you’re a repeat customer, you’ll surely find something new every time you visit. If you’re a first-timer, you’ll be stunned by the oddities and rarities the store has to offer. And don’t worry—after a while, you’ll get used to the musty smell and the haunting sound of silence. 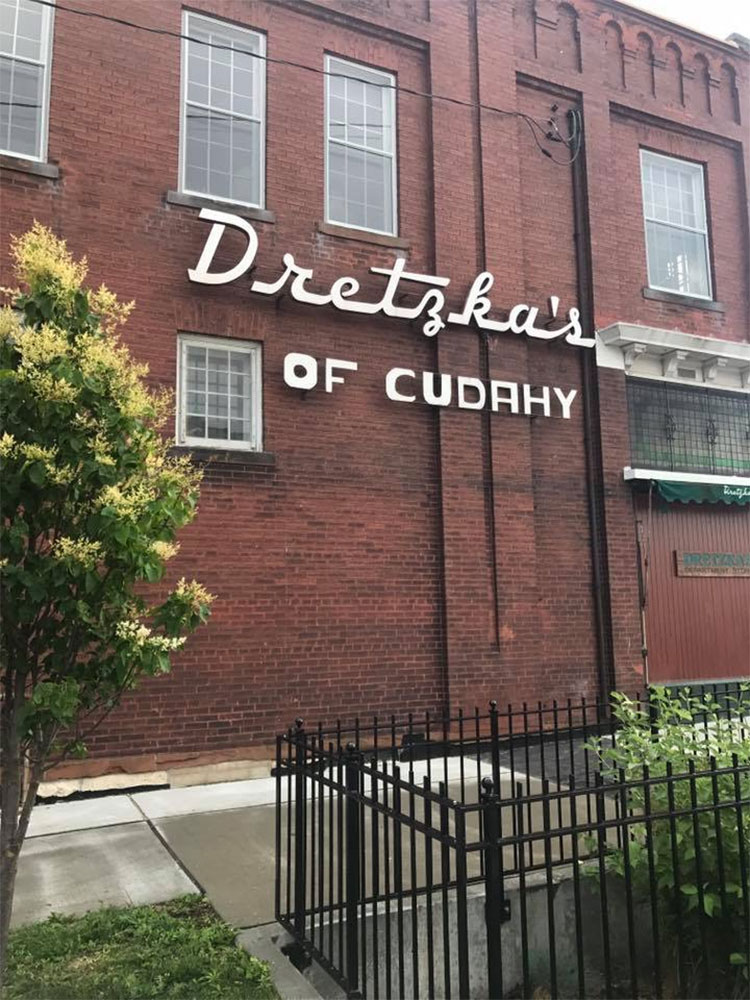