With monumental events like marriage equality, the growth of the city’s PrideFest, and an exponential increase in acceptance and understanding from all sections of society, Milwaukee’s LGBT community has come a long way in even the last few years. However, as years pass and the scales continue to tip in the direction of equality, portions of the past—whether hidden, poorly-documented, or just too difficult to think about—slip through the cracks. It might be hard to believe, but Milwaukee actually holds a special spot in American LGBT development, including some of the country’s first and longest-running gay bars, a significant Pride celebration, and local acknowledgement (and even a modicum of outward acceptance) that predates Stonewall.

Michail Takach combed through a staggering amount of archived material, conducted dozens of interviews, and collected hundreds of photographs and print ads in effort to document at least some of Milwaukee’s rich and important gay past. He re-purposed those articles, firsthand accounts, and rare visuals into LGBT Milwaukee, a book that strives to capture a largely unknown but invaluable piece of the city’s history. Before the book is released next week, Milwaukee Record spoke to Takach about his reason for taking on this ambitious project, Milwaukee’s true place in the gay rights movement, and how the story isn’t over.

Milwaukee Record: Can you get into the basis of the book? Why did you decide this was the moment for you to put this out?

Michail Takach: I grew up in Milwaukee, and coming downtown throughout the year from Oak Creek, I saw a different Milwaukee in every visit. Places there one minute weren’t there the next. Slowly but surely, a lot of the visual and cultural landmarks I remember from my childhood all just disappeared. When that started happening in Walker’s Point—when in lived in Walker’s Point for 10 years and saw the neighborhood change so dramatically in short time, and saw these sweeping social changes at the same time—all these social changes like the fight for marriage equality, a push for trans inclusion, were happening at the same time the landmarks of what it meant to be LGBT in Milwaukee were disappearing. Not just the spaces, but the people who occupied them. Within about five to seven years, we lost significant community elders who survived the AIDS crisis, survived the police raids, survived a time where they couldn’t be who they wanted to be in public, but dared to do it anyway.

With all of that happening at the same time, there was a realization that we needed to preserve this moment because within another generation, a lot of the history will be lost, and the meaning of all those changes will be lost on the future. They won’t know what it was like. They won’t know what this moment felt like. And there be be no one surviving to tell them what it used to be like.

MR: And the imagery is the way the immensity of those changes really hits you. You can hear how different things used to be, but if you’re actually seeing the way it used to be and getting glimpses into old drag shows, non-existent gay bars, and early Pride marches, that carries a lot more weight than words.

MT: Visual history is super important. Many of these neighborhoods have disappeared entirely. Urban renewal, freeway construction, and social changes in Milwaukee after World War II have really changed the landscape of the city to the point where you can’t say, “This is where things used to be.” In Milwaukee, there were no traditional neighborhoods where gay people gathered until the early 1970s. Gay bars were scattered throughout the city in places that most people would never believe had gay bars. Now, if you wanted to go to a gay bar or a queer space, you have a lot of resources to tell you where they are. Back then, the only way to really know where these places were was to know another gay person and have them guide you there. 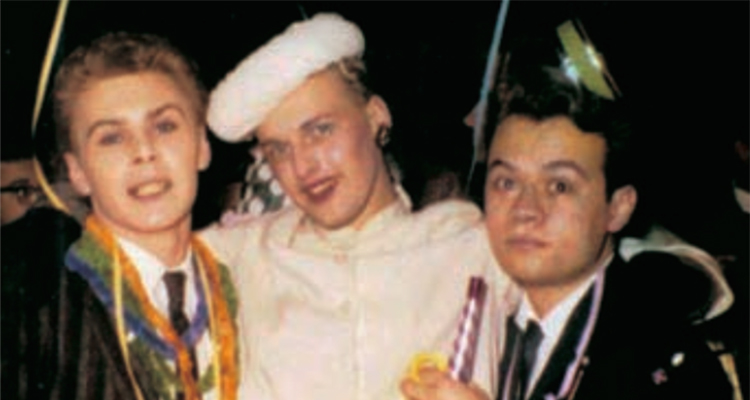 MR: Another thing I feel the book does is illustrate the important role we had as a city in these ongoing social changes. I don’t think that Milwaukee is the first place people think of when it comes to gay rights developments—you probably think of San Francisco or New York—but a place like This Is It! is one of the country’s oldest standing gay bars, we have one of the longest-running and largest Pride festivals in the country. That’s a hard thing to underscore.

MT: People downplay Milwaukee on the national LGBT landscape, but honestly, we should really be celebrating Milwaukee. What we’ve done here [with the book] is intertwine LGBT history going back to the times of early settlement. In many cases, we know where these people were [gathering], we know these people existed, we knew where they were, but we don’t really know what went on there. Piecing together the “how, where, and who” with the “what” was the single hardest thing to do with this book.

MR: How did you do that? Though interviews? Looking at old articles?

MT: It was a mix. I had to do a lot of detective work that pieced together known information, open questions nobody had been able to answer, testimonials, archival research from Google News, the LGBT Archives, Milwaukee County Historical Society, Milwaukee Public Library. It really took a lot of digging and translation because gay history in Milwaukee doesn’t really make itself abundantly clear until the early 1970s. It’s a game of mapping historical fact and hearsay and finding truth in all of it. There’s been so much change, it’s insane. When I went out looking for the locations of these places, some of them don’t even exist anymore. They’re in the middle of the freeway. They’re a park now. You can’t go to them, which just reinvigorated my need to document them, and that they did exist, and things happened there that people remember. You have to consider that in the early gay bar culture in Milwaukee, a camera was not welcome. A camera was as dangerous as a loaded gun. 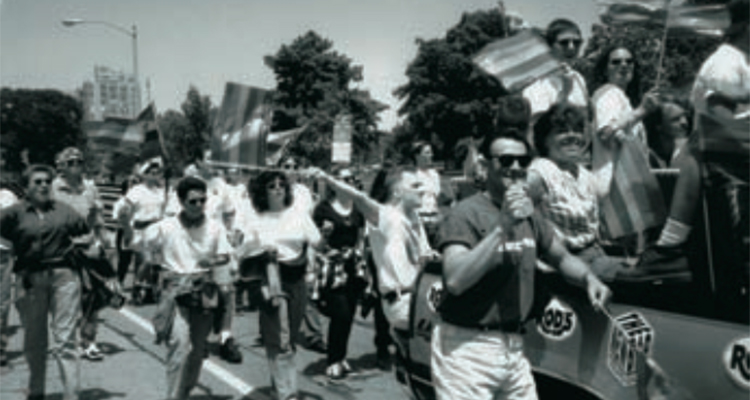 MR: Yeah, you could ruin a person’s life, their job, their reputation, their marriage, and more.


MT: An innocent photo of a crowd scene could actually be used for blackmail for anyone who saw it. Knowing that, it’s unthinkable that we have photos of gay bars in the 1960s. It blew my mind when somebody brought forth a bunch of photos dated 1961, 1962, 1963. Most people people approach gay history as starting with Stonewall and ending with AIDS. To think that people were out there literally risking their lives to just be themselves 50 and 60 years ago is amazing. Without that organization and mobilization, we wouldn’t have that foundation on which many LGBT organizations can harken back to. You look back at people who went out in the ’50s and ’60s who didn’t care who knew and didn’t care if they got caught because this is who they were. As one of the contributors told me, “We were told our whole lives we were going to Hell. So I figured it we were going to Hell, we were going to Hell in high heels, and nothing was going to get in our way of having fun.”

MR: You mentioned contributors. How many contributors helped bring this project together?

MT: Dozens. Literally too many people to count. We have people as old as 93 and as young as 16. This book is not my story. I’m just the one who took one thousand stories and compressed them into a narrative that could be put between two covers and enjoyed, not only for people of today, but for future generations.

Michail Takach’s LGBT Milwaukee will be released Monday, August 22 by Arcadia Publishing. Join Takach at Boswell Books at 7 p.m. on Thursday, August 25 for an author event. All profits from book sales will go to Milwaukee Pride.