Early on in my time spent at Wisconsin State Fair’s Fair Food Drive-Thru Thursday afternoon, I realized the car in front of me contained a parrot. Not a parakeet, but an honest-to-god, decent-sized parrot. Yep! At one point, the driver rolled down her window, stuck out her arm, and a parrot just kind of casually walked out and took a look around. I, in turn, took some pictures: 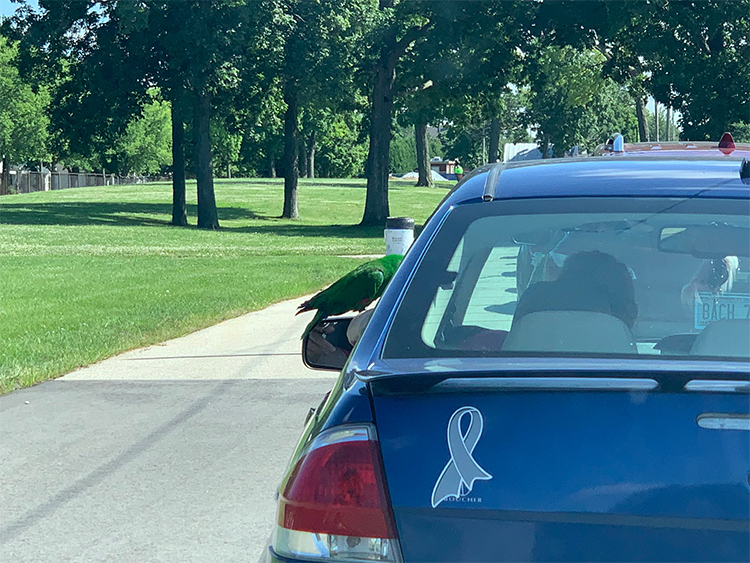 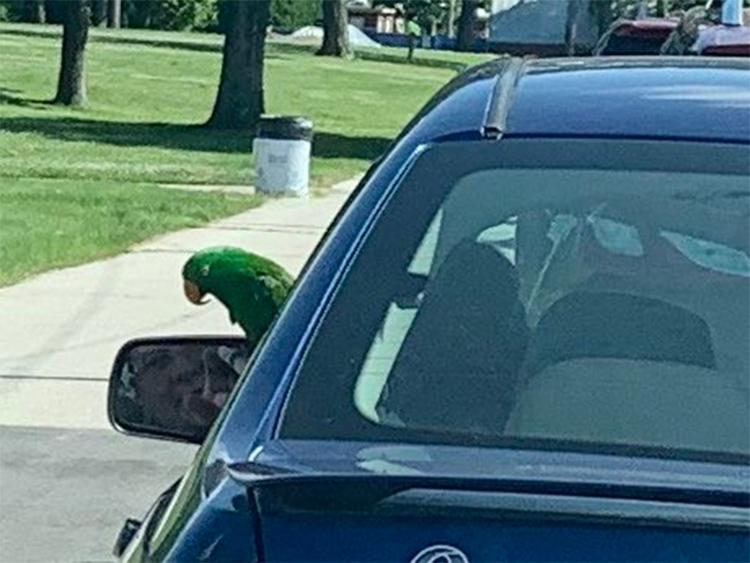 The Parrot Incident was just one of the delightfully odd moments I experienced at yesterday’s event. But before we get to those, some background: For the next four weekends, Thursday through Sunday, folks can pull their vehicles into State Fair Park at Gate 9 (S. 76th Street & W. Pierce Street), wait in line, and get routed past a bunch of fair food booths where they can buy stuff like corn dogs, cheese curds, deep-fried candy bars on a stick, and, eventually, cream puffs. The booths change every week. Admission is free. And yes, you have to stay in your vehicle the entire time. (Check out the full schedule HERE.)

It’s a pretty nifty and, let’s be honest, ridiculous idea. That thought rattled around in my head yesterday during the opening hours of the Fair Food Drive-Thru. Was I really waiting in line, in my car, in order to buy a foot-long corn dog for $8? Was I really contemplating ordering a slice of pickle pizza? Why did I drag my poor 5-year-old daughter along with me? Would we be stuck in line until the sun went down? “I’m in line for the State Fair Food Drive-Thru,” I tweeted at 3:52 p.m., eight minutes before the thing officially began, “and I’ll see you in October.”

Okay, 90 minutes is a long time to wait for a so-so cheeseburger and an $18 bucket of cheese curds that stretched the definition of “bucket.” However, there were a number of strange and/or strangely lovely moments that made the whole thing worth it. Those included:

• GETTING TO DRIVE ON THE MILWAUKEE MILE SPEEDWAY. Did I mention this? Roughly half of the food stops were located inside the Milwaukee Mile Speedway. Most of the drive-thru route was clearly marked and tightly controlled, but there were two times I suddenly found myself alone on the track, just kind of driving around. I was juggling a phone in my hand and a chatty kid in the backseat, so I only gunned my vehicle up to about 30 mph, but it was still a blast.

• GETTING TO DRIVE INSIDE THE FAIRGROUNDS. The other stops were located inside the park proper, stretching all the way from the livestock barns to the main thoroughfare. And, once again, there were two moments I found myself just driving through State Fair Park. You could almost hear the squeals of the pig races, could almost see the glistening torsos of the bodybuilding competitions. God, I miss the State Fair.

So yeah, the whole thing was kind of fun and kind of weird, just like the State Fair itself. Check it out! Bring your parrot! Want to spice things up while you’re waiting 90 minutes for a Johnsonville 10-inch Pretzel-Wrapped Brat ($10 at Gertrude’s Fresh Pretzels)? Bring along a ukulele and make up a song, like Milwaukee’s Before Nitrogen: 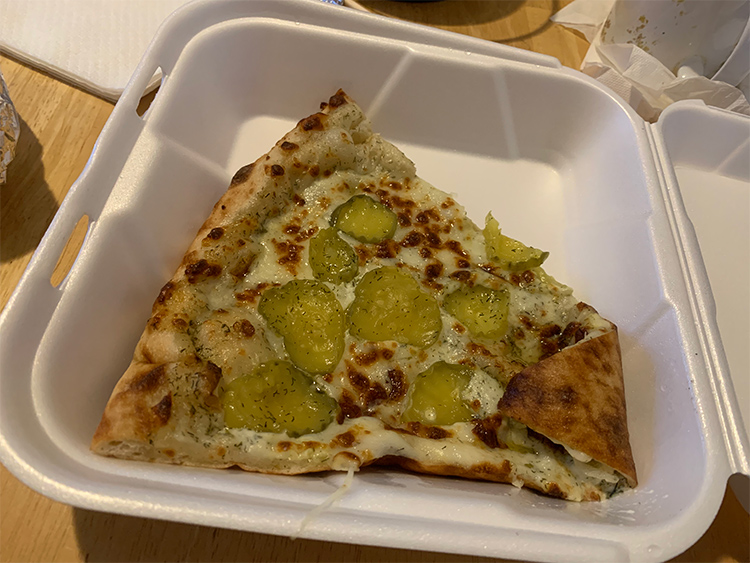 • The 2020 Wisconsin State Fair has been canceled

• A couple had sex in the State Fair bleachers, and FOX6 talked to a mom and son unwittingly sitting in the same bleachers a few days later