The 2018 installment of the Wisconsin State Fair marks the 30th year of the Milk House. Situated near the South Grandstand Avenue near the Exposition Center, the structure—now called the Milwaukee Bucks Milk House—preserves the agricultural spirit of the State Fair, while also managing to remain affordable. Each day, the stand sells respectably-sized cups of ice-cold milk for just 50 cents per glass (seemingly the going rate for glasses of things in West Allis these days). It’s one of the things that makes Wisconsin State Fair special, year in and year out. 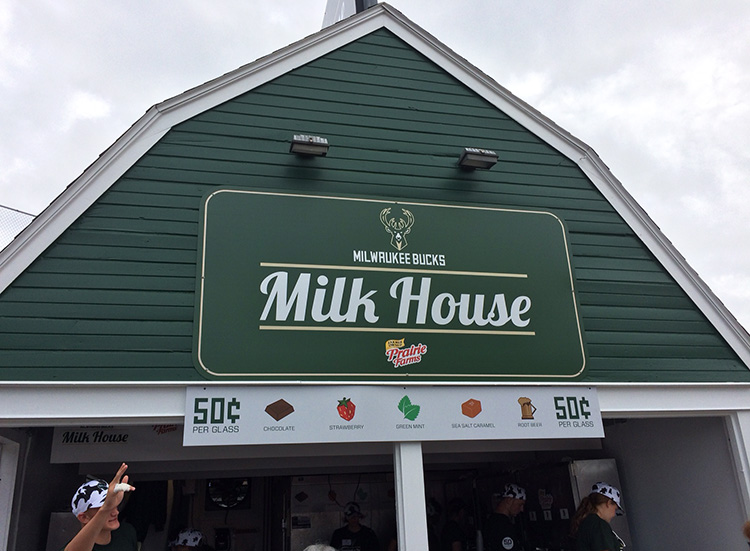 Over the years, Prairie Farms (which is located in Illinois—what the hell, Wisconsin State Fair?!) has cycled in a few new flavors. This year, Green Mint is the newcomer in the Milk House. Last year, Chocolate Peanut Butter and Sea Salt Caramel were introduced, with only the latter returning for this year’s Fair festivities.

Speaking of last year’s State Fair, remember when two people were arrested for having sex on the bleachers in full view of fair-goers in the Coliseum last August? Well, it happened! And by our calculations, August 7 is the one-year anniversary of that national—no, international—news breaking. In honor of both the Milk House’s 30th year on the fairgrounds and the one-year anniversary of those two people totally doing it on bleachers intended for seating at livestock shows or whatever, we decided to return to the scene of the crime and have that be the spot where we’d drink and rank all five milk flavors. 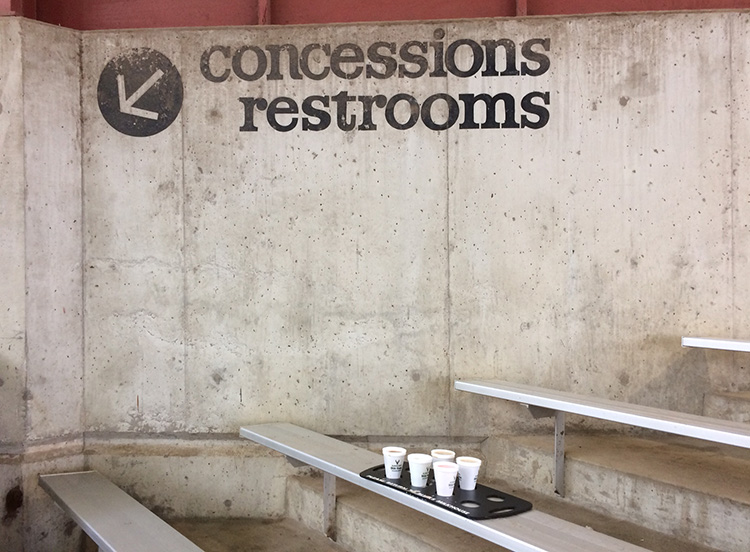 5. Green Mint
To be clear, the newest ad lowest-ranked Milk House inhabitant is still pretty darn good. However, there needs to be a worst of this strong quintet and this is it. One sip in, we thought it provided a creamy and refreshing burst. After a few drinks, though, we felt it became somewhat reminiscent of toothpaste. We’d recommend mixing a splash of Green Mint in with Chocolate or Strawberry. That failing, unless you’re crazy for mint, we think your 50 cents are probably better spent elsewhere in the Milk House. 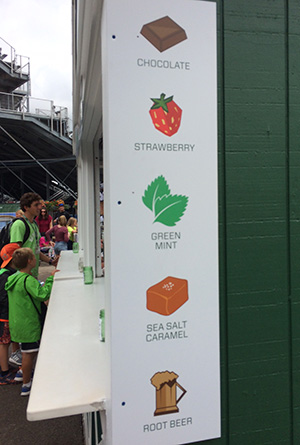 4. Root Beer
This is the most original of the bunch and, like Green Mint and every other variety we’ll name here, very good. Still, the artificial Root Beer flavoring wore on our taste buds over time. One hearty slug is great. Come ounce six or so, we were over it.

3. Strawberry
We all knew deep down that Strawberry would never be number one. That said, a flavor we hadn’t had in ages and one we expected would rank near the bottom had a surprisingly strong showing. It was sweet, creamy, cold, and had a pleasant scent that helped combat the faint smell of manure in the Coliseum on its way to becoming Milk House’s middle child.

2. Sea Salt Caramel
We had some apprehensions going in (seemingly a first for that section of Coliseum bleachers). However, it quickly became clear to us why Sea Salt Caramel made the cut after debuting last August. It was goddamn delicious. The subtly savoriness worked in tandem with the sweet caramel flavor to boost this flavor, both taking turns during each hoist of the short-lived Styrofoam cup’s time in the sun. Initially, this was our champ, but after more thought, we figured it achieved unnaturally high marks on account of how surprised we were by this unconventional milk variety.

1. Chocolate
Yeah, it’s a boring winner, but you can’t fuck with the champ. There’s a reason chocolate has been a big-time contributor for generations: It’s good. Plus, we consider Chocolate to be the most versatile flavor for mixing with other milks. We’ll eat all eight “unique and unusual” new Fair foods in one day, but you won’t catch us mixing Strawberry and Root Beer milk together. That’s just crazy. Meanwhile, Chocolate goes with anything.

Whether mixed with another flavor or consumed all on its own, we thoroughly enjoyed the Milk House’s take on Chocolate milk. We didn’t even mind that we were drinking it during a mule show while sitting on the very same spot where two people boned in public a year ago. 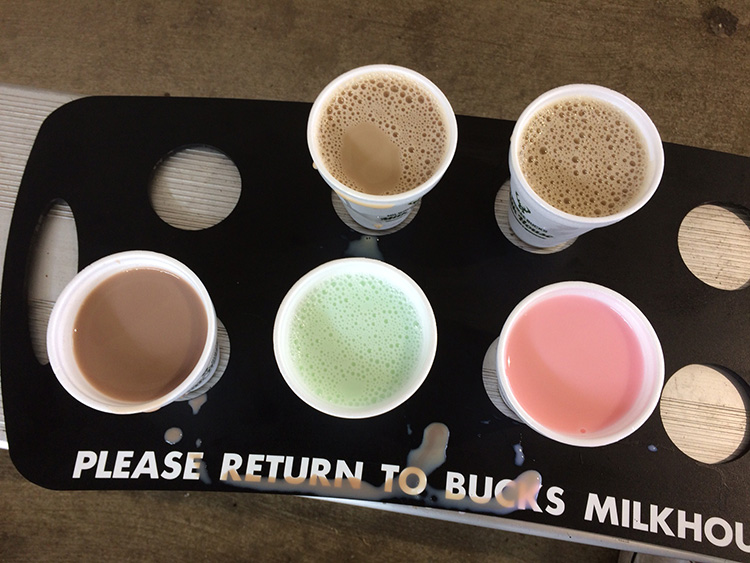