It’s a story as old as time. A young man from a small northwoods town moves to the big city. He meets a woman. They fall in love. After starting a family and spending years in the city they met, the man returns to his small town, now-wife in tow. There, they plan to live out their days in quiet and comfortable semi-seclusion in a log cabin. That is, until the couple’s homebrewing hobby takes off and garners interest from metropolitan liquor stores and bar owners, which finds them starting a new chapter of their life in the place where their story started. Okay, so maybe it’s not so common a tale, but that’s what happened to Tim and Toni Eichinger.

After making a name for itself with lauded libations brewed in a log cabin facility in the Upper Peninsula-adjacent town of Pembine, Wisconsin, Black Husky Brewing and its husband-wife team moved back to Milwaukee, where a sizable portion of their small-run brews were being shipped twice a month. With personal roots in the city and a headstart on working its way into the consciousness of Milwaukee hop-heads, Black Husky Brewing re-opened in Riverwest (909 E. Locust St., 414-509-8855) August 3. Once a rare treat to sparingly hit Milwaukee’s tap lines and store shelves, will the city’s proximity to an abundant supply of Black Husky cause the beer’s flaws to bubble to the surface, or will the Pembine ex-pat bolster the Brew City moniker? Milwaukee Record pulled up a stool to find out. 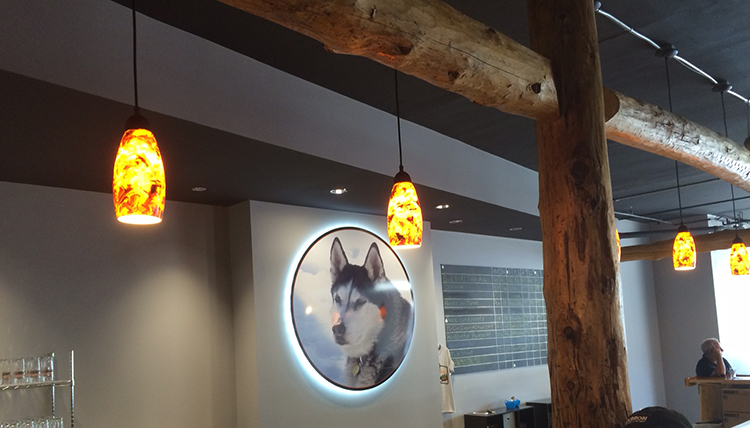 The space: Formerly the site of Manyo Motors, the brewery is devoid of any evidence of the previous occupant’s existence. It’s utterly unrecognizable, in the best way possible, meaning the extensively renovated edifice on the corner of Locust and Bremen is something of a clean slate. Outside, the window-lined brick structure is simplistic, if not cozy, with a modest patio subtly quartered off by a wood fence (more on that next week). The simplicity continues inside, as the taproom features a cabin-like wood slat bar, lanterns, a few chairs and pub tables flanking the long and narrow space, and a large image of Howler, Black Husky’s mascot. Save for the circular neon sign proudly showing the spokescanine and a board displaying the bar’s beer selection, the taproom’s walls are vacant, gray, and drab. It’s likely the sterile decor (or lack thereof) will be addressed once the Eichinger’s settle into the space. At least we hope. 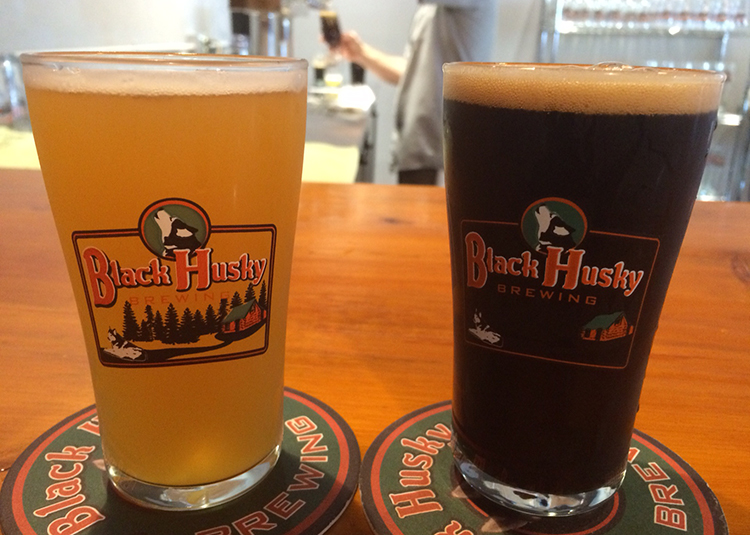 Milwaukee Record‘s drinks: Seeing no beer lists—again, something we hope and anticipate will change soon—on the bar, we walked up to the chalkboard hanging behind the bar and examined the list of eight draft selections, each available in seven-, 12-, or 16-ounce pours. We started with a pair of seven-ounce pours (poured by Toni herself) from opposing ends of the spectrum: Black Husky Pale Ale ($3) and Milk Stout ($3). The latter was a thick, pitch black nectar with strong notes of milk chocolate that brought a marked sweetness, followed by a slight char that gave it a bitter finish. Though there was nothing particularly special about the Pale Ale, it had the makings of a rock solid standby and a deceivingly easy-drinking 7.2-percent APA with a dry hoppiness and gentle notes of citrus. Golden hue aside, it actually kind of reminded us of WMSE and Company Brewing’s new Smash Ale, which also uses Munich malt.

We veered out of our comfort zone for beer three with another sample tap ($3). Harvel The Marvel, a so-called “American Strong Ale,” packed an overwhelming punch of honey from its medium body. Though it wasn’t our cup of tea, we suspect many-a suburban mom would enjoy this a great deal when visiting their college-aged kid’s new neighborhood.

The verdict: Black Husky’s unofficial motto is “The best brewery you’ve never heard of.” Now that the secret is out, the newest microbrewery to hit Milwaukee will have to settle for being a great brewery we have heard of. Welcome to town, Black Husky. We think you’ll like it here, almost as much as Milwaukee is going to like you. 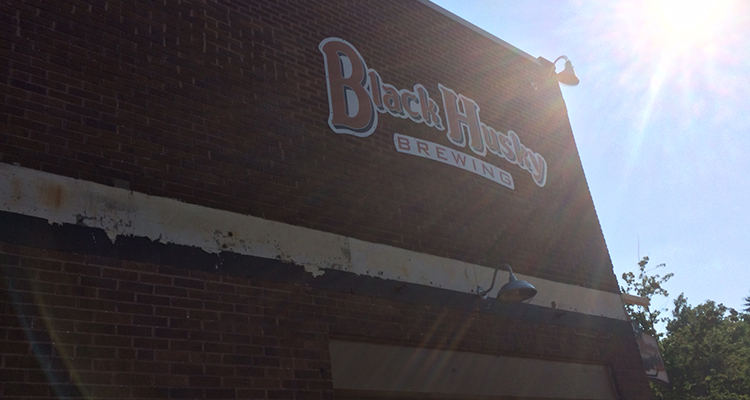