Sam Shepard died on July 27, 2017. In the 73 years that preceded his passing, the Midwestern-born playwright and director won a Pulitzer Prize, garnered Tony and Oscar nominations, dated and inspired musicians, transitioned into acting, and left the world with a vast collection of astounding dramatic works—never asking for permission or outside approval at any point along the way.

As one of theater’s biggest badasses, it’s only fitting that Shepard’s 1983 play (and 1985 film) Fool For Love is the first production of Outlaw Artists, a company that was founded by two actors looking to control their own dramatic destiny and whose motto is “make it your damn self.”

The pair met after a production of a play called Bent two years ago and instantly hit it off. They started dating soon after and they’re now engaged.

“We’re glad we didn’t meet at the brewery or at a bar because it already established the strong connection we had with theater,” Clayton says. “It was really cool meeting at such a great piece of theater.”

Despite a shared appreciation of the medium, Koepnick and Clayton never worked together on a project until this spring, when they were both in the cast of a production of Theatre Gigante’s The Way Things Go at Alverno College.

“We were in a rehearsal process together and we enjoyed working together so much that we were like, ‘Let’s put on a show that we want to do,’” Koepnick says. “In the Milwaukee theater community, it’s hard to get cast together in a show. So we figured why not make our own theater company so we can do a show together?”

The immediately knew they wanted their new production company to stage a play by Shepard, a playwright both developed immense appreciation for in their youth. Months ago, Out Law Artists obtained rights to perform Fool For Love, which Koepnick considers to be “an American theater classic” and a piece Clayton grew up both watching and reading.

“I identified with Sam Shepard because he’s from the Midwest and he had this very do-it-yourself attitude about his acting and about his theater,” Koepnick says. “He didn’t have any formal training. He just decided he wanted to become and actor and he became an actor.”

In Shepard’s go-getter spirit, they rented The Alchemist Theatre (as well as rehearsal space in the Underground Collaborative), enlisted director Ben Wilson, and found a supporting cast to join them on stage for six August performances. They raised funds to cover the cost of the play’s rights and promotional materials. Oh, and they’ve spent hours upon hours trying to learn and perfect the source material they respect so greatly and, as of two weeks ago, will now serve as a tribute to its scribe. Shepard may be gone, but his work will continue to thrive on stage, and in the self-starting renegade’s influence on performers like Clayton and Koepnick—two Out Law Artists.

“When you think of an outlaw, you think of rebellion and going against the norm, and that’s kind of what we’re doing,” Clayton says. 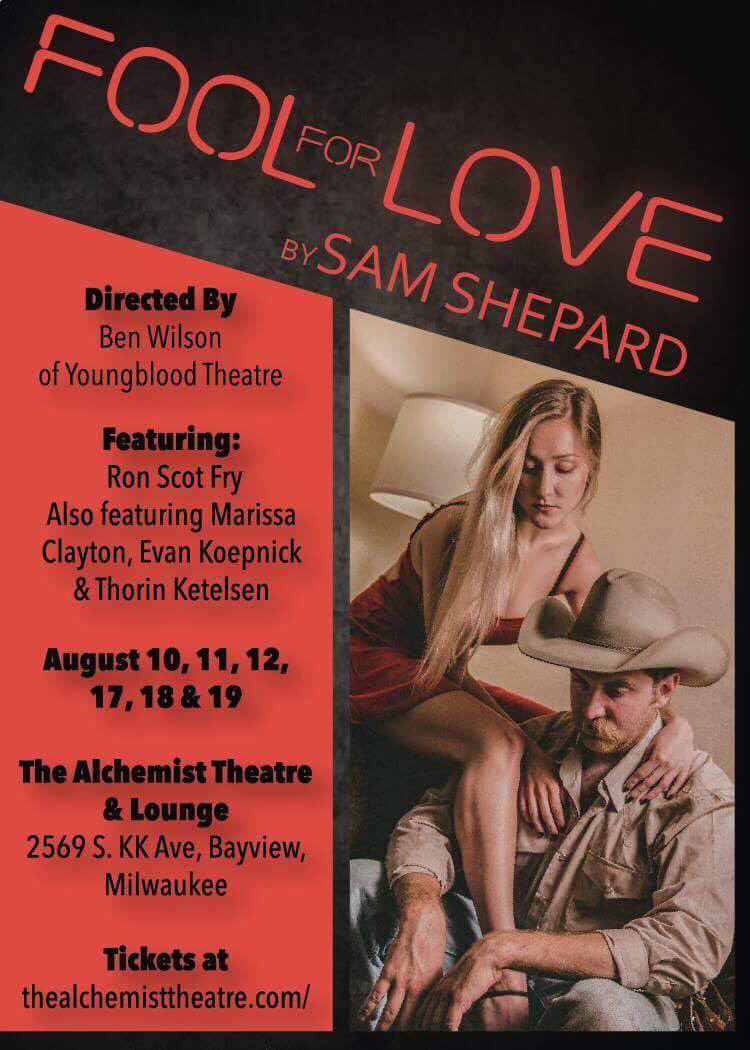