Clearly, it means that the Highland Community Players are back. Quest For The Sacred Orb, the group’s spring 2017 production and follow-up to last year’s Dead Man-esque The Bully, The Liar & The Thief, takes a high-fantasy tale of battle-weary warriors and cunning magicians and spikes it with nods to everything from 8-bit role-playing games and Lord Of The Rings to Dungeons & Dragons and Game Of Thrones. As interpreted by 4th, 5th, and 6th graders, it’s like Medieval Times for the grade-school set.

“When I was in fourth grade I used to write these stories,” explains Highland Community School‘s Elementary Director and Drama Coordinator Barry Weber. “I would give my class paper quarters, because I loved the idea of arcade machines, and write these fantasy stories. I would call out, ‘Use your sword! Use your spell! Lose five hit points!’ If they ran out of life bars I’d start counting down and they’d have to run up and put in more quarters. The teachers must have loved that.”

Surprisingly, while Weber’s geeky formative years clearly inform Sacred Orb‘s story and references (dig the Order of the Dokkens), they weren’t the direct inspiration. That came from the students themselves.

“Everybody has been wanting a magic, swords, role-playing fantasy thing,” says Adaobi Nnamuchi, 11, who plays Chelara the Fierce. “One of our teachers does a role-playing game called Dungeons & Dragons. Everybody loves role-playing here. We do lunches and we role-play stuff. Everybody was asking Mr. Barry for a long time, ‘When can we do a role-playing thing?'”

“I’ve always wanted to do a fantasy,” says Henry Mathias, 12, who plays Gwydion. “And now we are. We have all these amazing props and costumes. I’m really happy about that.” 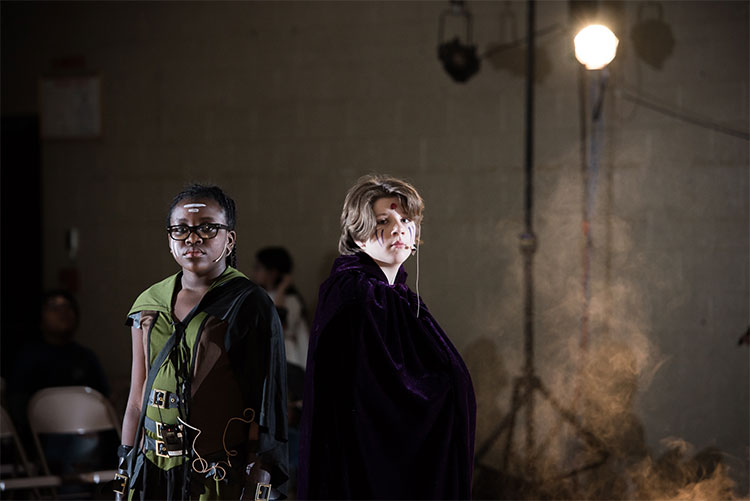 Sacred Orb tells the story of two opposing tribes—warriors and magicians—and their efforts to find the titular relic. There’s plenty of swords-and-sorcery dialogue to go around (“Citizens of Forthrak, rise up! We are the original tribe of the Sacred Order. The direct descendants of Erdrick the Brave, who used the sword of power to destroy the Master Archfiend!”) and costumes that range from cardboard boxes to straight-up ren faire masterpieces. But the real pleasure of the play is its battle scenes. Set up like random encounters in old-school video game RPGs (think Dragon Warrior or the original Final Fantasy), two combatants on opposing stages square off and await instructions from the audience. (Mages, for example, can use audience-called skills like “Force” or “Lightning.”) All of it is highlighted by strobe lights, smoke machines, and, naturally, the music of Iron Maiden. Finally, a chance to see 10-year-olds in homemade chainmail battling each other to the sounds of “If Eternity Should Fail.”

The interactive elements come from a source much older than the NES. “This summer I was in Chicago and saw Back Room Shakespeare,” Weber explains. “The whole idea is that they try to bring it back to being a social gathering and event, in the back of a bar. It’s rowdy, everyone’s drinking beer and cheering and screaming and booing. I saw them do Midsummer and it was the greatest thing I’d ever seen. They’re doing this play and everyone in the crowd is going nuts. So I started thinking of how we could combine that with fantasy.” 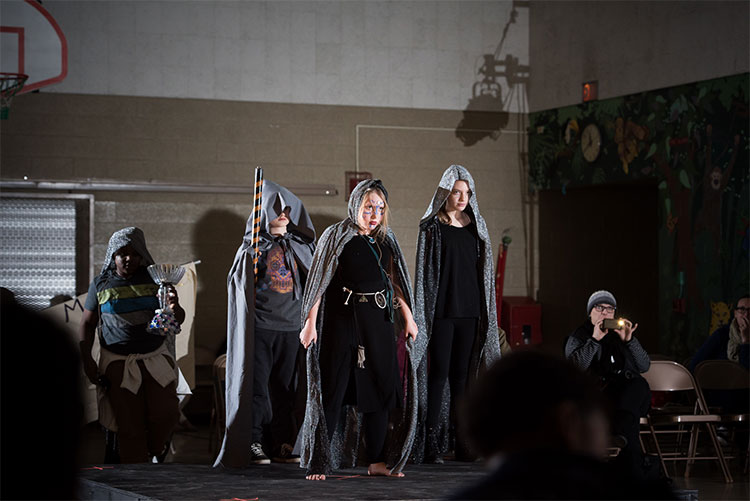 Like past Highland productions, skill levels and acting chops vary wildly, resulting in an agreeably chaotic and off-the-wall experience. Some more experienced actors, however, like Nnamuchi and Mathias, clearly relish their roles, and make the most of Weber’s stylized dialogue and lightning-fast action.

“I like acting,” Nnamuchi says. “My mom enrolled me in acting school. I want to get in more things, maybe commercials and stuff like that.”

Still, the best part of Highland plays is watching a bunch of kids have a blast with unconventional material. (Like Weber has said in the past, there are no “rock” or “tree” roles here.) Sacred Orb is by far the school’s most boisterous and rowdy production to date—and it’s most enjoyable. A nifty theme of coming together and forging friendships for the common good maps nicely over the often clique-filled world of grade school. Like the sword-bestowing hermit in the original Legend Of Zelda says, it’s dangerous to go alone. With Sacred Orb, Weber and his Highland Community Players take that advice, and go forward together.

Quest For The Sacred Orb will be staged Tuesday, February 28 and Thursday, March 2 at 6:30 p.m. at the Highland Community School Auditorium. 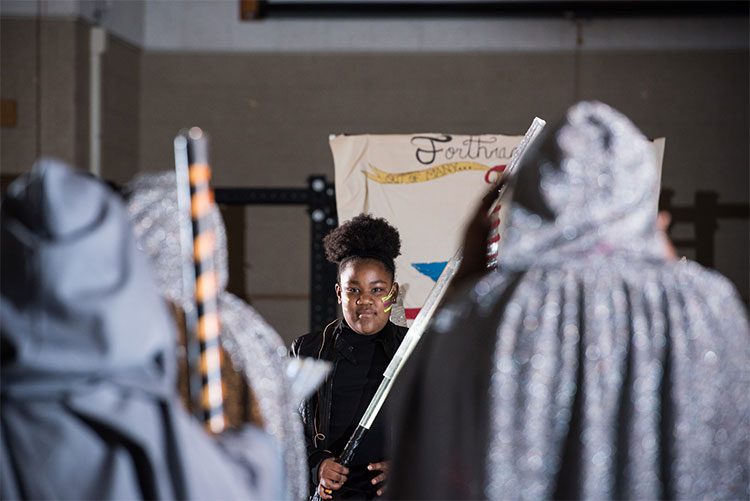