Sometimes I still can’t believe it all really happened. The Deer District. The playoff run. The “terrible city.” The overtime stunner in Game 7 in Brooklyn. Coming back in series after series. The incredible live TV interviews with Bucks fans downtown. The injury. The return. The Finals. The Sun Block. The Valley Oop. The 50-point closeout. The celebration. The parade.

It still all seems so surreal. Never in most Bucks fans’ wildest dreams would something like this—a win so special, a run so memorable, a city so electrified—ever become a reality. Not for this team, the often-overlooked, almost-always-losing NBA franchise playing on 4th and State. But it did. And we’ll be carrying the memories from that 2021 World Champion Milwaukee Bucks team with us for a long, long time.

The thing is, though, is that it’s not over. This Bucks team is now defending its title, and in turn, gifting us a brand new tradition in Milwaukee.

For as long as Giannis Antetokounmpo is playing for the Milwaukee Bucks, this team is going to be in the playoffs, competing for a title. They might not reach the mountaintop every year. The NBA is a tough league and repeat championships don’t happen often for non-superteams in small markets. The San Antonio Spurs won five championships between 1999 and 2014, but none were back-to-back. But the Bucks are going to be in the mix, every year, for the foreseeable future. For those of us in Milwaukee, that’s pretty special.

Last year, the delayed-start season following the 2020 bubble playoffs meant that the playoffs didn’t start until May. That, coupled with the uncertain nature of that time period, meant that what happened in the Deer District in the months that followed was something that evolved organically, morphing into, I wrote at the time, a “combination of a Summerfest free stage show (think Miller Oasis), a Brewers tailgate, and the Bradley Center upper level.” It filled a void left by the many delayed and canceled festivals and events that year, an opportunity for us to come together as a city after so much time apart. When the playoffs began, we didn’t know if anything like the Deer District would even be possible; by the time it ended, it was a worldwide phenomenon.

Now, we get to go do it again. But this time as Defending Champions. These celebrations are annual now, and this is how the legacy of this Bucks team and their unlikely championship can live on, year after year.

We already know that Milwaukee summer is one of the greatest things there is. It’s why so many of us live here, enduring five-month winters, to get the payoff of the Great Milwaukee Summer. With the NBA Playoffs back on their normal schedule, we have something just as exciting to take us from April on. With festivals and events set to come back this summer, 2022 is lining up to be one incredible year in this city.

The city is changing, too. A real standout aspect of the Bucks playoff run is how people in Milwaukee came together in the Deer District, at the parade, and all over town. It happened in ways I’d never seen in this still-too-segregated city. Milwaukee was united. Truly united.

As Angela Lang, executive director of Black Leaders Organizing for Communities (BLOC), wrote in a recent piece at The Recombobulation Area: “The amount of unity I saw was more than I’ve seen in a long time. It gave me joy to see so many people love not only the World Champion Bucks, but Milwaukee as a whole. For once, Milwaukee got a little shine.”

Milwaukee is going to be shining every spring, experiencing the collective joy of rooting on this incredibly fun Bucks team, year after year. We’ll get to celebrate like only Milwaukee does, in an experience fans and citizens basically invented themselves, in a setting that’s unlike anything anywhere else in sports.

Every year, this will be our tradition. After Opening Day and Milwaukee Day, we’ll be looking ahead to the Bucks playoff schedule, reorganizing our lives around each and every game, following every storyline online at all hours, getting excited about any new video clip the team puts out, even if they involve viking shows on Netflix.

And it’s not just in the Deer District or in the arena. It’s in corner bars and family get-togethers. It’s in conversations at the office and a “Bucks in Six!” acknowledgement to a fellow fan on the county bus. Every year, we’ll all have a chance to pull in the same direction, for a few weeks or months, with the hope of the collective joy of a championship waiting for us at the end.

What happened last year changed this city. Let’s allow this experience to be a galvanizing force for good in Milwaukee. These are the “Bucks in Six!” years now. They are a true gift. Let’s be sure not to take them for granted. 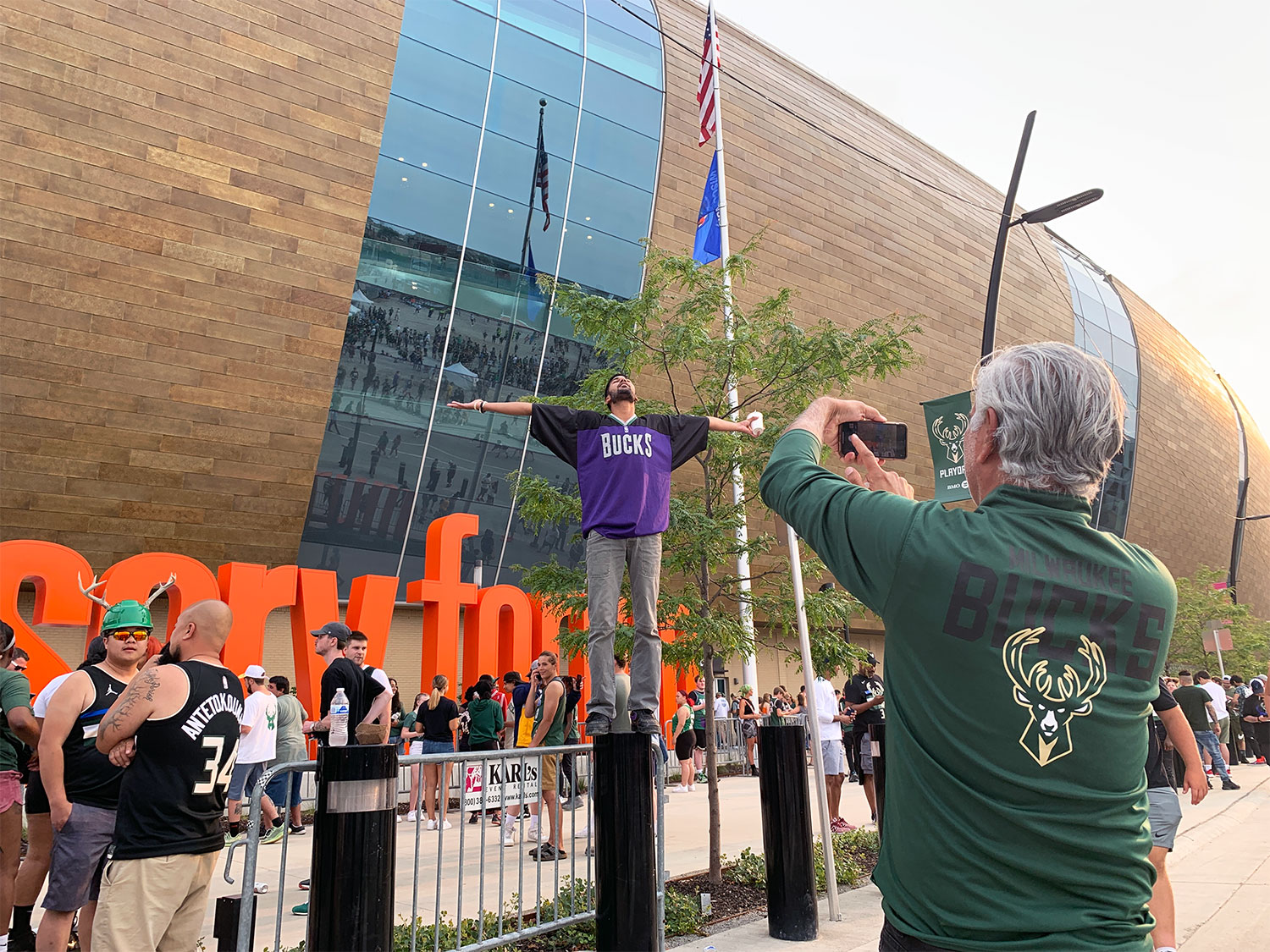 • Relive Thursday’s Bucks parade with these photos and videos

• Mandatory Milwaukee: The Deer District is the current center of the Milwaukee universe