There was a liiiiiiitle bit of rain today, so it got us thinking: Remember that time, in 1997, when Milwaukee got a lot of rain, and Milwaukee County Stadium was totally flooded?

The date was June 21, 1997. More than 10 inches of rain had fallen in the Milwaukee area in the previous 30 hours. A northern portion of I-43 was under 12 feet of water. A chunk of Juneau Park overlooking Lake Michigan was gone. A sewer line near Harley-Davidson was transformed into a sinkhole 30 feet deep and 60 feet wide. And Milwaukee County Stadium? Well, it was under more than two feet of water and it looked like this:

Despite the work of the grounds crew—not to mention the good humor of manager Phil Garner and the reporting of a young Dan Needles—the Milwaukee Brewers were forced to postpone their night game against the Kansas City Royals. And yes, it was “Golf Umbrella Night,” and yes, WISN 12 totally used its chopper to help dry the field: 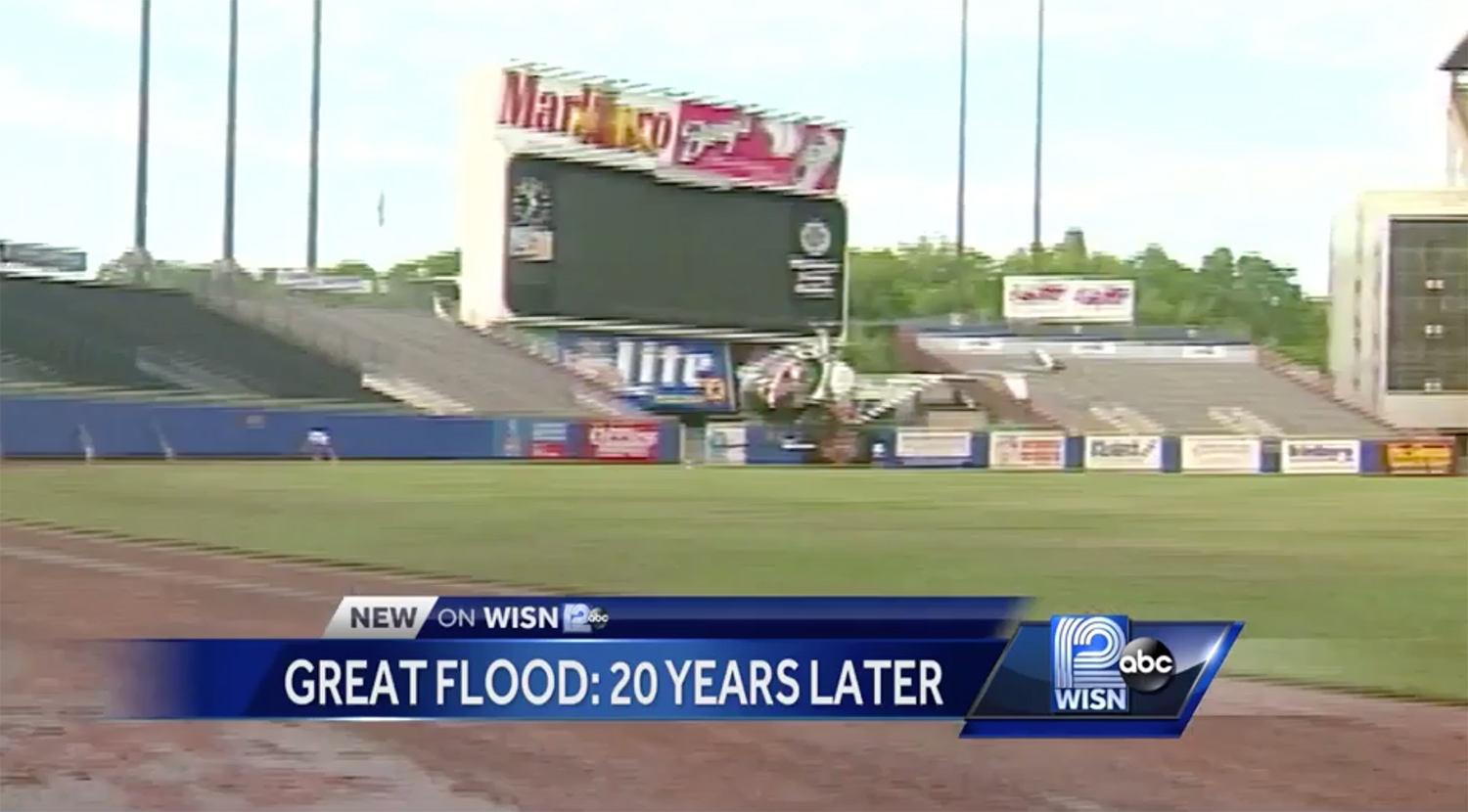 The Great Milwaukee Flood of 1997 was similar to one in 1986, in which County Stadium found itself under several feet of water for the first time. (The Brewers were in New York playing the Yankees.) Sadly, two people drowned in the 1986 storm.

• Take a tour of Milwaukee County Stadium, weeks before it was closed and torn down