But something recently caught my eye: the Milwaukee Brat House‘s new CBD-infused brat called The Pineapple Express. (It’s called The Pineapple Express because drugs.) It’s described as a “CBD oil and Tiger Sauce infused smoked brat topped with a pineapple habanero salsa, served in a fried pita.” What’s more, the Brat House also has “house-made beer mustard with CBD oil, and CBD-infused kraut which are available to add to any menu item.”

I am from Wisconsin and I like brats. I experience crippling anxiety the second I leave the house and I’d like to like CBD, I guess. Okay then. Sold.

On a bright and life-affirming Tuesday afternoon, I stopped by the Milwaukee Brat House. The one on Old World 3rd Street. Not the one in Shorewood. Every time I go to Shorewood I get flashbacks of the time I got the shit kicked out of me in the parking lot of Hollywood Video. Long story. 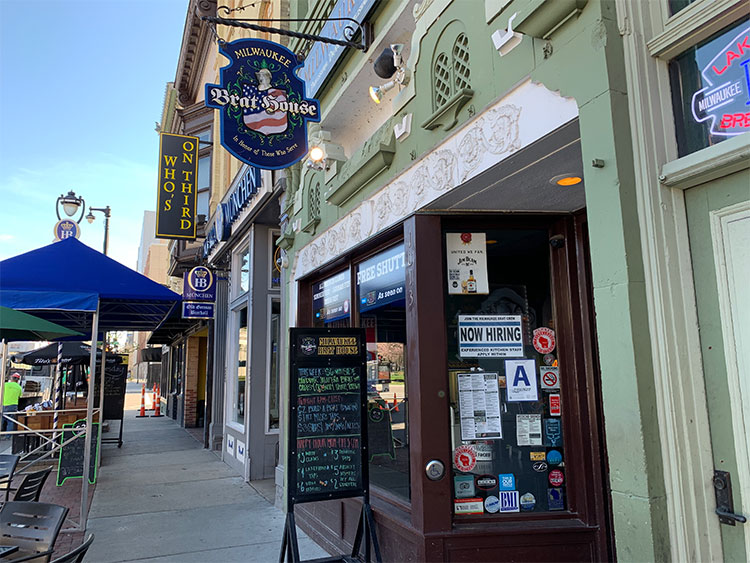 It was pretty early, so I was the only customer in the Brat House. A guy and a girl were working behind the bar and listening to music. “Um, how long is this song?” asked the guy 10 minutes into the 8,000-minute version of “Rapper’s Delight.” Also, the CBD-infused brat was $14.95! 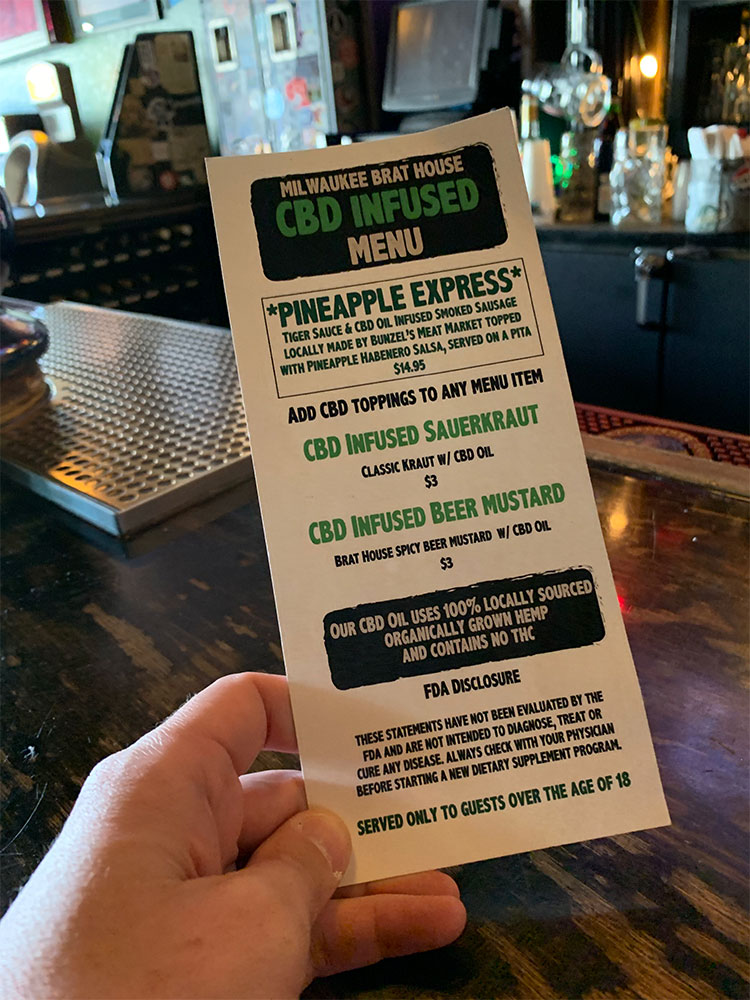 I ordered one anyway, partly because I was hungry, and partly because I’ve spent my entire professional career building up to a point where I can order a $14.95 CBD-infused brat and write it off as a business expense. I wanted to be an astronaut when I was a kid, but this gig ain’t too shabby.

The CBD-infused brat soon showed up, and holy shit did it look good. It was beautiful. It was hefty. It was delicious. Does CBD oil have a taste? I dunno, but I couldn’t detect anything funky about the CBD-infused brat. I ate the thing in five minutes flat. I enjoyed a Miller High Life. 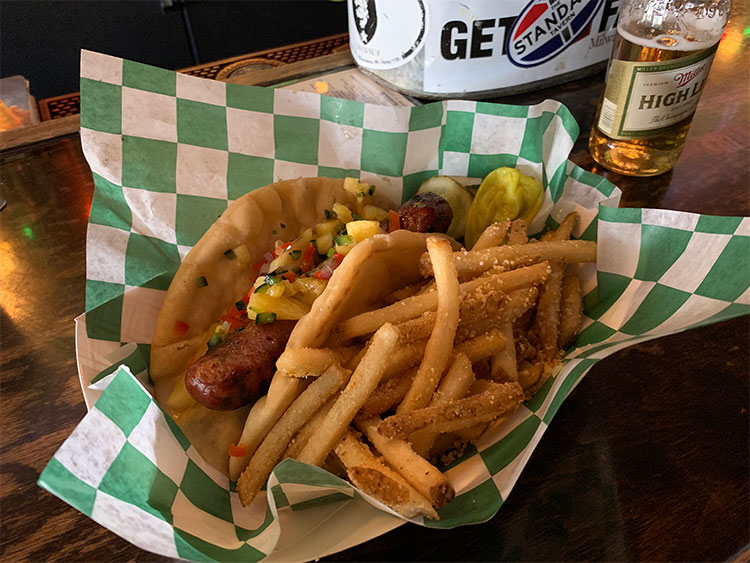 I looked at Downtown Milwaukee and remembered the time I got fired from my mailroom job at the 100 East Wisconsin building. (Pro tip: When lawyers want something sent UPS Next Day Air, do not accidentally send it Ground.) 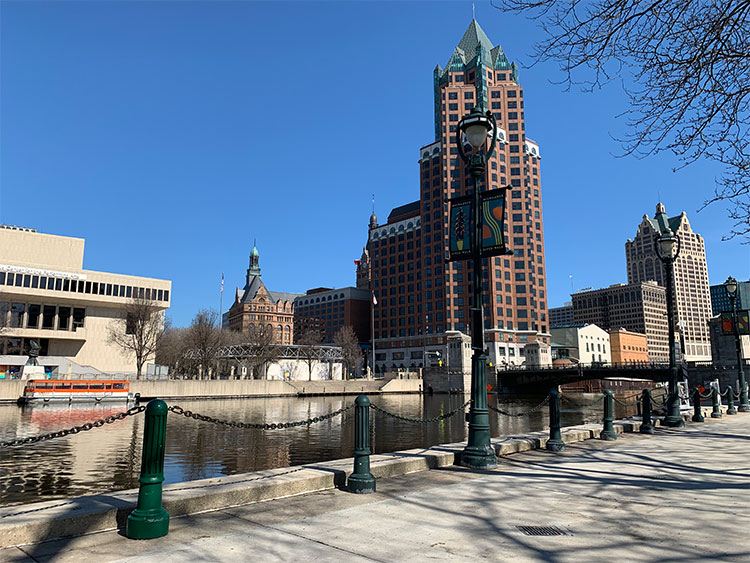 I looked at a goose that was chilling on the RiverWalk and remembered the time my dad took me goose hunting and I bagged two geese with one shot. (Pro tip: It’s not that hard to shoot giant birds with a shotgun.) 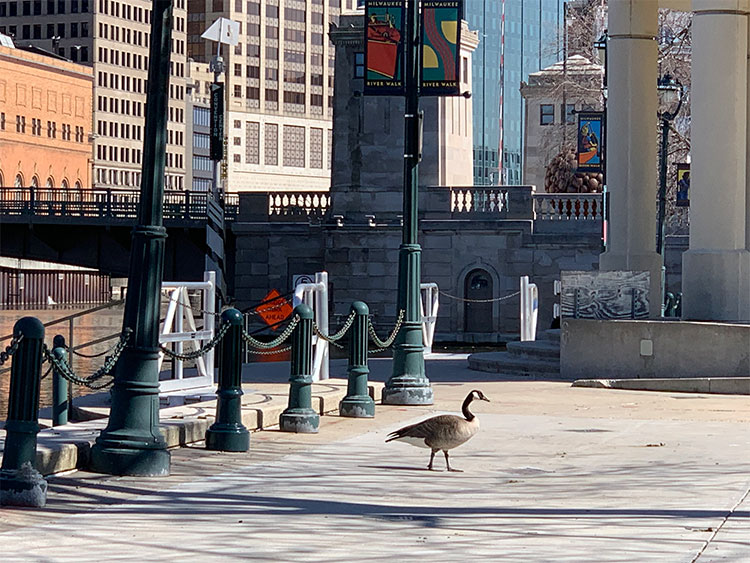 I looked at tire tracks left by someone who had apparently peeled out of the Milwaukee County Historical Society. John Gurda instantly came to mind, but everyone knows he rides a bike. 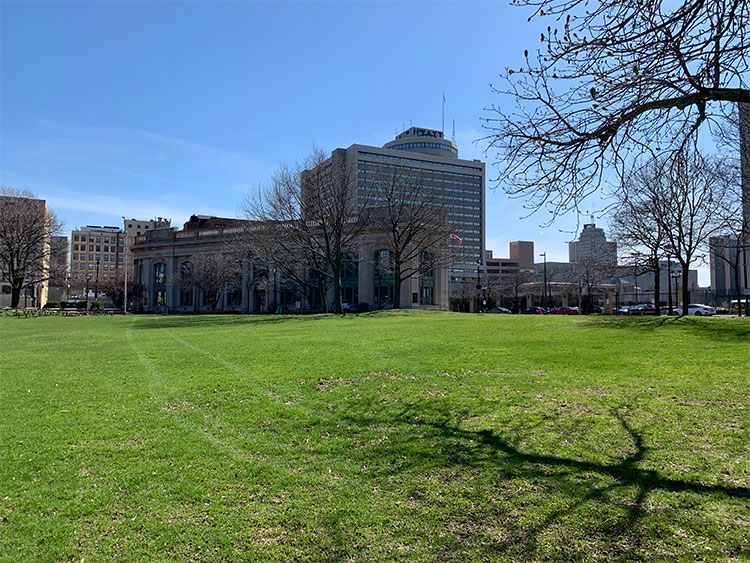 I looked at an uprooted tree and thought of that old “Crichton Leprechaun” video where the dude is all like, “I’m gonna rent a backhoe and uproot that tree! I wanna know where the gold’s at! I want the gold! Give me the gold!” 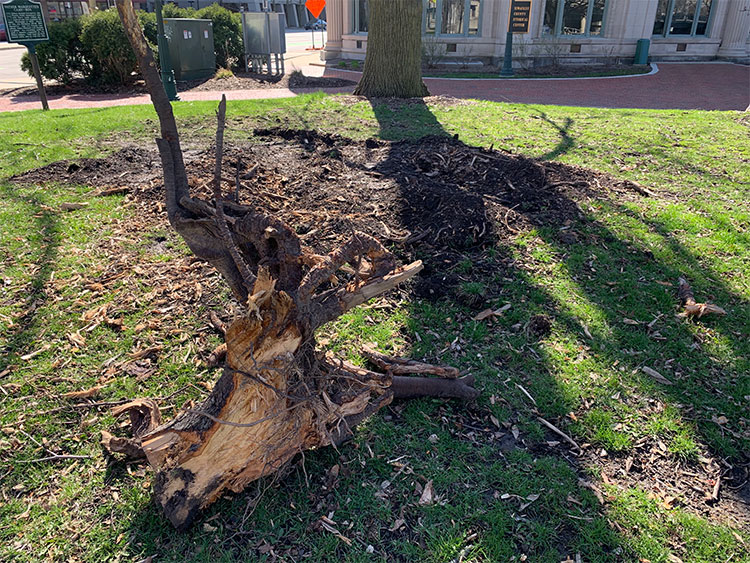 I looked at a statue of Pere Marquette. It’s not a giant penguin, but it’ll do. 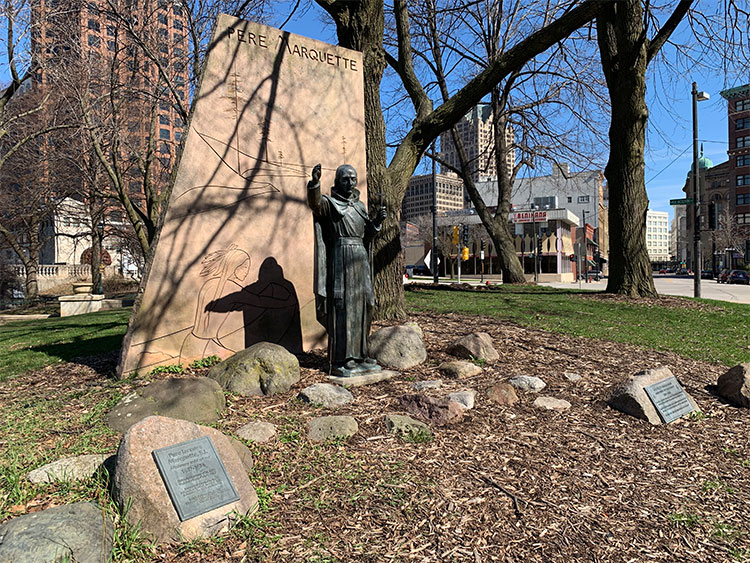 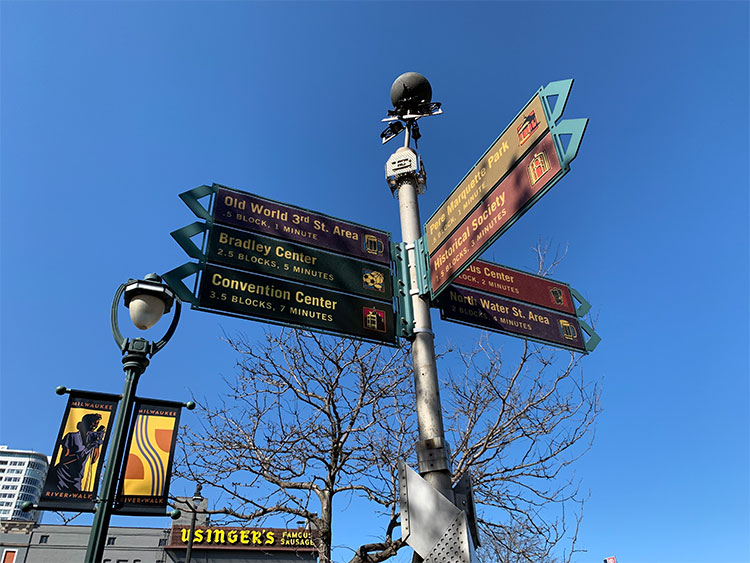 And, well, that was about it. Did the CBD-infused brat ease me into a mild state of relaxation and reception? You tell me. It seemed real. I seemed like it did something. If not the CBD-infused brat, then a picture-perfect spring afternoon in Milwaukee, where all leaders are strong and wise and capable, and all citizens are happy and beloved.

I don’t know. Maybe it was the High Life.