Well, maybe they can say something to each other. Drive west past Dream Lab at 327 W. National Ave. and you’ll see something beautiful: 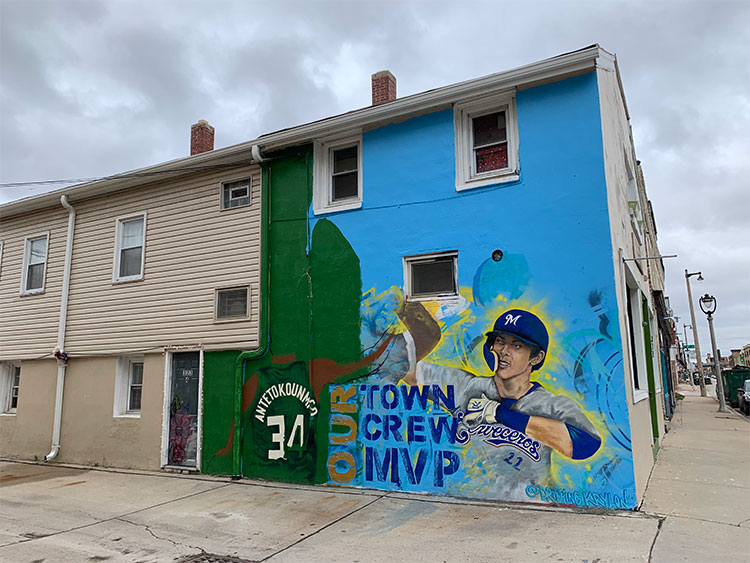 Yes, the Bucks superstar has (almost) joined the Brewers superstar on the Walker’s Point mural. Well, the back of the Bucks superstar, anyway. Yelich appeared on the side of the Dream Lab building (shared with Tippecanoe Herbs & Apothecary) last fall; work began on Giannis this month. 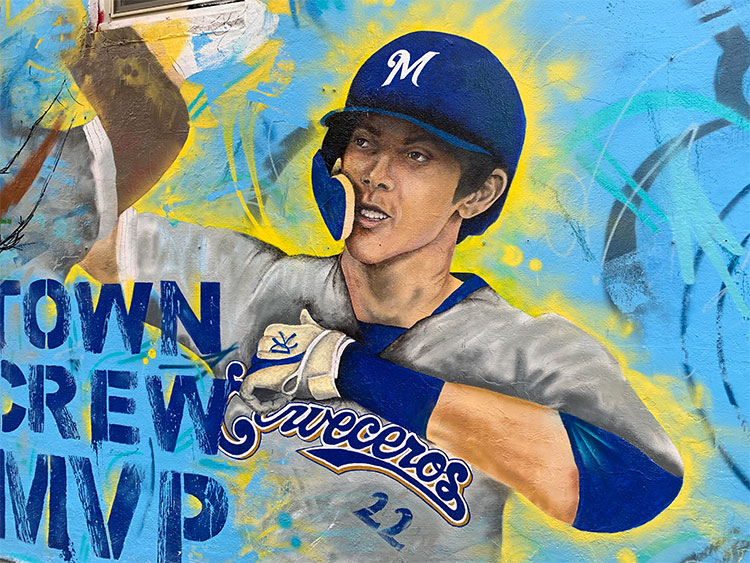 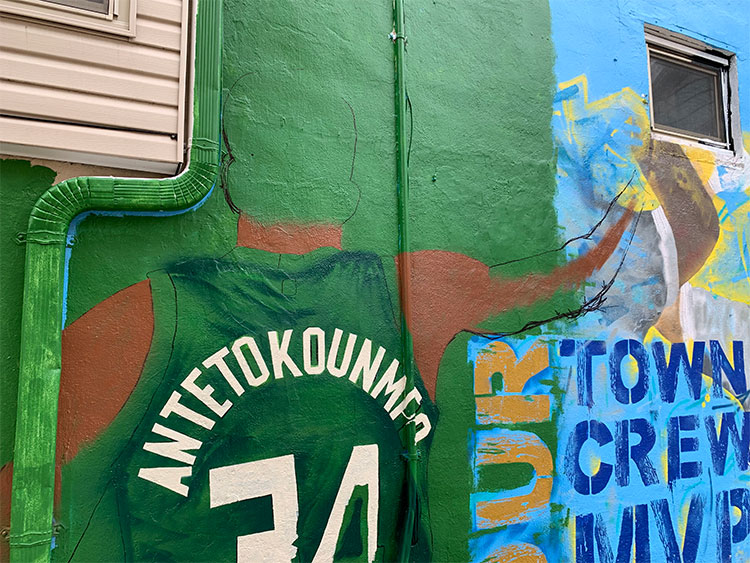 The mural is the creation of Dream Lab owner and operator Shawn Dekay. “Something about Yelich, man. He’s just so exciting. He’s doing things that Milwaukee hasn’t seen in a long time,” Dekay told FOX 6 last fall. “I definitely think [Giannis] is up there with Yelich. Even if he doesn’t win, to our city he’s the MVP,” Dekay told Urban Milwaukee earlier this month. 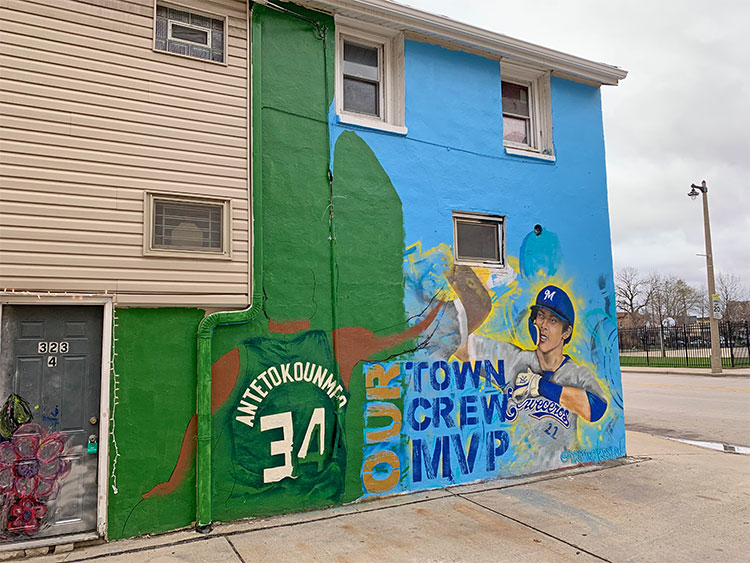 Mockup of the final mural: 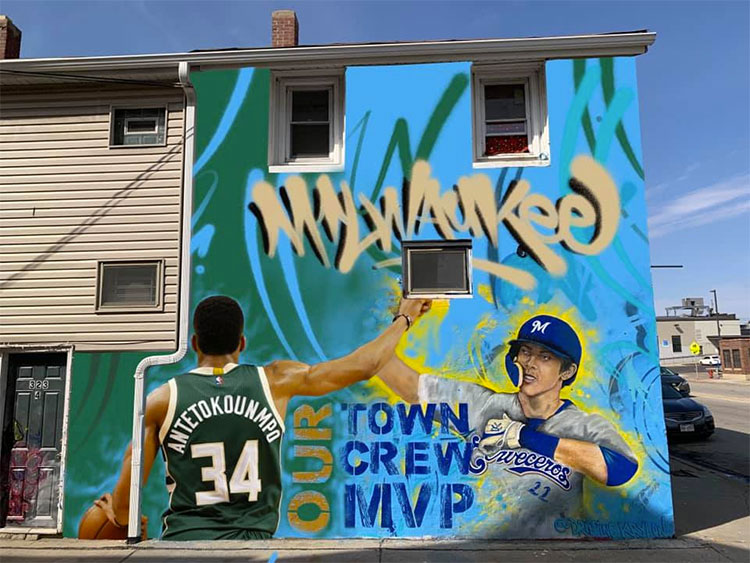