Last year, we introduced you to Mini Meltdowns—a super group featuring current and former members of Limbeck, Dashboard Confessional, The Promise Ring, The Benjamins, Rx Drugs, and the backing bands of Tommy Stinson and Paul Collins—and debuted a great new music video for “Number On Me,” the lead single from the Nashville-Milwaukee outfit’s excellent self-titled EP. Though last year proved to be an important and accomplished one for the young project, 2018 was an especially difficult year for Mini Meltdowns bandleader Jon Phillip.

“It was one of the worst years of my life and it made me feel so hopeless,” Phillip tells Milwaukee Record. “My dad passed away, I got sick and needed surgery, had to cut a few toxic relationships from my life, my anxiety got so bad that I started taking medication for the first time, and I began to question my own existence.”

Through the loss, hardship, and inner turmoil, he managed to put some of his feelings to music. Along with bandmate Scott Schoenbeck on bass, the duo took that material to the Oklahoma studio of All-American Rejects guitarist Mike Kennerty back in April, where they recorded four songs for a new EP. According to Phillip, Destined For Disaster is largely about losing his father, ending friendships, battling anxiety, and fighting the urge to give up. Many of those feelings are on display in the effort’s first single, “I Wanna Die.” The song finds Phillip bluntly addressing his struggles in the single’s brutally honest and self-referential lyrics. Mini Meltdowns are joined on the recording by Ricky Salthouse (of The Only Children and The Anniversary), who provided some backing vocals. Kennerty plays the song’s blistering guitar solo.

Phillip—who sings, and plays guitar, drums, and keys on the EP—credits Destined For Disaster for helping to pull him out of the dark place where he spent most of 2018, saying “Writing these songs and meeting my fiancée, completely changed everything in the best possible way.”

Destined For Disaster will be released on Phillip’s Good Land Records on October 4, but the 7-inch is available for pre-order on both black vinyl and limited-edition “Blood Splatter” vinyl now. On October 18, exactly two weeks after the EP comes out, Mini Meltdowns will play its first full-band show at X-Ray Arcade with Graham Hunt and Telethon. Phillip tells us the live band consists of him on guitar/vocals, Schoenbeck on bass, Kennerty on guitar, and Sam Reitman on drums. You can listen to “I Wanna Die” now, and make sure to mark your calendar for October 18. 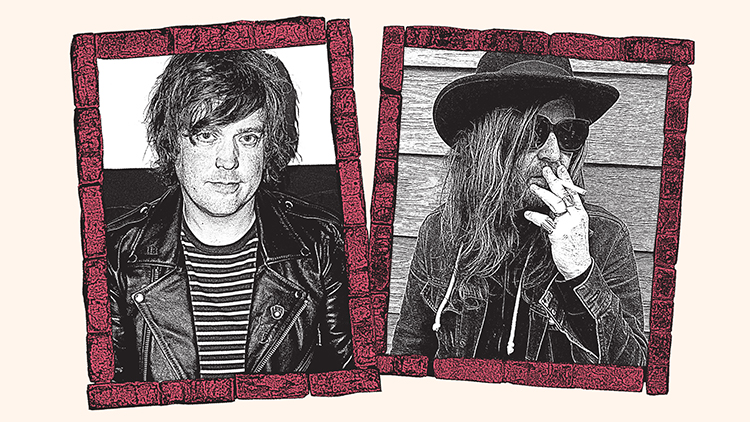