Inevitably, when an influential band breaks up, its members gravitate back toward the thing that made the band famous. Thirty years have passed since Mystery Science Theater 3000 turned an activity once confined to dorm rooms and parents’ basements into an art form. Many important members of the show have returned to live riffing through concepts like Cinematic Titanic or RiffTrax, or smaller shows like The Mads. The new Mystery Science Theater 3000 returns to Netflix next week, just in time to commence the now-traditional Turkey Day marathon—for those families who want to fall asleep after their big meal to cheap robots making jokes about Ernest Borgnine movies instead of hoping that the Bears and Lions somehow fall into a dimensional hole and keep the Packers slim playoff hopes alive.

Thursday night, Mystery Science Theater 3000 LIVE! set up shop at a three-quarters full Riverside Theater. The empty seats may have been because of the central involvement of Jonah Ray, the new host of the Netflix reboot. It took many fans a while to warm to him over the last season thanks to a shaky start and a fanbase still ready to draw blood over bitter USENET battles about Joel vs. Mike. Jonah’s self-deprecating persona has made him a good host for this new generation of the show, but it was curious that he, Synthia (Rebecca Hanson), and Deanna Rooney (a new character from the upcoming season) were the only ones who made it out for the tour. The crew was self -aware enough to crack jokes that they couldn’t afford to make another pre-filmed segment with Patton Oswalt and Felicia Day, and clearly hoped that the presence of original show creator Joel Hodgson (a.k.a. Joel Robinson) would make up for it. 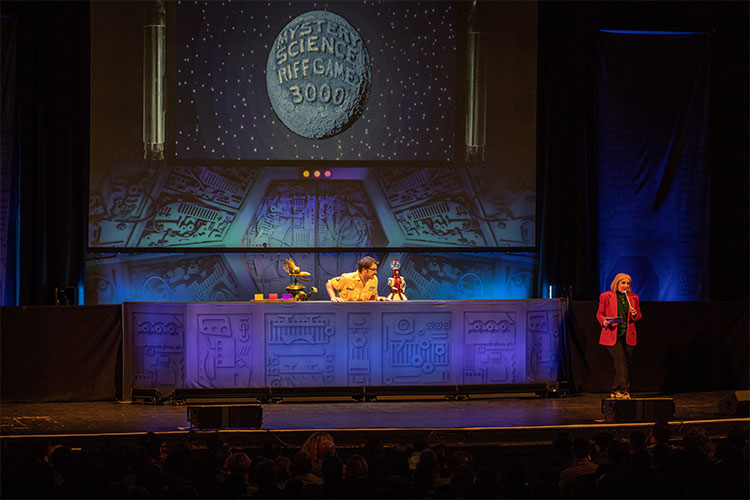 It also seemed strange that Joel was the only member of the original cast to make it out for a tour billed as a 30th anniversary; but in Milwaukee, the cards are stacked in his favor. This city is basically a homecoming show for the crew, as much of the talent behind the show was recruited out of comedy shows in Wisconsin and the upper Midwest. Joel got some big laughs by making jokes and riffs that cut more specifically than the usual “beer and cheese, amirite?” jokes that most comedians fire off in touring shows.

What matters in shows like this, however, is if the band can still play the hits, regardless of who holds the instruments. The film selected for the run was a bit of Canadian awfulness called The Brain, a low budget mix between Invasion Of The Body Snatchers and A Nightmare On Elm Street. The film hit that perfect middle ground fans want in a good MST3K movie: bad enough that there’s ample opportunity for jokes from the riffers, but still good enough that viewers don’t want to turn off the movie and do something more useful like bang their heads against a wall. 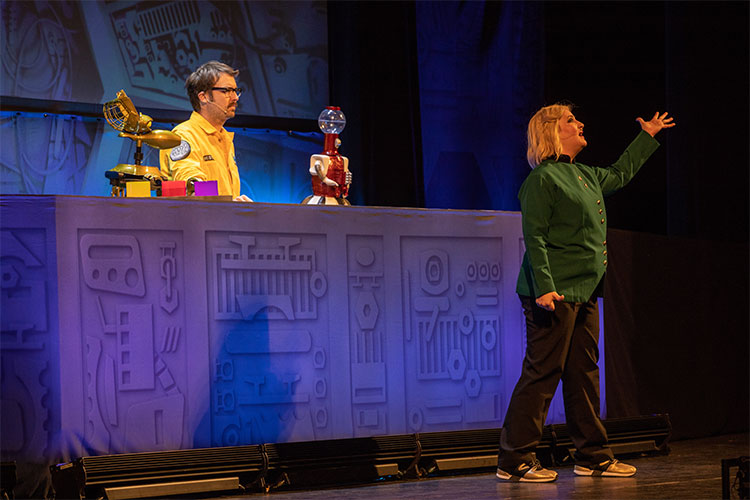 The movie had a lot of excellent targets ranging from a bunch of 30-year-old actors playing teens to a location that was used over and over and over again. There was an odd framing device of a competition between Joel and Jonah that telegraphed a few too many jokes, but the interplay between everyone on stage still filled the theater with howls of laughter brought on by cleverly deployed callbacks, running jokes about parking, and deep cut references that made Joel famous. The game show bit payed off for one fan, at least, who, dressed in a Gizmonic jumpsuit, got to clamber up on stage with everyone and fire off a few riffs before getting eaten by a puppet modeled after the monster in the film.

All in all, the show played much like a live episode of the current series: tight riffs, rambling host segments, and a few audience members confused by who this new guy was. Mystery Science Theater 3000 lives on much like the creatures in its terrible movies, stumbling ever forward as the audience laughs all the way home. 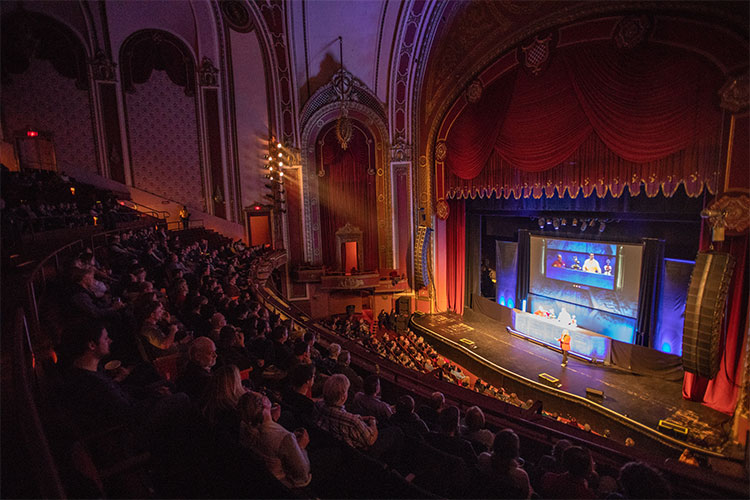