The Vanguard isn’t afraid to shake things up. On top of regularly adjusting its menu in new and exciting ways, the owners of the Bay View bar and sausage emporium have shown no hesitation to occasionally break format for a night around the Halloween season, when they’re known to transform into an entirely different business with an entirely different focus.

For one night in late October of 2015, the business changed its name to Golden Dragon and specialized in Chinese cuisine. The following year, Vanguard served up seafood as a single-night venture called “Hook Line & Sinker.” In 2017, the business took the holiday theme to weirder and more obscure territory when it spent Halloween as a Seinfeld tribute restaurant known simply as “A Restaurant About Nothing.” In 2018, they spent Halloween night as an ’80s era comedy club and cocktail lounge known as “The Punchline” (which included a drop-in set by actor/comedian Jon Daly). Finally, the restaurant masqueraded as “The Cheatin’ Heart Honky Tonk Saloon” for one October night in 2019. Vanguard took the past two Halloweens off for obvious reasons, but they’ll triumphantly return with what could be their strangest temporary restaurant rebrand yet.

On Thursday, October 27, The Vanguard will transform into “Paisley Pork, The Restaurant Formerly Known As Vanguard.” So how did this idea come about? 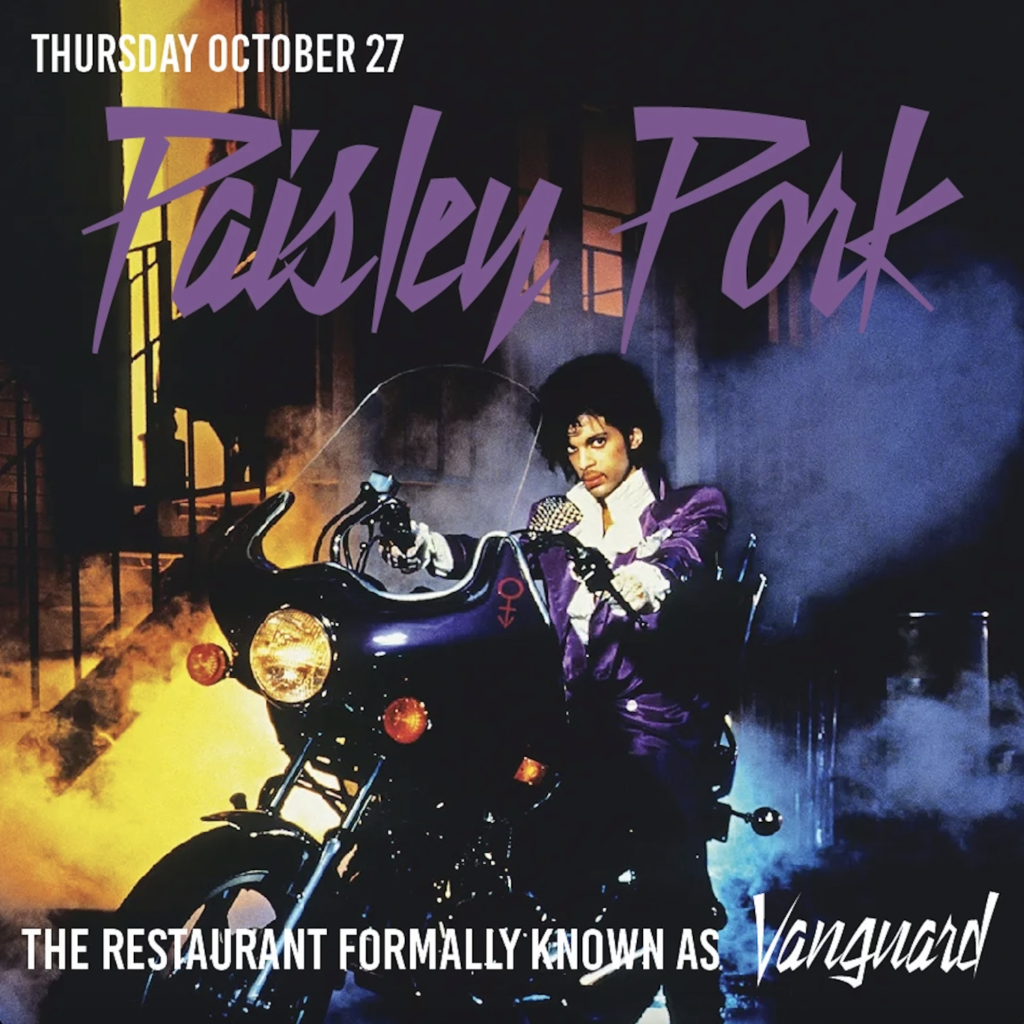 “Years and years ago when Hamburger Mary’s was closing its purple doors in Bay View, I made the joke that someone should make a Prince-themed BBQ restaurant called ‘Paisley Pork,'” Vanguard co-owner Chris Schulist tells Milwaukee Record. “I’ve had this one in my back pocket for years. Honestly that’s how a lot of what we do comes to fruition: joke first, then work backwards.”

With the name in place, the restaurant then had to figure out what they’d be serving to help bring the joke to the next level.

“I knew Prince was vegan, so I knew we would have to have vegan options to honor him,” Schulist says. “But after we were doing some research, we found out that his favorite meal was spaghetti with a glass of orange juice, so we decided to make the “Paisley Pork” menu more Italian-themed.

Head chef Patrick “Paddy” Joyce has crafted a full new menu for this single-night concept shift. Though they don’t want to reveal everything they’ve lined up for the event, diners can expect menu items like “Little Red Croquettes” and “Raspberry Sorbet.” The signature “Paisley Pork” menu item is a marinated and grilled pork chop served over garlic butter noodles with creamy mushroom masala sauce, vinegar peppers, pancetta, and pecorino.

In addition to the new menu The Vanguard will serve on October 27, Schulist says diners can expect “Prince fun and Prince puns.” Costumes are encouraged and people are encouraged to dress like any era of Prince or any member from Prince’s entourage. “Paisley Pork” will be open from 5 p.m. to bar close. There will also be “something special” happening around 8 p.m.

“Since we haven’t been able to do our Halloween Concepts for a couple of years, we wanted to come back and do something that’s universal, something that everyone can agree on,” Schulist says. “Who doesn’t love Prince?!” 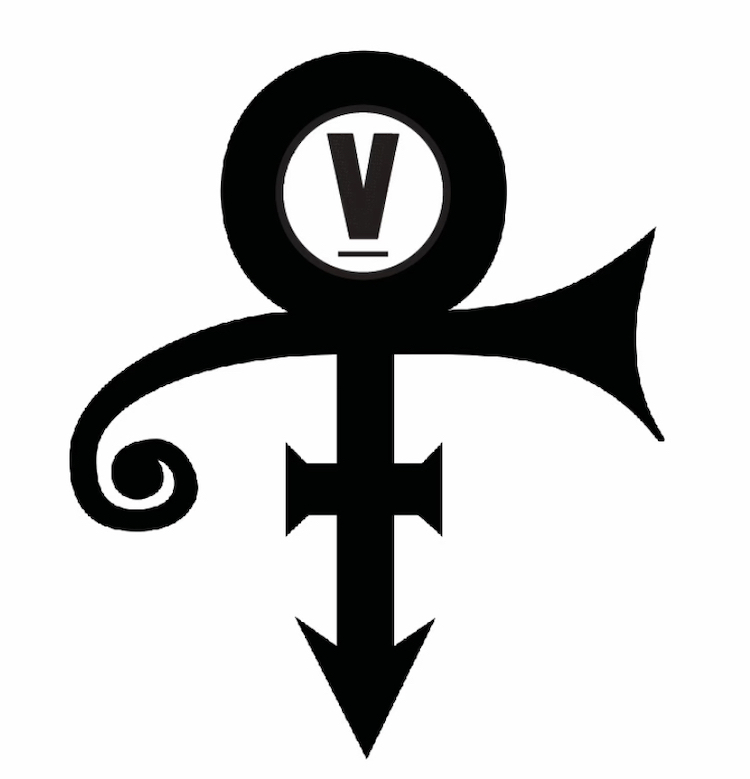