In case you missed the news, The Vanguard—which just changed up its menu earlier this month and said goodbye to a few beloved items in the process—announced it would spend Halloween night dressed up as “The Cheatin’ Heart Honky Tonk Saloon.” The one-night pop-up event is the latest installment of the Bay View bar and restaurant’s annual holiday tradition. Previous iterations have found sausage joint temporarily taking the form of a Chinese restaurant, a seafood shack, a Seinfeld tribute bar, and an ’80s era comedy club.

On Thursday evening, The Vanguard will open up as an entirely new business and adhere to a country-fried concept, which will include a new menu to fit the night’s theme. If you’re still not sure whether you should saddle up and mosey on over to The Cheatin’ Heart, perhaps the Honky Tonk Saloon’s menu will help you make up your mind. Get ready for chicken fried steak, ribs, a mess of southern sides, Nashville hot chicken, a few vegan options, and much more. Here’s the full menu. 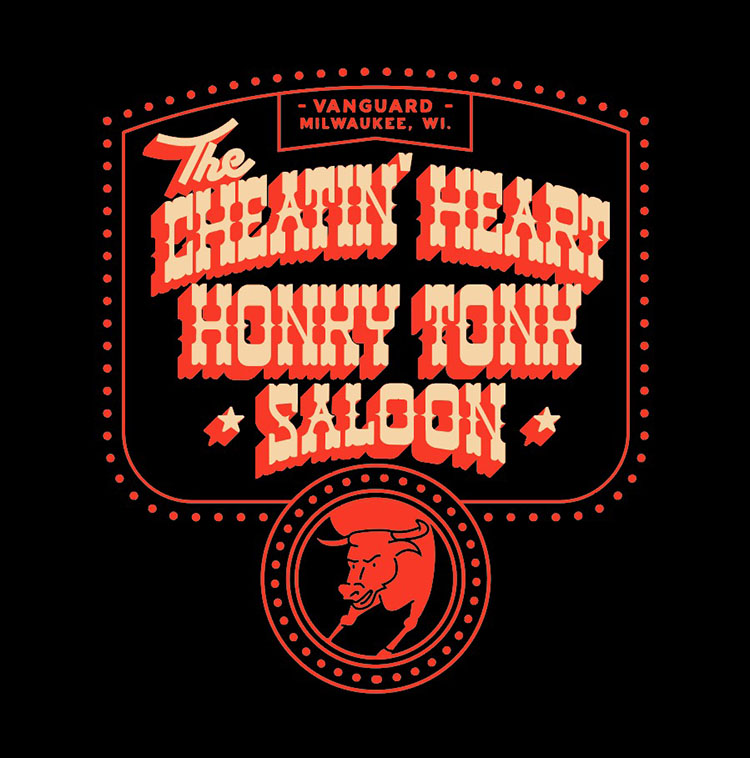