License applications filed with the city reveal that Donald Dries—via the recently incorporated Dries Enterprises, LLC—plans to open Dries Ristorante and Donnie’s Pub at 2856 N. Oakland Ave., near the busy intersection of Oakland and Locust. A proposed opening date for the new bar/restaurant is listed as March 1.

Along with projected hours of operation (8 a.m.-2 a.m., Sunday-Thursday; 8 a.m.-2:30 a.m., Friday-Saturday), the license application indicates Dries intends to have live music, one pool table, and five “amusement machines” at his place. We tried peeking through the windows for verification, but they were blacked out.

Oh yeah: one of the pizza places was SoLo Pizza, right? And Monster Pizza MKE, too.

Monster Pizza MKE closed in 2017. The Black Rose—which occupied the southern half of the building—closed in 2018. Next-door Miramar Theatre is still open. Oakland Gyros is still alive and kicking across the street.

Speaking of Oakland Gyros, the future Dries Ristorante/Donnie’s Pub building—along with other Oakland Avenue buildings—is owned by Olympia-Kalts LLC, which is led by Oakland Gyros owner Chris Karampelas. Olympia-Kalts bought the location in 2018. 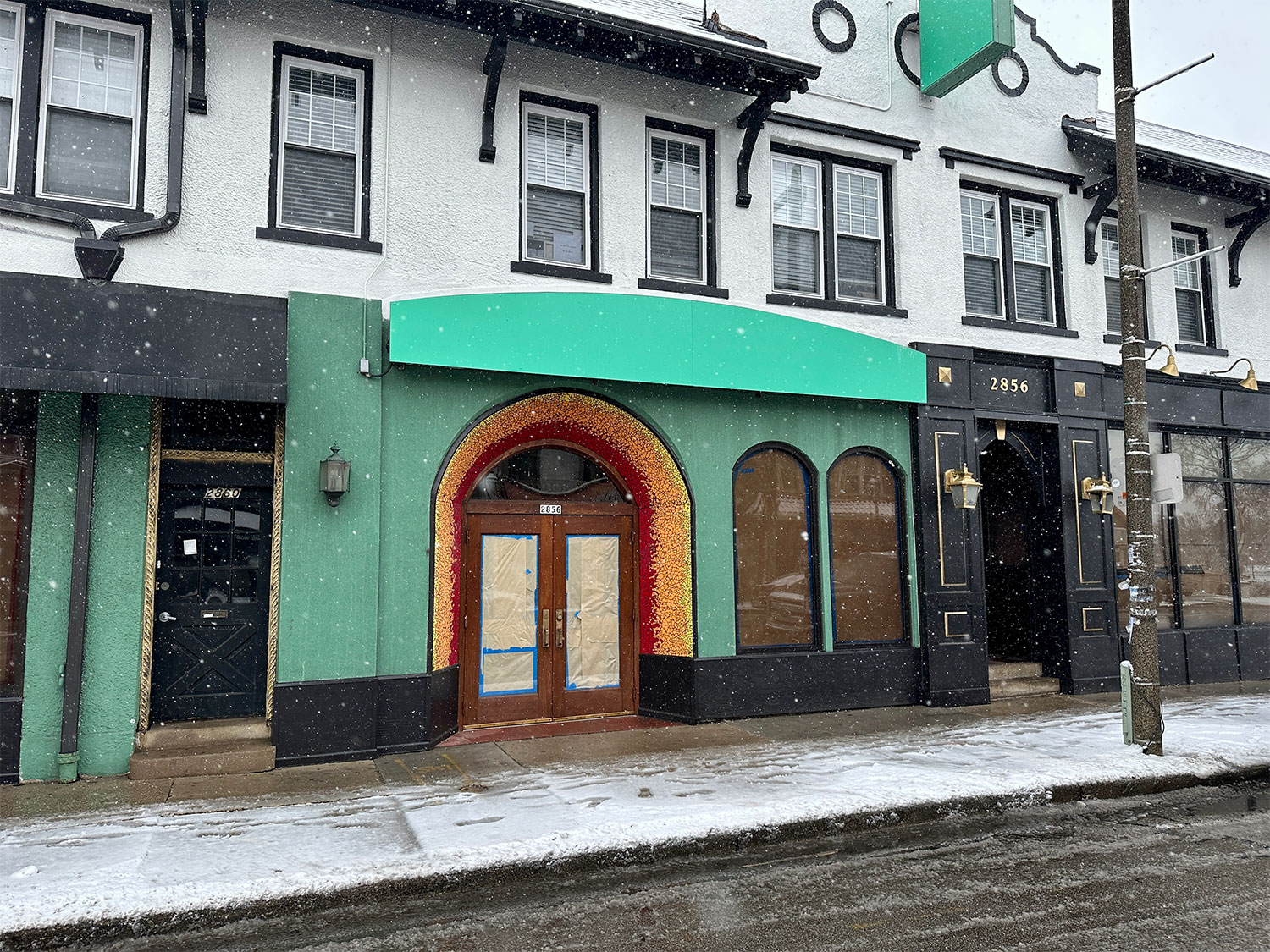 • Monster Pizza MKE is closed, Oakland and Locust down to only four pizza places

• Shahrazad is now open in its new location, a few blocks north on Oakland Avenue