Three years after it first announced its intentions to open its first Milwaukee location, marijuana-themed sandwich chain Cheba Hut will open on the corner of Oakland and Locust (2907 N. Oakland Ave.) on Monday, July 26. The Fort Collins, Colorado-based chain specializes in “toasted” subs, along with salads and “munchies.”

Hours will be 10 a.m.-midnight Sundays through Thursdays, and 10 a.m.-2:30 a.m. Fridays and Saturdays. The Milwaukee Cheba Hut will feature a full bar. Find a full menu HERE.

The East Side location is the former home of Blaze Pizza. Before that, it was a Five Guys. Before that, it was a Chin’s Asia Fresh. It’s across the street from Oakland Gyros and that new Cousins. There’s a Subway on the other corner, too, which means it’s almost impossible not to order a sub on the corner of Oakland and Locust.

The space next door—a.k.a. the former Good Land Wing Co. space—will soon be the dual home of Juana Taco Co. and Makk’n’Cheese.

The Milwaukee Cheba Hut is being run by former Franklin school district teacher Heather Gawlitta, and Viking Masek Packaging Technologies owner RC Huh. “After Gawlitta decided to take a step back from her 26-year teaching career, she and Huhn decided to look into new business opportunities,” reads a press release. “Immediately upon discovering Cheba Hut, the two fell in love with the food and were immediately drawn to the brand’s welcoming and laid-back environment.” 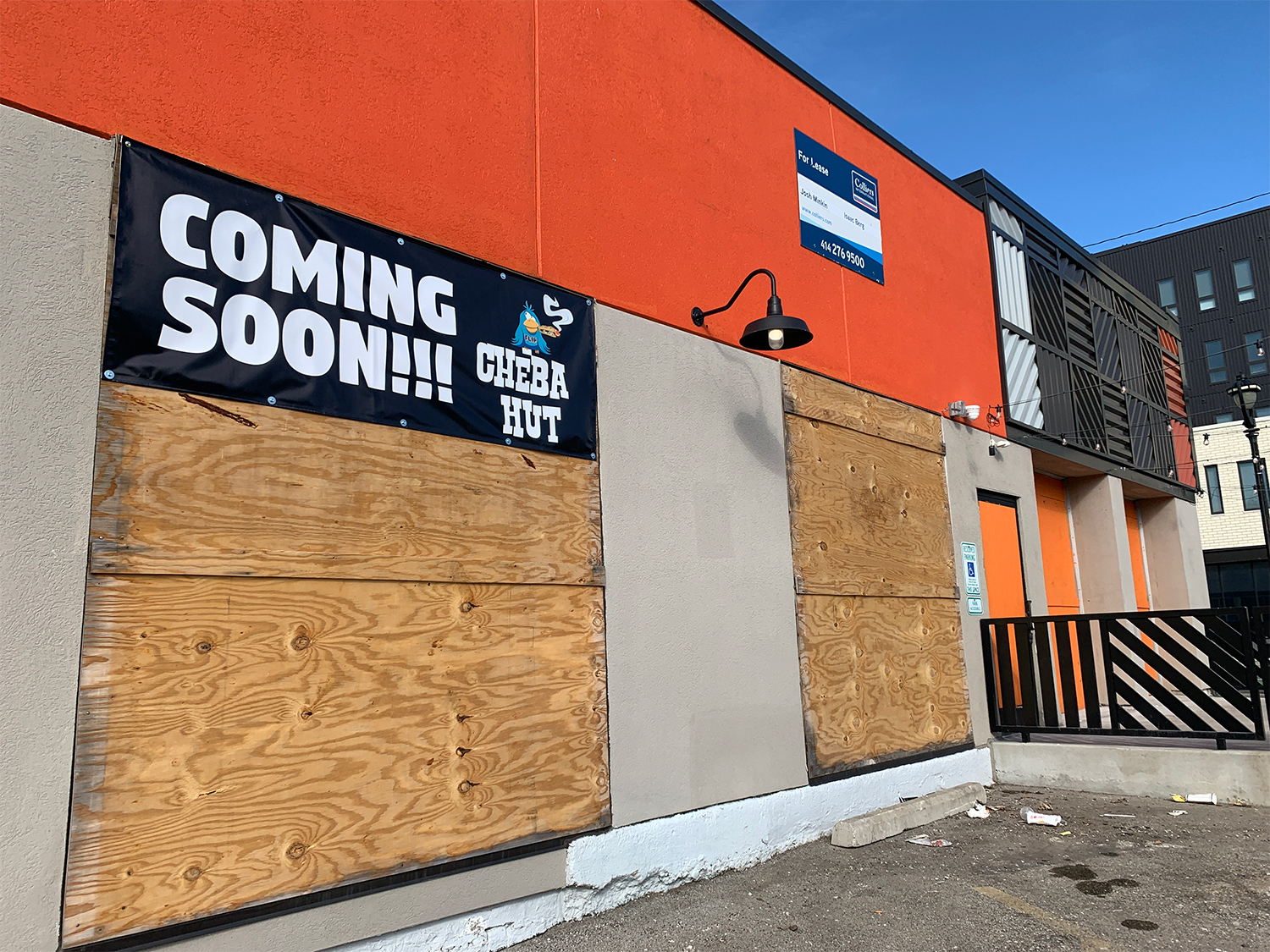 Cheba Hut is a “Toasted” sub concept that has been curing munchies since its start in 1998. Founder Scott Jennings decided to showcase the harmony between great tasting food and … well, a very specific counter-culture. The menu features over 30 signature sub sandwiches, as well as a variety of Rice Krispy treats, salads and munchies. Most locations also offer craft beer bars that feature local beers from neighborhood breweries.

Cheba Hut made its first Wisconsin appearance in 2013, when it opened a location in Madison. In 2018, it announced its intention to open four to six new locations in Madison and Milwaukee, with three to four in Milwaukee alone.

“Milwaukee deserves Cheba Hut,” Marc Torres, chief operating officer, said in 2018. “The city is full of loyal, hard working people. That’s who we are, and we connect well with those kinds of folks.”

• Marijuana-themed Cheba Hut planned for corner of Oakland and Locust