Some places viral maps come and go, while some places viral maps become icons. Mandatory Milwaukee is all about the latter. Join us as we revisit beloved and well-worn local staples viral maps with fresh eyes, and explore how they might figure in the city’s future. This week: that map that shows Wisconsin has more bars than grocery stores.

Hey! Did you know that Wisconsin has more bars than grocery stores? Well, if you’ve spent any time perusing Wisconsin social media in the past decade, you definitely knew this, because a map showing this fun fact is shared approximately every three weeks on Facebook, Twitter, etc.

Here’s the map that’s most often shared on social media, usually accompanied by “Yep” or “Seems about right”: 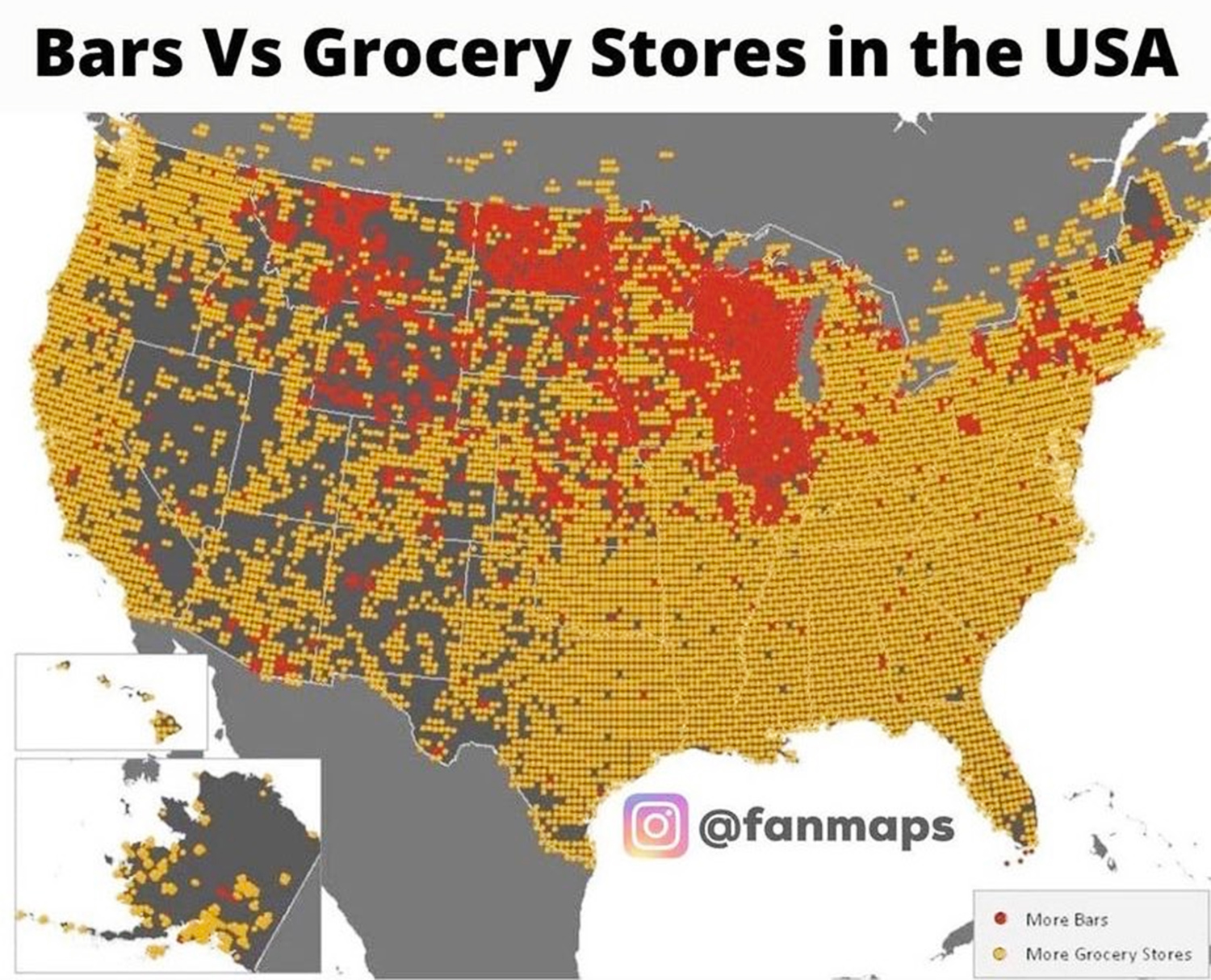 [Dateline NBC voice: OR DOES IT?]

The original map was created back in 2010 by map-making blog FloatingSheep. The data was collected two years earlier, in 2008. Thus, this widely shared map is, as of this writing, approximately 11-13 years old.

It’s still pretty alarming, right? Look at all those bars in Wisconsin! Look at the complete lack of grocery stores! It must have taken FloatingSheep forever to count all that up! Let’s look at the original original version of the map… 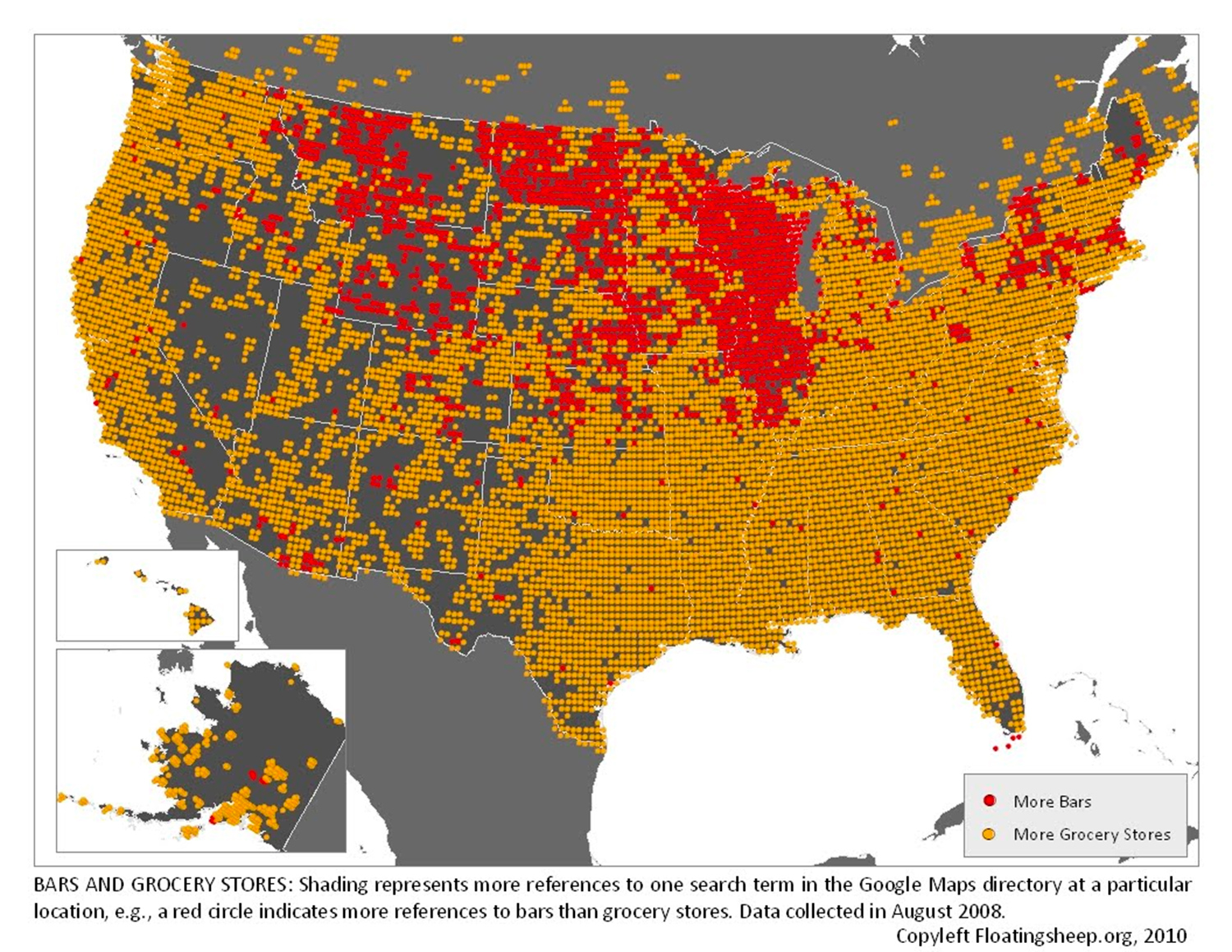 Ah yes. The data is based on “references to one search term in the Google Maps directory.” Huh. Thus, this widely shared map is, as of this writing, approximately 11-13 years old, and depends on search results for “bar” and “grocery store” via [the now-defunct] Google Maps Directory.

Interestingly, another map-happy website, FlowingData, revisited the bars vs. grocery stores matchup in 2014. New map-maker Nathan Yau had a few questions in mind this time around, including this: “The data from 2008 comes from the now defunct Google Maps Directory and only represented references to bars and grocery stores. […] Would using the newer Google Places API provide more detail?” 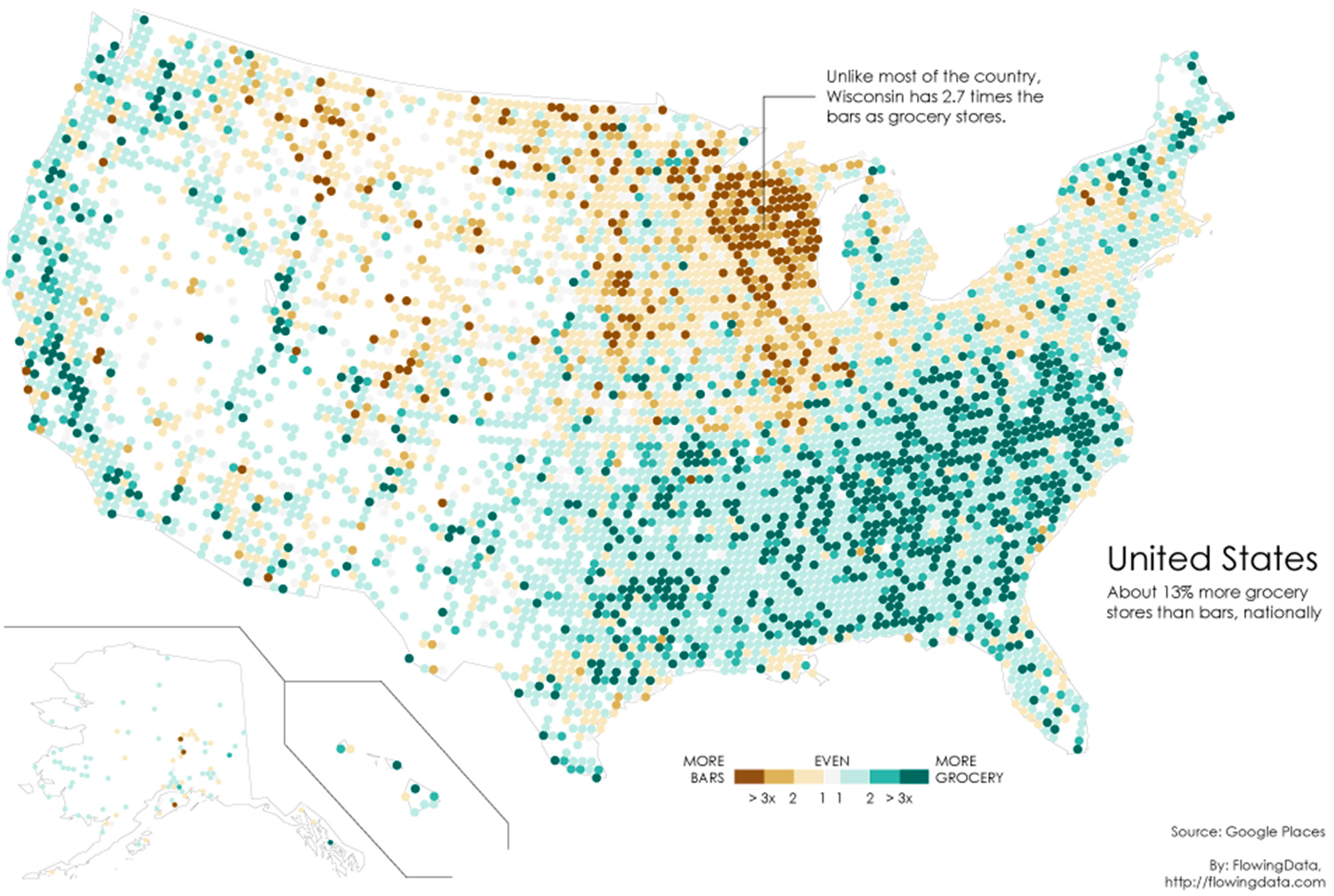 Yep. Seems about right. Again. Still, the 2014 map once again relies on Google, and it doesn’t say what constitutes a “bar” (or a “grocery store,” for that matter). Yau admits as much himself:

It’s also worth noting again that this data comes from the Google Places API. These numbers aren’t from official government records, so we’re placing a lot of stock in that the data from Google is accurate. […] Finally, the per capita rates here are probably higher than you might get from government records, because places can have multiple place types. For example, a hotel with a bar or a restaurant with a bar can be counted as bars, which is different from places that solely serve liquor.

Again, we’re not saying these maps are wrong (though their data is certainly out-of-date). Any “sanity check” (as Yau calls it) will tell you that Wisconsin has a lot of bars. Is that a good thing? A bad thing? That’s up to you. As for us, we’ll wait until Wisconsin pops up on another list of “drunkest U.S. states” to render our verdict.

Oh, and don’t forget about this! 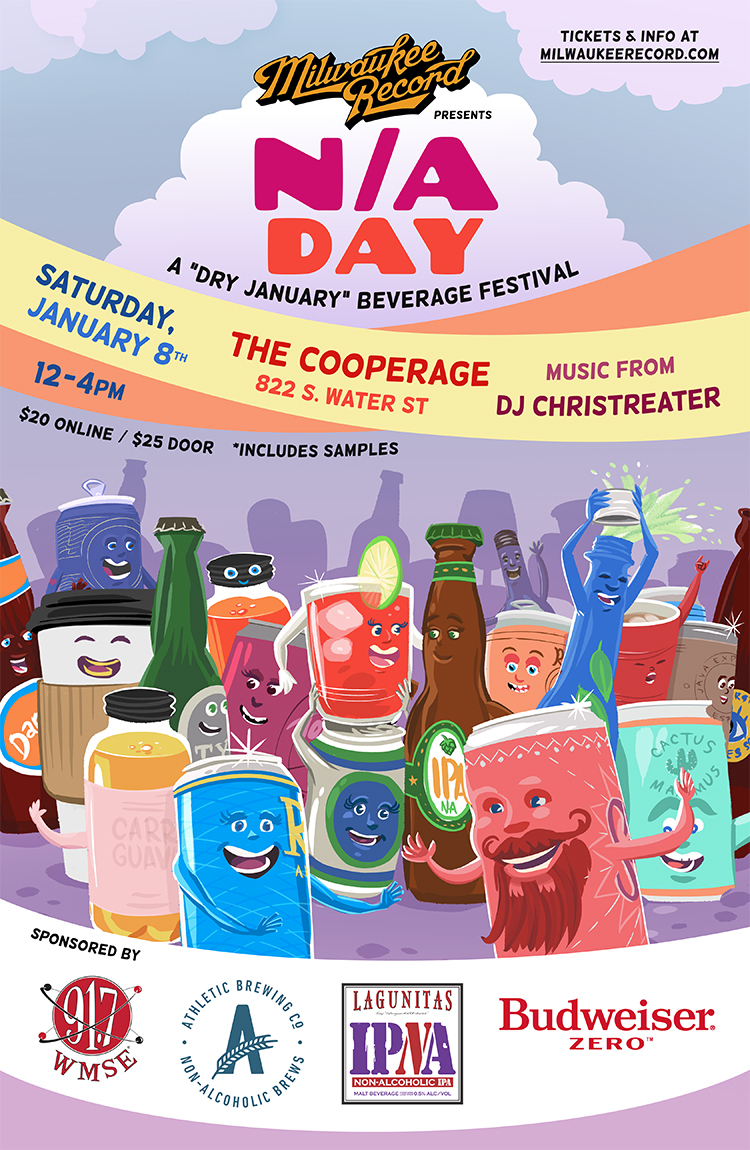 • Great Job, Milwaukee! We’re one of the drunkest cities in America. Again