“The irony of this one is that it’s all about using children as props to further your agenda. If I’m not careful, I could be doing the same thing.”

Those aren’t the typical concerns of a performing arts director working with a theater troupe of 4th, 5th, and 6th graders. But most performing arts directors aren’t Barry Weber, and most pre-teen theater troupes aren’t the Highland Community Players. On February 26 and 28, Weber and his student cast and crew will treat audiences to Justice For Pluto, a delightfully absurd and surprisingly heady tale of overbearing adults, corporate greenwashing, and a swamp monster from the peat bogs of Scotland singing along to a “We Are The World”-esque ditty. Oh, and slogan-spewing hockey players and insufferable hipster artists. And Roman gladiators fighting to Sarah McLachlan songs.

“With this play you see how kids have their own ideas, and how those ideas are always co-opted into something else,” Weber says. “I think we’ve all had that feeling as kids, when you have what you think is a great idea, and you feel like you were stopped and it was taken from you.” 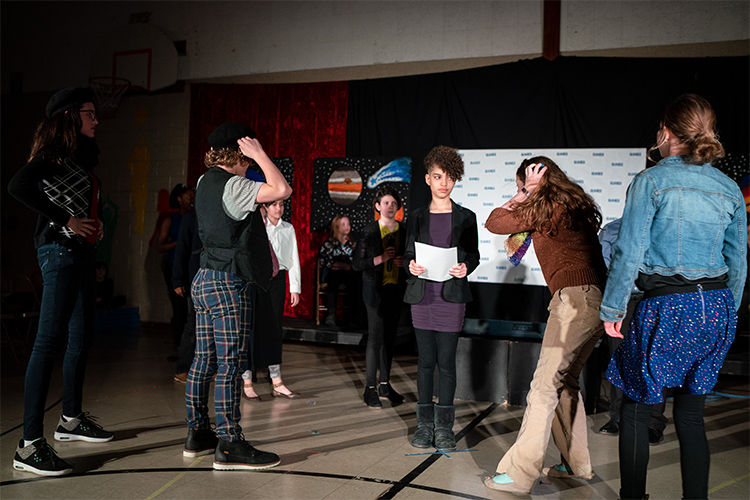 The story, in short: The PR-obsessed Globex Foundation has tasked a group of students with creating presentations on how to “save” each planet of the solar system. (“Seven out of eight planets are either too cold, or too hot, too poisonous or too ‘liquidy,'” says a Globex representative.) But even though the students are expected to handily fix problems created by previous generations, adults can’t stop butting in. A helicopter mom hijacks the Mercury presentation and turns it into a pitch for a craft fair. A group called Clean Space Now sees Saturn’s dirty ice rings as an opportunity to prop up the big napkin industry. Activists create a “Stop The Spot” petition for Jupiter, and a “Restore The Spot” petition for Neptune. A presentation on Mars is deemed too violent. A performance of a Gustav Holst composition in honor of Venus is blasted for lacking a danceable beat. And so on. 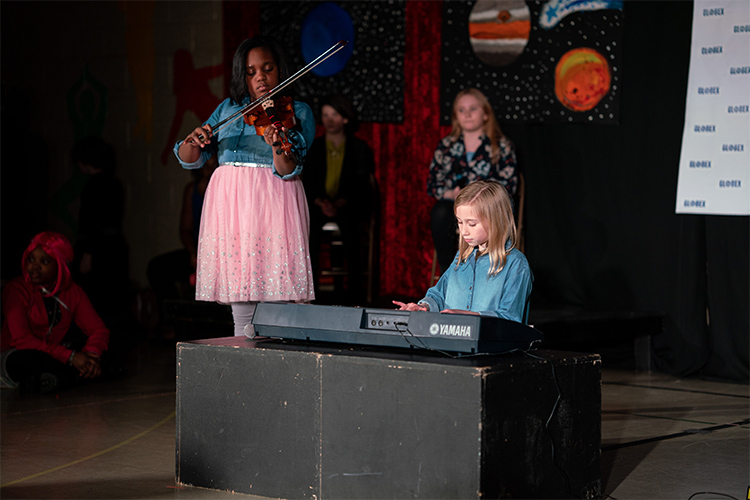 But it’s Pluto that causes the biggest stink. When a student mistakingly presents the dwarf planet as a “real” planet (an encyclopedia from 1987 is to blame), adults seize on the moment to demand “justice” for the demoted hunk of ice. “We’ll let you redo this Pluto project,” a Globex rep says, “as long as you focus on the fact that Pluto used to be a planet, and deserves to be one again!” The student sees no problem with Pluto’s new status, however, and a cold war between young and old ensues.

“At our school we care very much about being social justice-oriented,” Weber says, “and we try hard to raise a generation of kids who will fight for justice. I certainly don’t want to make people feel like they shouldn’t be taking a stand for something, but I’m wary of how it can go wrong. I think about how it’s very easy in this day and age to focus on slogans or hero worship, and how that can be weaponized or co-opted by other groups.” 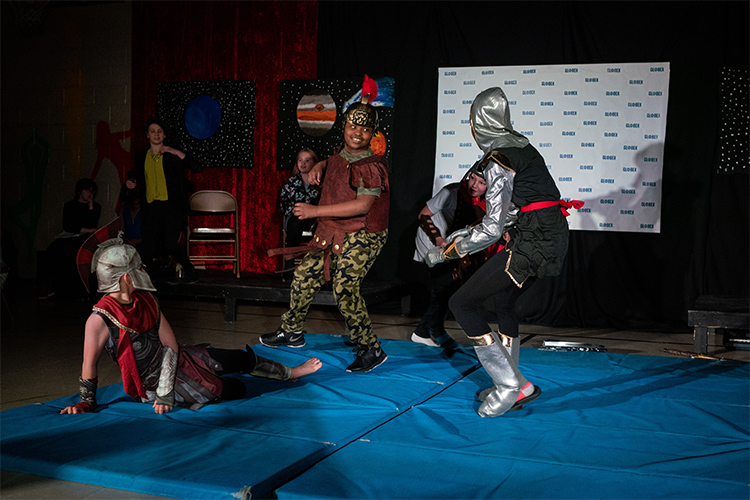 Weber needn’t worry about his own students. Natalie Ward and Hendersen Smith play the Globex reps (“Lady With The Lemon Water” and “Man With Coffee,” respectively). Ward is already a Milwaukee stage veteran, having appeared in seven productions throughout the city. Smith, meanwhile, is going out with a bang in his third and final Highland play. Both cast members are a delight to watch: they clearly grasp Pluto‘s themes and ideas, and they clearly relish portraying pushy and pandering corporate-mouthpiece adults. 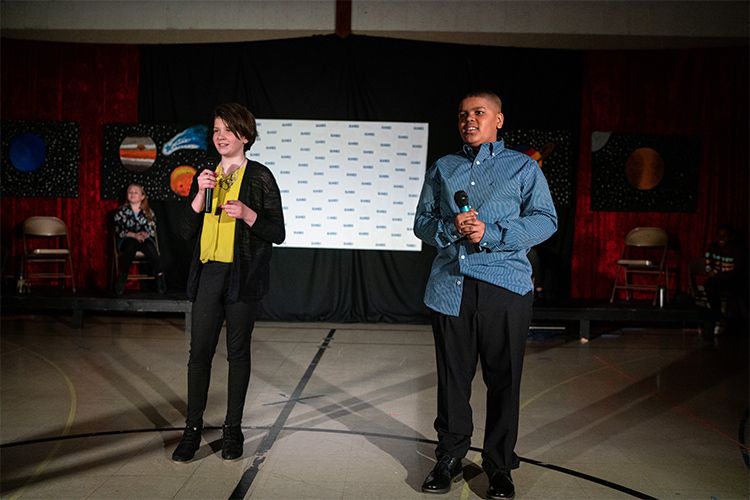 Zora Plevin-Westbrook plays Blair, the put-upon student stuck with the Pluto presentation. She gives an affecting and nuanced performance that perfectly captures the feeling of being manipulated and exploited by outside forces. Still, she also sees the humor and absurdity inherent in her character’s predicament.

“It’s so hard not to laugh when the adults start yelling at me,” Plevin-Westbrook says. “It’s so funny. It’s hard not to crack up.” 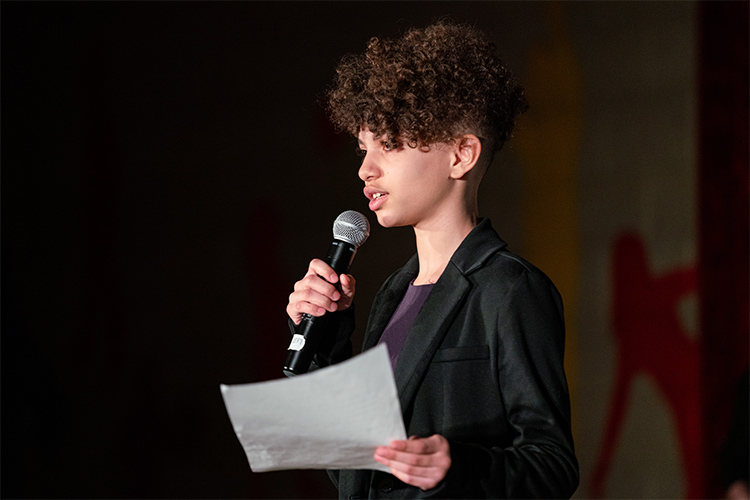 Highland Community School is a Montessori charter school with Milwaukee Public Schools, and it’s no accident that Justice For Pluto makes a strong—though never preachy—case for the child-centered Montessori educational approach. That approach: kids have got this.

“In our training there’s the phrase ‘help me to help myself,'” Weber explains. “So much of our training is focused on the idea of helping children learn to not use their emotions but to use their reasoning, to stop and take a breath, to pause and figure out how to do things, to work independently, and to rely on themselves and on each other.

“Another quote that I don’t think is repeated enough from Dr. [Maria] Montessori is that ‘any unnecessary help is a hindrance,'” Weber continues. “This play is rife with a lot of unnecessary help.”

Not that Justice For Pluto is a dour “message” play. Similar to past productions, Weber has crafted a wickedly clever story that allows students to go off on silly tangents and engage in the loose-limbed joys of being kids. Rowdy audience participation is encouraged. There are no small parts (no one is stuck playing a tree, for example), and the kids are obviously having a blast. Weber, too, when directing his talented cast or assisting his intrepid crew, can’t seem to wipe a grin off his face. 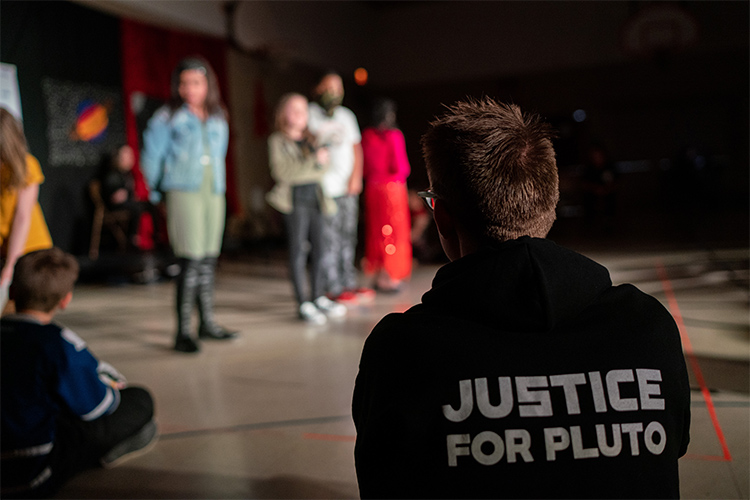 But what about Weber’s concerns about falling into the same trap as his adult characters and using his students as “props”? In a nice gesture, the director allowed the cast to craft the play’s final, quietly moving scene.

“I talked to the kids and said it would be ironic or hypocritical if I told you how to make this last scene happen,” he says. “So why don’t you all get together and see how you want to do it. It’s fun to kind of give something up.”

And that final scene delivers. In a monologue that plays like a secular, cosmos-focused version of Linus’ big speech in A Charlie Brown Christmas (“Lights, please!”) Plevin-Westbrook pays proper tribute to Pluto—and to those who see themselves in our solar system’s perennial underdog:

Pluto is not a planet. But Pluto doesn’t care about whether it’s a planet or not. Pluto likes the way it is. It has red snow. It has spinning moons. And if you only stop to observe Pluto—instead of trying to tell it what it is—you’d see that it truly has a big heart.

“We were listening to you even if they weren’t,” one student tells Plevin-Westbrook’s character. Justice For Pluto finds power in stepping back and letting the stars and planets chart their own course. 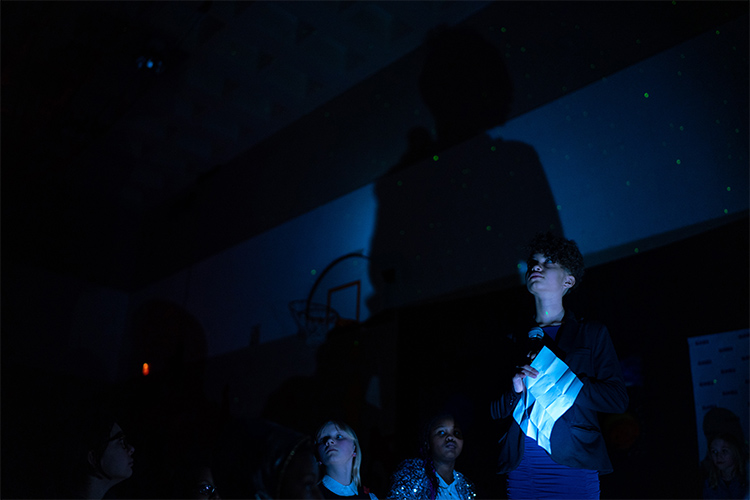 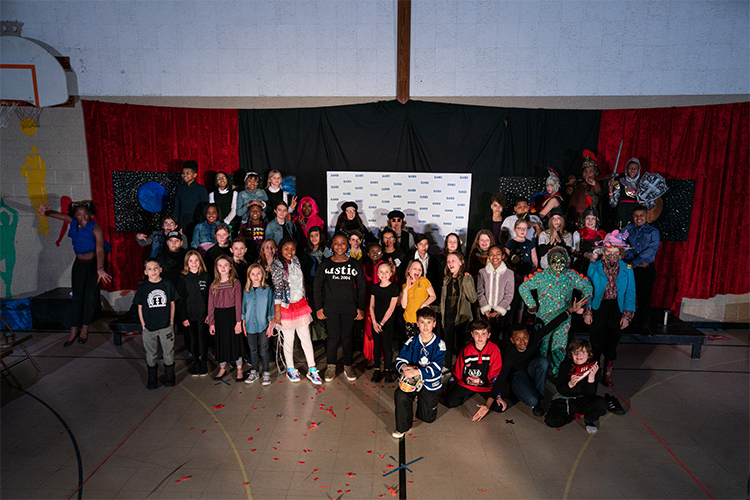