In Miscellaneous Milwaukee, we take a stroll through the aisles of Antiques On Pierce and unearth curious, strange, or valuable Milwaukee artifacts.

Bob Uecker is the best. We love Bob Uecker. So let’s enjoy this poster for the 1988 edition of Bob Uecker’s Ride For The Arts! The ride was a benefit for the United Performing Arts Fund (UPAF). Uecker, the poster reminds, was (and still is!) Milwaukee’s biggest card: 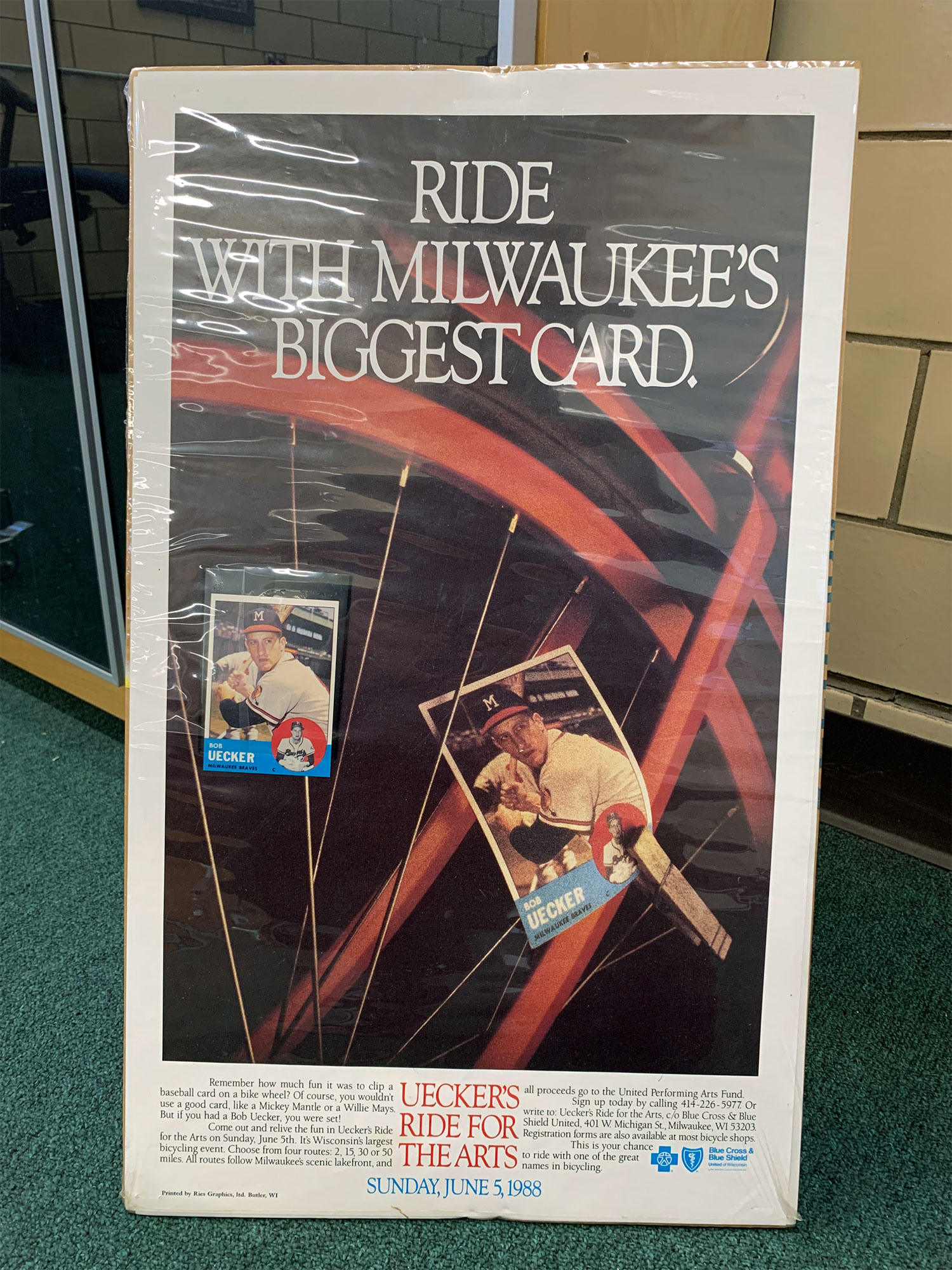 We recently picked this beauty up for $25 at Antiques on Pierce. And yes, we would have easily paid $100.

“Remember how much fun it was to clip a baseball card on a bike wheel?” the poster reads. “Of course, you wouldn’t use a good card, like a Mickey Mantle or a Willie Mays. But if you had a Bob Uecker, you were set!”

Classic stuff. Speaking of cards, the poster comes complete with a reprint of Uecker’s 1963 Milwaukee Braves baseball card. The back of the card has plenty of info on the big bike ride:

UECKER: Ride with Milwaukee’s biggest card! As the honorary chairman of the ride, Milwaukee Brewer’s announcer Bob Uecker, also known as “Mr. Baseball,” will greet riders at the start of the each of the four routes.

You can find photos of the 1988 ride HERE. Also, no one picked up when we called the number, which we assume is Uecker’s personal landline.

Uecker’s Ride For The Arts ran from 1981 until at least 1989. These days, the ride is simply known as the UPAF Ride For The Arts (presented by Miller Lite). The 2022 edition is set for June 5. Someone tell Bob he should totally make a surprise appearance. GOD BLESS YOU, BOB!

• A brief history of Bob Uecker bobbleheads and all-fan giveaways

• Bob Uecker once wrecked his buddy’s new car, and it was glorious

• The man who made mediocrity famous: Bob Uecker’s ‘Catcher In The Wry’ still delights after 35 years