Music fans of a certain age undoubtedly remember when Lorde‘s magnum opus, “Royals,” made its radio debut back in 2012. The indie-influenced track was unlike anything else on the dreaded top-40 radio stations, and its uniqueness propelled the New Zealander towards superstardom seemingly overnight. With a track that was (and still is!) such a pop anomaly, Lorde could have easily become a one-hit wonder doomed to an existence of indie obscurity. (Lana Del Rey, anyone?) Instead of fading into the background, the 21-year-old singer is taking huge stages across the U.S. on her first-ever arena tour. That tour began Thursday night with an intimate Milwaukee performance.

Lorde made her Milwaukee debut back in 2014, following the release of her first record, Pure Heroine. Her star has only risen since that seemingly humble beginning, and since being called “the future of music” by David Bowie, she’s only lived up to Starman’s prediction. Even though Thursday night’s show at the BMO Harris Bradley Center didn’t sell particularly well, her infectious performance reminded audiences why the star has found so much acclaim, fame, and success at such a young age.

Upon entering the soon-to-be-doomed BMO, the first thing one would notice is how poorly attended the show was. The entire 300 and 400 sections of the arena were covered in a thick black tarp, and even in the open sections there were quite a few empty seats. It’s hard not to feel like Milwaukee is especially un-hip in a situation like this. How can a superstar like Lorde pack arenas in similarly-sized cities, but barely fill half of Milwaukee’s largest (indoor) venue? Attendance aside, the occupied seats were almost exclusively filled by Lorde’s adoring army of young fans, each sporting crop tops, chokers, and acid-wash jeans. It’s safe to assume most members of the Generation Tumblr crowd were present at her 2014 show, too, and have grown and matured alongside the singer herself.

Lorde brought along two very special guests for her American Dance tour, and both were very underwhelming compared to the singer herself. Tove Styrke played with minimal energy to a scant crowd and managed to slip a cover of Lorde’s “Liability” into her set, which was a little tacky. Run The Jewels made their highly anticipated Milwaukee debut, but the eternally hyped “hardcore hip hop band” seemed rather unenthused about taking the stage alongside Lorde.

To be fair, the Bradley Center show was the first night of the North American leg of the tour, and it’s completely understandable if they were shaking off some nerves and getting into their groove. Nearly all their songs sounded the same, but despite the repetitiveness, many crowd members continued to excitedly chant “R! T! J!” in between tracks. Their set was especially un-compelling given the prestige that’s followed them for the last few years. Socialist icon Killer Mike mentioned how March 1 is the first day of Women’s History Month, which was much appreciated by the mostly female audience. 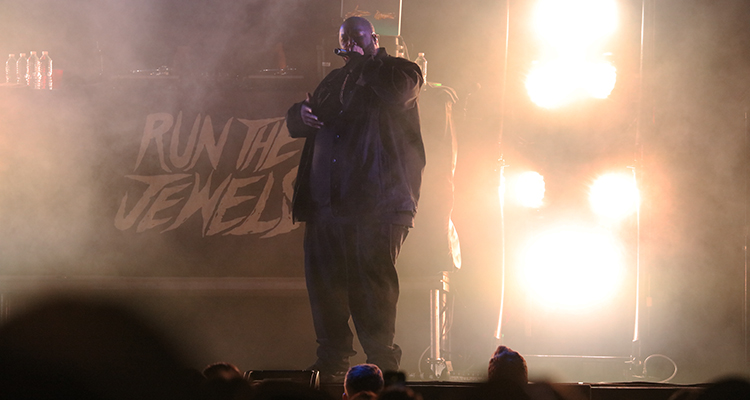 At long last, Lorde emerged from the smoky shadows of the stage. Opening with “Sober,” she captured the audience’s attention quickly with her blatant enthusiasm and infamous dance moves. From the very beginning of the show, the ethereal young songstress seemed genuinely appreciative of her audience, even despite the lackluster crowd size. It’s rare for artists to shower Milwaukee with so much praise, and it felt like Lorde couldn’t be more excited to be in town. (She even gave a shout-out to Wolski’s!) The already-excited crowd became even more energized after electric performances of “Homemade Dynamite” and “Tennis Court.”

“This is for all the kids who grew up in the suburbs,” she said before diving into an emotional rendition of longtime fan-favorite “400 Lux.” Given her age and suburban New Zealand upbringing, it’s miraculous Lorde is playing venues of this size at all. She’s barely older than the median concert attendee, but her apparent passion and undeniable magnetism only prove she’s an enigma among her pop-star peers. Her subdued theatrics are a prime example of what happens when you give an indie-pop chanteuse the opportunity to tour on a Beyoncé or Lady Gaga-size scale. The lights were artistic rather than distracting; her costume changes were low-key high fashion. The backup dancers were equally electrifying and served as a cherry on top to Lorde’s performances, most notably during “Yellow Flicker Beat.” Their fluid, slick movements were so captivating, they were almost distracting from the singer herself. Almost. 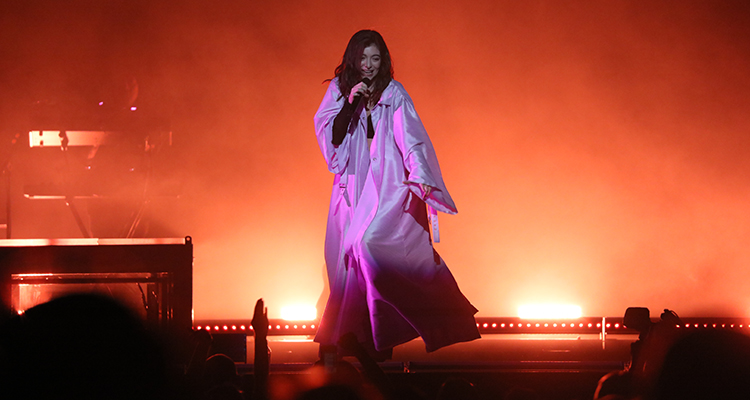 The post-adolescent songstress was especially enchanting while addressing the audience in between songs, providing personal stories and anecdotes that only enhanced each performance. She waxed poetic about how she’s grown and changed since her last Milwaukee visit almost four years ago, telling the crowd about how she’s continually “dreaming these fluorescent dreams.” While talking about Melodrama’s debut, she confessed, “I’m insecure, I’m anxious, I’m overconfident. But when I see you, I know I’m not that different,” prior to an emotional performance of “Writer In The Dark.”

Though calling any pop star the voice of a generation is a stretch, it’s hard not to assign that title to Lorde. Her magnetism was undeniable, and the way she addressed the audience made it feel like she was speaking to an old friend. It’s hard for young audiences NOT to identify with Lorde; she really, truly feels like one of their own, a #relatable pop icon with anthemic ballads that are almost exclusively written in the first-person plural. It feels like she’s singing with them, not to them; “we,” “us,” and “our” are words not used sparingly in Lorde’s songwriting. She may not be a “YAAAS QUEEN!” pop icon, and that’s perfectly fine – she doesn’t need to be. She’s young, she’s hip, she’s cool and she feels like one of Generation Z’s very own.

The show came to a boil with “Perfect Places” and, finally, “Green Light.” The audience could not contain their adoration for Lorde as the BMO Harris Bradley Center lit up green, and star-shaped confetti shot into the audience. Lorde demanded the audience give her all they had, and they dared not disobey a word she said.

Her encore was low-key compared to the rest of the show, but ending the night with her 2013 track “Team” couldn’t have felt more appropriate. During the performance, Lorde walked into the crowd without fear, embracing her fans and singing directly in front of them. It’s clear there’s a layer of trust between Lorde and her fans, her very own peers who could easily be her friends or classmates if she wasn’t a world-famous musician. If there’s any pop star who plays for young people’s disillusioned, moody team, it’s Lorde.