After several months, several committee meetings, and several rounds of public support and opposition, the Milwaukee Common Council on Tuesday unanimously approved a proposal from Madison-based, Live Nation/Ticketmaster-backed concert promoter FPC Live to build a $50 million, two-venue concert complex in the Deer District. The proposal is a joint venture between FPC Live and the Milwaukee Bucks. Tuesday’s approval concerned final zoning changes for the complex.

FPC’s plan calls for two standing-room venues under one roof—one venue with an expected capacity of 4,000, the other with an expected capacity of 800. The complex will be located immediately next to Fiserv Forum (and immediately across the street from Turner Hall Ballroom), in the northeast corner of the lot once occupied by the BMO Harris Bradley Center. Construction is expected to begin in 2023, and the complex is expected to open in early 2024. 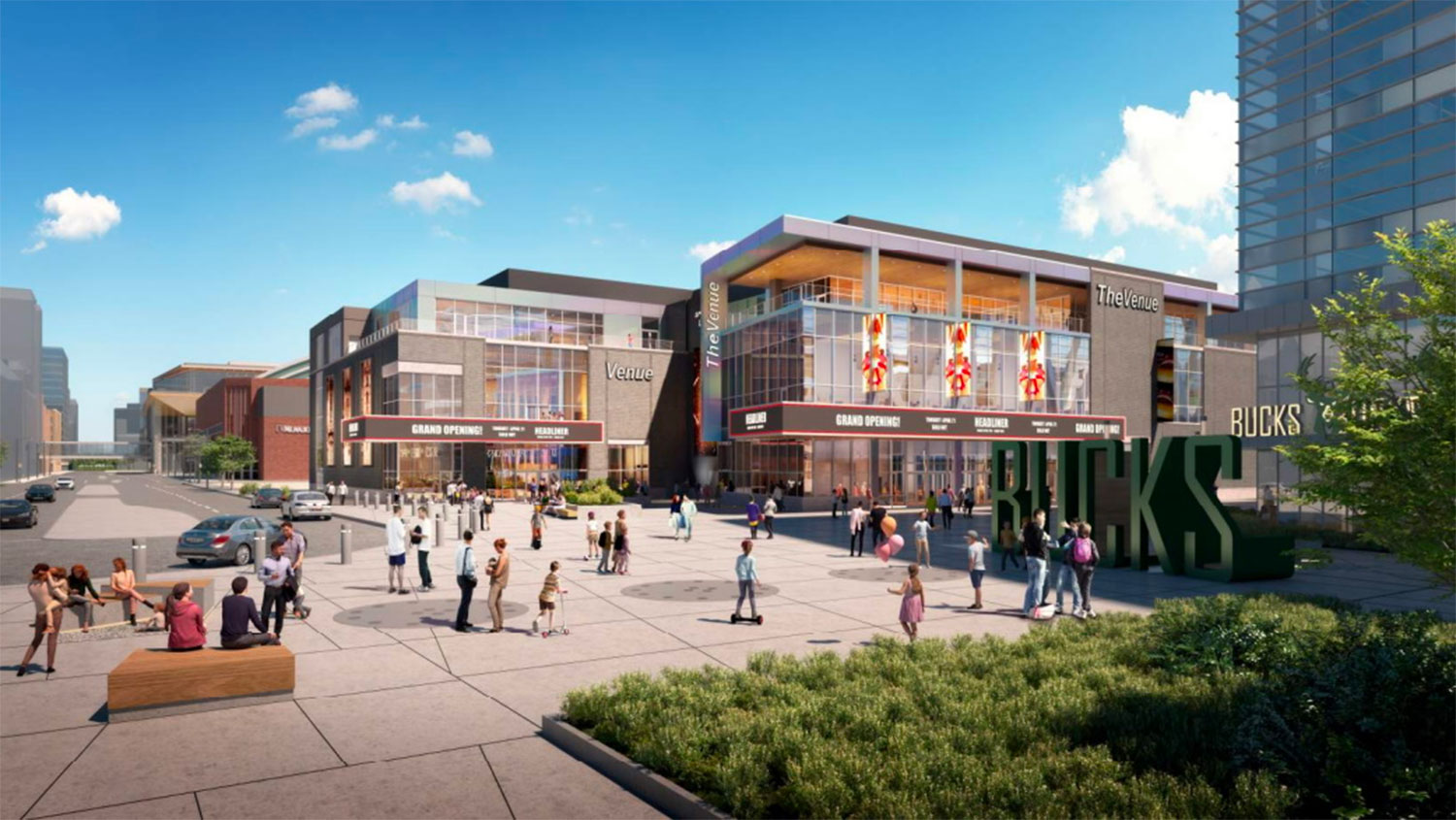 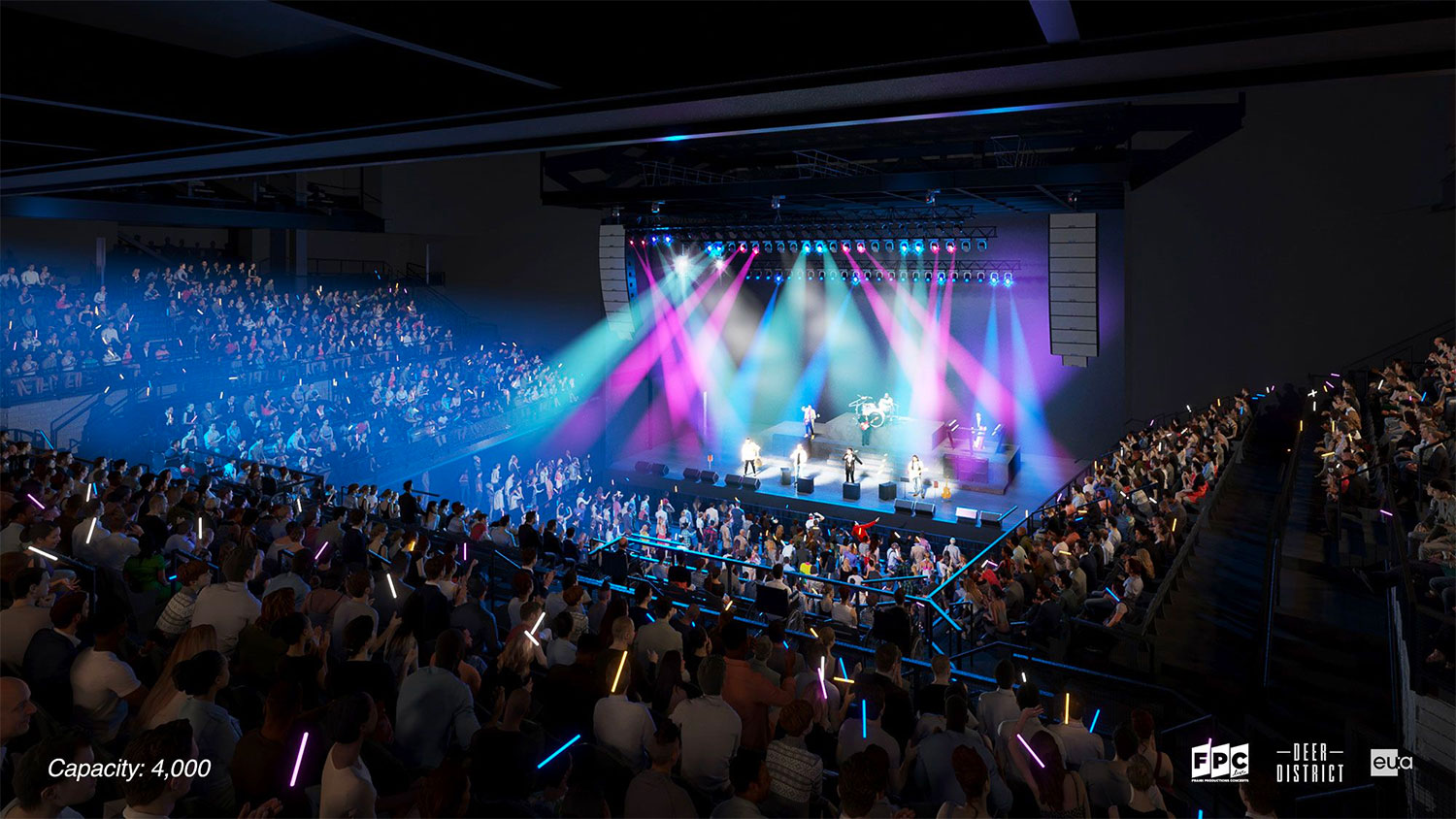 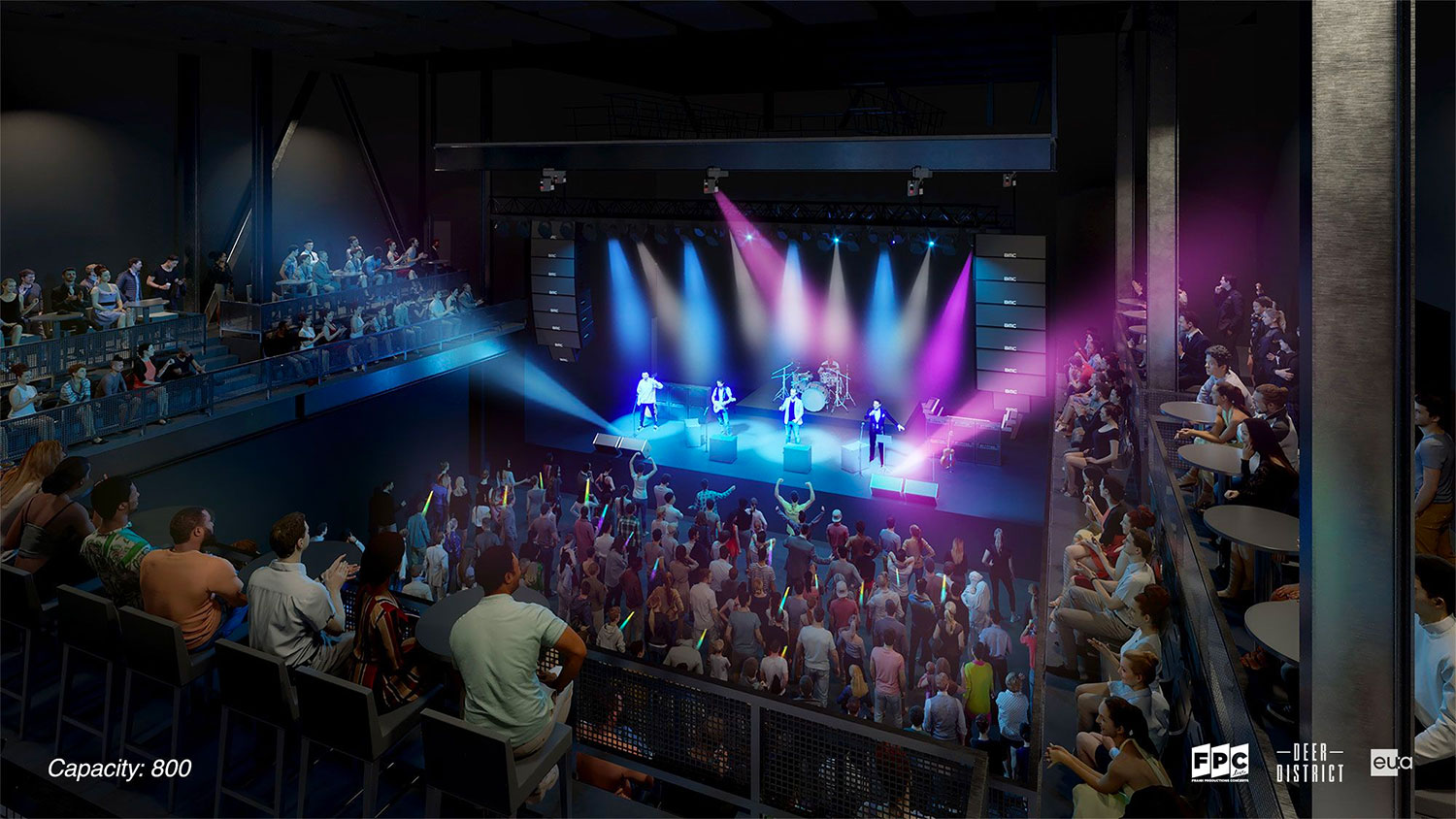 The FPC complex has received support from Bucks President Peter Feigin, Milwaukee Mayor Cavalier Johnson, the Milwaukee Area Service and Hospitality Workers Union (MASH), and numerous businesses in and near the Deer District. All have applauded the further activation of the Bucks-owned site, and all have expressed excitement for the 135 events FPC has said the complex will host annually.

“We’re thrilled about the addition of the two new music venues and the significant economic impact they will make to Milwaukee and the growth of Deer District,” Feigin said in October. “These venues will contribute greatly to Milwaukee’s thriving and ever-growing music scene, and we’re thrilled for fans to experience even more live entertainment opportunities in the area.”

“The Live Nation proposal is a direct threat to the future of the Turner Hall Ballroom,” said Emilio De Torre, executive director of the Milwaukee Turners, in an August press release. “Live Nation will be directly across the street from us. They want their artists and concert tours to appear at their venues, which cuts out the independent venues like us. This threatens our viability and very existence, which relies upon revenue from live concert performances.”

FPC’s continued reply to concerns that its project will destroy the city’s independent music scene has been an Onion-esque “No it won’t.”

A post shared by The Rave / Eagles Club (@theraveusa)

Tuesday’s Common Council vote comes days after the release of a video in which Cactus Club owner Kelsey Kaufmann describes a “condescending” and “threatening” telephone call from a Live Nation and FPC consultant.

“A consultant for Live Nation and FPC called me to talk about the double venue project happening right here in Milwaukee,” Kaufmann says in the video. “Condescending is an understatement. He oscillated from complimentary to straight-up threatening when I didn’t agree with his perspectives on the development.”

Later, Kaufmann says: “Today’s eight-minute conversation caught me off guard. [The consultant] told me he wanted to help me by offering his paid perspective. When I didn’t agree, he brought up Cactus’ non-profit and suggested he has a lot of influence in the city.”

Throughout the months-long approval process, the Common Council and its various committees only considered issues of zoning and design, and didn’t consider issues of competition or monopoly. “We are not the antitrust division of the City of Milwaukee,” Alderman Bob Bauman said at a Zoning, Neighborhoods and Development meeting in October. Later, after noting the project was free of city subsidy, he added: “The whole idea of regulating economic competition is something we don’t do and shouldn’t do because, frankly, we’re not good at it.”

The FPC complex was originally planned for a Third Ward site near the Summerfest grounds, but neighbor complaints and a scare campaign organized by “veteran GOP operative” Craig Peterson killed the project. Peterson’s “Save MKE’s Music Scene” group has been opposed to the Deer District version of the project, too. In addition to issues of competition and monopoly, Peterson has dog-whistled concerns about downtown violence.

“Many of the business owners are still trying to come back from that terrible incident [the shootings following a Bucks playoff game in May],” Peterson said at a Zoning, Neighborhoods and Development meeting in September. “Their businesses have not come back. Many of the residents who live there are still frightened to walk around when there’s large events down there.”

Meanwhile, yet another new downtown concert venue—this one with a capacity of 3,500—is being planned for the upcoming Iron District. The Iron District—located south of the Deer District near 6th and Michigan—will also feature an 8,000-seat soccer stadium and other developments. The concert venue will be operated by Pabst Theater Group.

FPC Live is currently the exclusive booker of Madison venues The Sylvee, the Orpheum Theater, the Majestic Theatre, and High Noon Saloon.

• For what it’s worth, neighbors voice opposition to proposed Third Ward music venue