Thursday morning, Starbucks released its seasonal Witch’s Brew Frappuccino. The limited-time Halloween beverage comes at the tail end of a year in which White Castle became the first fast food chain to offer the Impossible Burger, we made history by being the first people in Milwaukee to try Sonic Drive-In’s strange Pickle Juice Slush, and 7-Eleven released its limited time Cap’n Crunch’s Crunch Berries Slurpee (and our debit card was compromised when we bought one). The spooky new Starbucks menu item’s introduction also comes about a year after their short-lived (or briefly undead?) Zombie Frappuccino unleashed a nightmare on the abdomens of the American public.

Since we tried last year’s Starbucks Halloween drink—which we deemed to be “more trick than treat”—and survived relatively unscathed, we figured we’d take another trip into the haunted coffee house to see if the Witch’s Brew was any better. 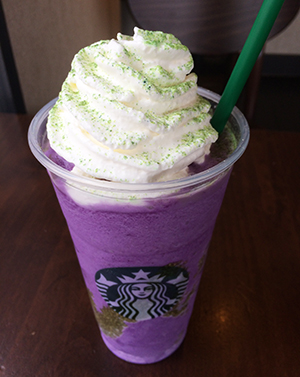 With ingredients like “imaginary bat warts and lizard scales,” and an unholy purple hue, we weren’t quite sure what awaited us. After forking over $6.31 (including tax) for a 20-ounce Witch’s Brew, we received our plastic caldron of caffeine, whipped cream, and carbohydrates within a few minutes.

The first sip was perplexing, as we instantly took note of a strong, unmistakable orange cream flavor that seemed to work against what the blended beverage’s color would suggest. We also noticed the purported warts and scales were congealed in various places within the cup in all their green and gooey glory. We slurped a few up and guessed they were frozen chia seeds in green coloring—which the list of ingredients confirmed.

Perhaps the most frightening part of Witch’s Brew is its nutritional facts. Our iced 20-ounce Frappuccino had 480 calories (160 of those from fat), 18 fat grams (11 saturated), and a staggering 67 grams of sugar! Even without the Halloween theme, it’s probably best this is only a seasonal release.

All things considered, Witch’s Brew is much better than the Zombie Frappuccino. That said, it’s still not great. Virtually any tradition coffee, tea or latte without an over-the-top promotional gimmick incorporated is a better use of your money. Especially if it’s from a local retailer. But that probably doesn’t matter. Starbucks just released a weird drink, we wrote about it, and you’re probably going to try it just to see how strange and bad it actually is. It’s the circle of corporate life.

Be sure to check back when [fast food chain] joins forces with [popular type of candy or chip variety] to make [colorful or obnoxiously decadent menu item with 56 grams of fat] to see what we think. Until then, have a happy Halloween! 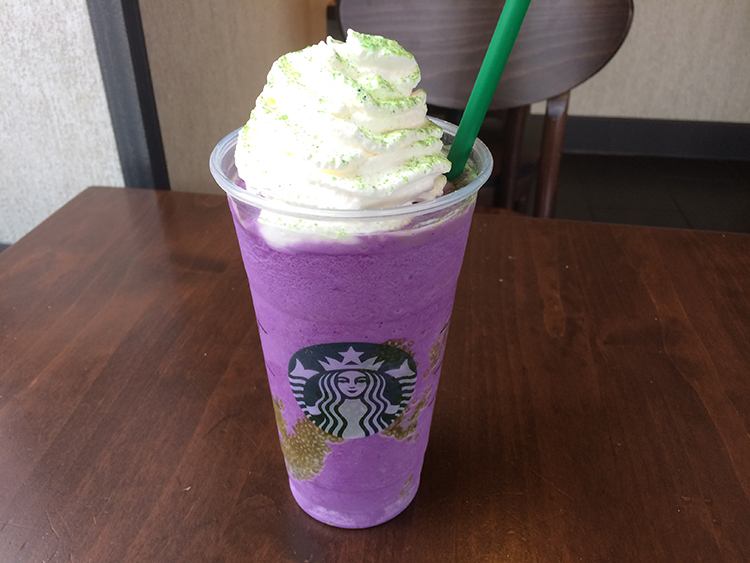