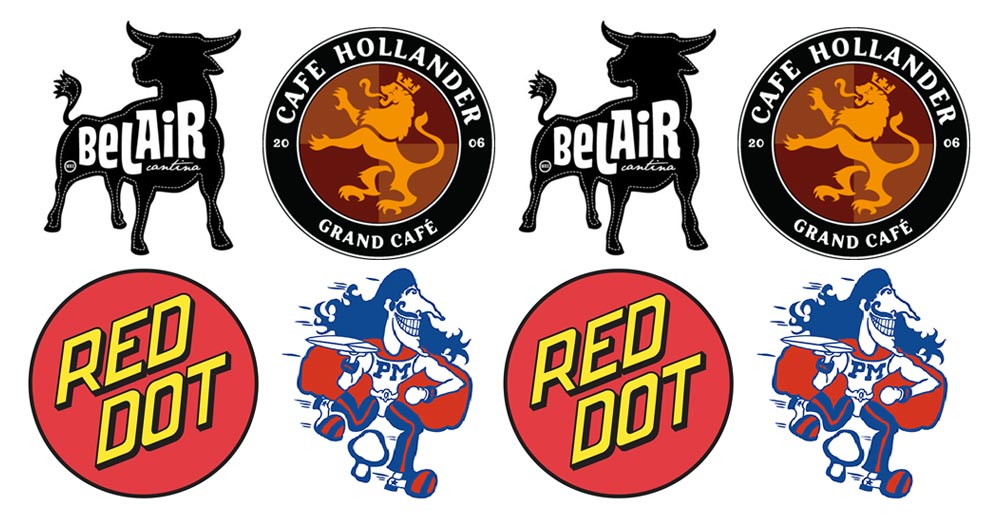 Last week, owners of Milwaukee’s venerable and forever-awesome Fuel Cafe announced plans to open a second Fuel in Walker’s Point. Not only was it big news, it revealed just how much Fuel’s reputation had grown since the original Riverwest spot opened in 1993, and just how marketable the coffee shop’s neon-advertised “killer coffee” and “lousy service” had become.

Milwaukee institutions branching off into second—or sometimes third or fourth—locations is nothing new, of course. So with Fuel as our caffeine-injected guide, we’ve rounded up 15 other local bars and restaurants boasting multiple Milwaukee-area locations. (Businesses with “sister” locations like 42 Lounge/42 Ale House and Ashley’s Bar-B-Que/Ashley’s Que didn’t make the cut.) Did we miss a few? Let us know.

Anodyne Coffee
(2920 S. Kinnickinnic Ave.; 224 W. Bruce St.; Milwaukee Public Market)
It’s easy to forget that Anodyne wasn’t always Anodyne. Back when the local coffee roaster brewed to life in 1999, it was run out of Brewed Awakenings on Brady St. A name change soon followed, as did a relocation to Bay View in 2003. A Walker’s Point location opened in 2013, and is now the site of some terrific live shows.

Bel Air Cantina
(1935 N. Water St.; 2625 N. Downer Ave.; 6817 North Ave.)
It’s been six years since the first Bel Air set up shop in the old Good Life space on Water St. Since then, the California-Mexican eatery has expanded to both Downer Ave. (in the old VIA space) and Wauwatosa. But that’s not all: a fourth Bel Air is slated to surf on over to Oak Creak this summer.

Benji’s Deli
(4156 N. Oakland Ave.; 8683 N. Port Washington Rd.)
Some businesses are lucky to celebrate a 20th, or even a 10th anniversary; in 2016, the indomitable Benji’s Deli will celebrate its 53rd year in Shorewood. That location has moved slightly away from its Jewish roots in recent years, becoming more of a catch-all New York-style deli. According to employees, Benji’s second location in Fox Point draws more of the old-school crowd. A Wauwatosa outpost was announced in 2015, though plans fell through earlier this year.

Cafe Corazon
(3129 N. Bremen St.; 2394 S. Kinnickinnic Ave.)
The original Cafe Corazon opened its doors in 2009, and quickly became a consistently great (and consistently packed) Riverwest staple. But, not unlike other aging Riverwesterners, the Mexican food favorite grew up and moved to Bay View. The second location opened to great acclaim last month in the old Johnnie’s Club Carnival spot.

Camp Bar
(4044 N. Oakland Ave.; 6600 W. North Ave.)
Milwaukee may not be a bustling megalopolis, but it ain’t exactly a one-horse town, either. The same goes for Shorewood, though that didn’t stop Camp Bar from bringing a touch of the woodsy north woods to Milwaukee’s affluent neighbor in 2012. Camp Bar Tosa opened two years later, and will soon be followed by a Menomonee St. location in Milwaukee proper.

La Fuente
(625 S. 5th St.; 9155 W. Bluemound Rd.; 2423 Kossow Rd.)
The Zarate family opened the original La Fuente in 1991, long before Walker’s Point became the hip and happenin’ place it is today. Because of that, the 5th St. location has an old-school and gimmick-free vibe to it—it’s a big, busy, and delicious Mexican restaurant, nothing more and nothing less. Locations in Wauwatosa and Waukesha round out the La Fuente bill.

Jake’s Deli
(1634 W. North Ave.; Shops of Grand Avenue; Southridge Mall)
It’s hard to imagine Milwaukee without Jake’s Deli, as the meat-slicing institution first opened its doors on North Ave. in 1955. New locations have popped up in two Milwaukee-area malls since (including one in the toddler-friendly Shops of Grand Avenue), but, as the delicatessen’s website says, it’s the OG Jake’s that your dad went to, and his dad went to.

Kopp’s Frozen Custard
(7631 W. Layton Ave.; 18880 W. Bluemound Rd.; 5373 N. Port Washington Rd.)
Like Spotted Cow or cheese curds, Kopp’s is one of those quintessentially Milwaukee things that out-of-staters drool over. And why not? Founded in 1950, the frozen custard purveyor has long excelled in serving up its “Flavors of the Day” and delicious, gut-busting burgers with a paper-hat flair. If you’ve ever wondered where custard and burgers go when they die, it’s Kopp’s.

Oakland Gyros
(2867 N. Oakland Ave.; 530 W. Layton Ave.)
What would Oakland Ave. be without Oakland Gyros? It would definitely be less tasty and less entertaining; almost any bar-time visit is sure to feature cheap, delicious Greek food and at least one drunken brawl. If that’s not your scene, you can always visit the East Side mainstay’s less-collegiate Layton Ave. location, which opened in 2002.

Pizza Man
(2597 N. Downer Ave.; 11500 W. Burleigh St.)
When a four-alarm fire destroyed Milwaukee’s beloved Pizza Man in 2010 (along with Grecian Delight, Black And White Cafe, and Cush Lounge), it seemed as if a vital part of the city’s history had been lost. After all, the iconic North Ave. restaurant had been filling East Side bellies for a staggering 40 years. Happily, Pizza Man returned in 2013 when it took over a long-struggling corner spot on Downer Ave. These days, a Tosa location also carries on the Pizza Man tradition.

Red Dot
(2498 N. Bartlett Ave.; 6715 W. North Ave.)
Tucked away in a residential block on Bartlett Ave., the original Red Dot is one of the East Side’s hidden gems, perfect for a no-fuss brunch and Bloody Marys. The business’ name and logo may be inspired by old Santa Cruz skateboard stickers, but even a skate-rat background couldn’t keep it from expanding to Wauwatosa in 2013. Not that the Tosa outpost is without its edge: Public Enemy performed there last fall, for some reason.