Since opening in late 2014, The Vanguard has quickly established itself as the pinnacle of tubed meat delicacies in Milwaukee. Beyond its everyday offerings that have wowed critics, lured professional athletes and visiting celebrities to dine in Bay View, and captured the hearts of both locals and Bill Burr alike, the popular bar and restaurant also likes to keep life interesting with things like its annual Halloween pop-up event, pro wrestling viewing parties, and (once) a surprise Kyle Kinane performance. The Vanguard also likes to shake things up at least once a year by changing its menu.

About six months after its last revamp, The Vanguard is changing its menu again. This time is a little different, however, as it’s the first menu modification under the direction of Patrick “Paddy” Joyce, who has been with Vanguard since the beginning, and promoted to head chef when Shay Linkus left the restaurant to open Snack Boys in January.

“I know I’m in charge now, but there’s a lot of Shay’s legacy that will always live on that made Vanguard what it is,” Joyce tells Milwaukee Record. “We’ve established something and I want to stick with that.”

Though much of the menu will remain the same, Joyce and his staff have created 10 new items that will be debuted when the restaurant opens on Wednesday, March 7.

“We’ve always had a strong Asian theme here, which I didn’t want to completely take away, but I wanted to try to go around the world and do traditional stuff,” Joyce says.

On top of new sausages (some served with interesting bun alternatives to cater to diabetics and people averse to carbohydrates), The Vanguard will offer a red chorizo torta, beer braised brussels sprouts, and a new brunch version of its popular Durty Burger.

Sadly, the implementation of these new items means other offerings will be retired or put on an indefinite hiatus. After being brought back from the dead last year, the Kilig is going away again, as is the popular and downright delicious Mitch, along with the woefully underrated Dry Fried Green Beans. If you want to get your last taste of a departing dish, tonight (March 6) is your last chance.

Here’s a full list of what’s leaving Vanguard’s menu and what is coming in its place. Celebrate or grieve accordingly, Milwaukee.

The Ribera
Already completely sold out! 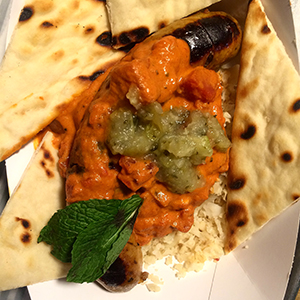 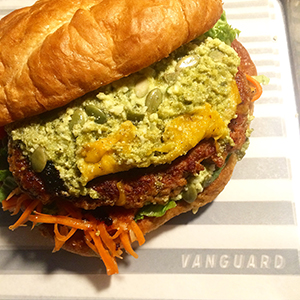 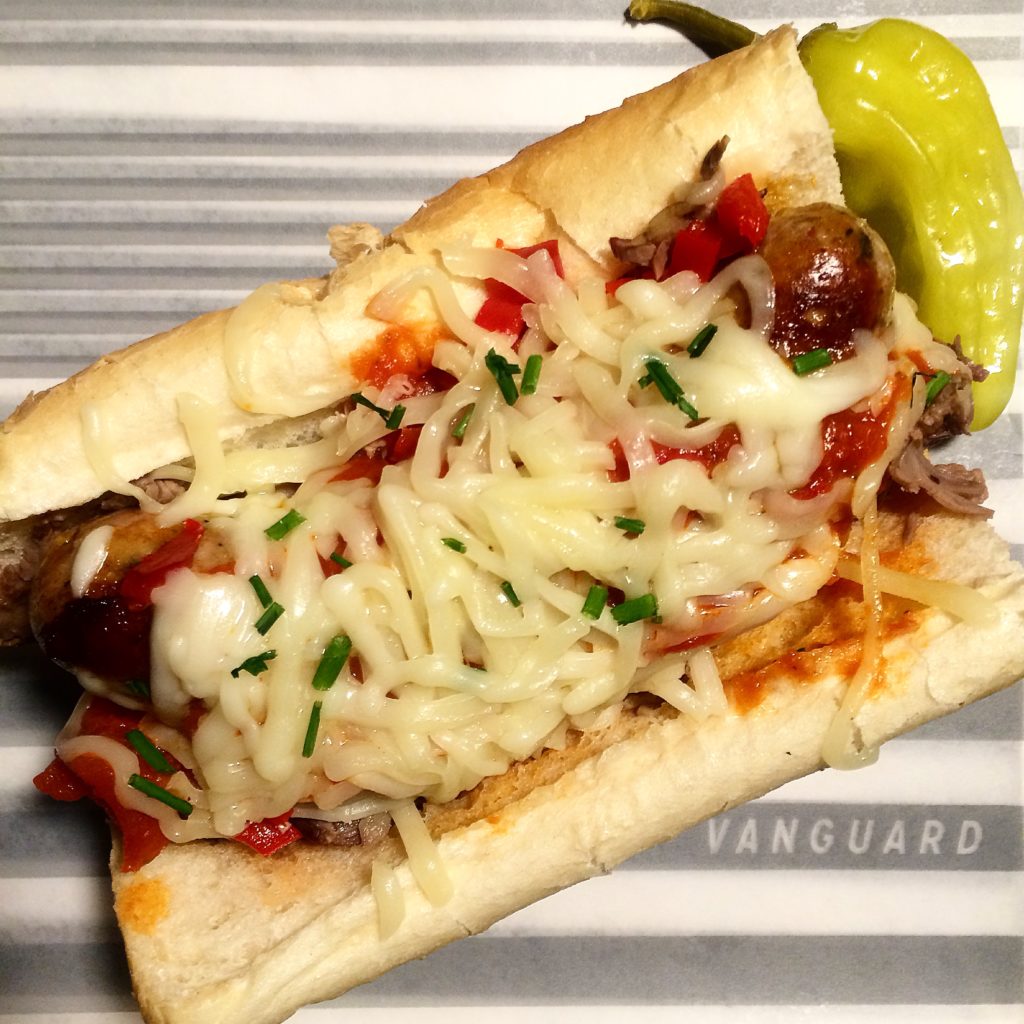