In today’s “Why hasn’t this existed for the past 15 years?” news, you can finally buy your very own Mark Borchardt T-shirt. Yes, thanks to Milwaukee’s preeminent schlock filmmaker Frankie Latina (director of Modus Operandi and the upcoming Snapshot), you can publicly display your local pride by donning a pastel-colored tee featuring the pencil-drawn visage of Milwaukee’s other preeminent schlock filmmaker, Mark Borchardt (star of American Movie and Coven). And all for the low, low price of $25! It’s more stylish than a shirt that simply says “Milwaukee,” and cheaper than a long-distance call to the Hotel Hilton at Tangiers in Casablanca, man. 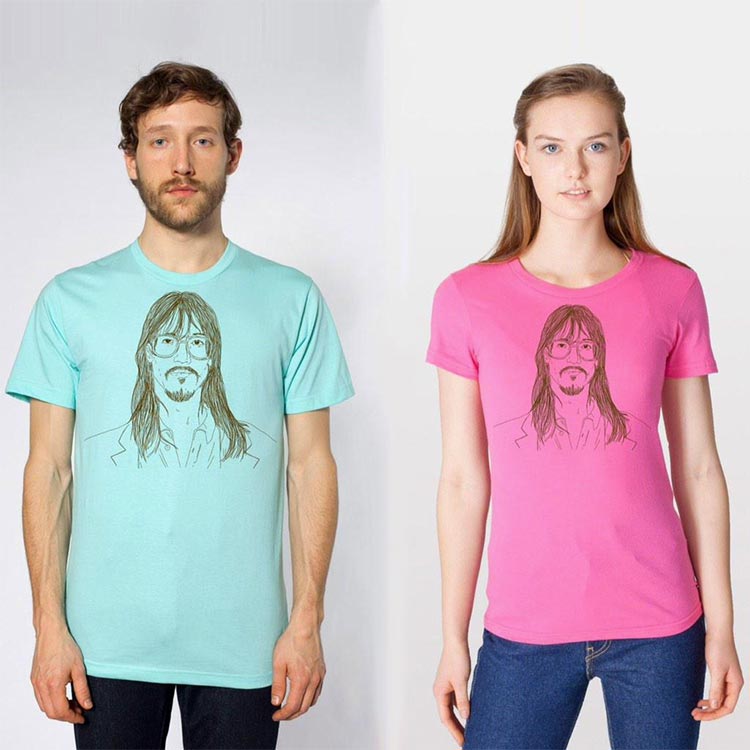 Both Latina and Borchardt are currently at work on Snapshot, the story of a fashion photographer who “gets more than he bargained for when a roll of film in a used camera contains sinister imagery.” Until that film is released, enjoy some behind-the-scenes videos from the shoot, one of which features Borchardt sporting a massive prosthetic head wound.