Milwaukee is in the throes of a full-fledged brewery boom. What started as a slow progression to microbrewing consciousness has reached a crescendo of local craft beer production in 2016 and into this year. In 2017 alone, the region has welcomed Explorium Brewpub, City Lights Brewing, Eagle Park Brewing Company, Broken Bat Brewing, and a recently-christened Pabst Milwaukee Brewery offshoot, with more on the way. Adding to the already-burgeoning brewery climate in town, the staggering influx of new drinking establishments—even in a market as thirsty as Milwaukee—is threatening to bring Milwaukee to a sudsy saturation point.

Meanwhile, some less-than-astounding newcomers are beginning to show local beer buffs the bottom of the barrel, and the growth of the industry is pushing some ventures outside city limits altogether. In early April, following months and months of delays, Westallion Brewing Company (1825 S. 72nd St., 414-578-7998) became one of the newest breweries to open in metro Milwaukee…and the first in West Allis. Opened by former Lakefront employee, experienced homebrewer, and ‘Stallis native Erik Dorfner and his wife Kim, the small-output operation hinges its identity on an unmatched pride for the widely-panned suburb. Milwaukee Record headed west to see if Westallion Brewing Company can help continue the building reputation of both southeast Wisconsin brewing and West Allis.

The space: Situated beside some railroad tracks in a residential neighborhood on the corner of 72nd and Burnham, the storage space-turned-modest tap room is fairly inviting, with lots of windows, ample seating at tables and the stained wood bar, a shelf stocked with board games, and bowls of pretzels. Decorations are minimal, but adhere to the brewery’s staunch pro-‘Stallis theme with framed photos of noted locals like Liberace and Olympic speedskater Dan Jansen, along with pictures from the Allis-Chalmers factory floor and other area landmarks. Behind some backback doors, Westallion has a five-kettle brewing setup, which supplies the tap room’s beer, as well as barrels that are distributed to a select few neighborhood bars.

Milwaukee Record‘s drinks: Of the seven beers presently in the young brewery’s arsenal, just five were on tap. We opted for the flight of all five ($10). Even beyond the equine nomenclature, the Mustang American Pale Ale has all the makings of being Westallion’s flagship brew by way of abundant citra hops, notes of citrus zest and pine, and a subtle malt. We found both the Generale (a Scottish ale) and its Wee Heavy-ier counterpart called the Harvey’s Wall Bangin’ to be more-than-fair representatives of the style. Though not particularly taken by the chest-tingling Lost Turn rye ale, it was refreshing to see a local brewer (especially such a new operation) take a concerted crack at the under-attempted Germanic style.

Finally, our flight landed on the brand new Six Points Licorice Porter, which totes the scent and body of a standard porter, but sidestepped expectation with a blunt presence of licorice. Worry not, black licorice haters, there’s no anise to speak of here. Rather, this variation offered an almost minty sweetness to offset the robustness of this dark specialty brew. Westallion also makes a Dan Jansen-devoted Kolsch called Lillehammer Gold and a Western Days Vienna Lager, neither of which were available during our visit.

The verdict: There’s no telling exactly when metro Milwaukee’s brewery bubble will burst and which purveyors will be responsible, but one of the region’s latest craft breweries—and West Allis’ first—shows there’s still some room to grow, both stylistically and geographically. With respectable-to-quality takes on unconventional varieties, Westallion showcases its pride for ‘Stallis with its decor, the names of its beer, and a level of early execution that’s worth checking out first hand. 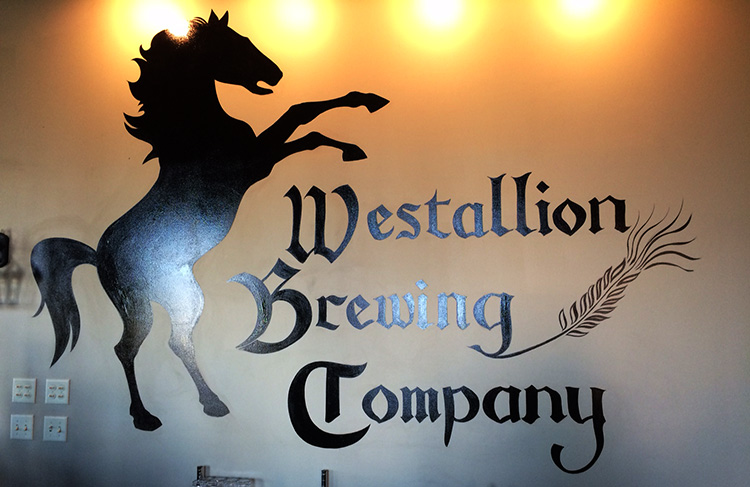