Do you like murals? Of course you do. And so does Milwaukee. Yes, the city is currently in the throes of a great mural renaissance. A Muralssance? Muraissance? Whatever. All you need to know is that there are 8,000 new murals popping up every day.

Last month it was the gorgeous “Gateway Mural” on West Wisconsin Avenue. Yesterday it was news that one of Europe’s most well-known street artists is painting a mural on the side of a Third Ward high rise. And today, a glimpse of the new murals being created for the East Side’s Crossroads Collective and Black Cat Alley. Neat!

The murals are part of Wallpapered City’s NoMAD (North Avenue Mural Arts District) program. Check out some in-progress photos below, followed by a full press release. 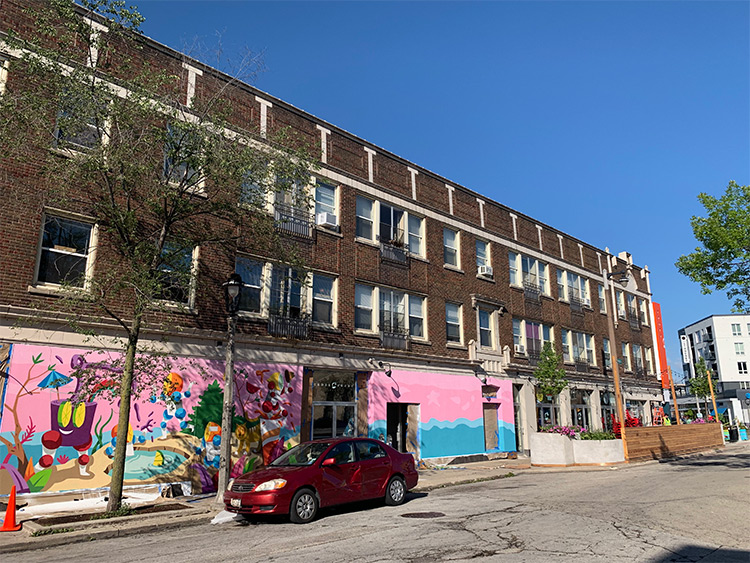 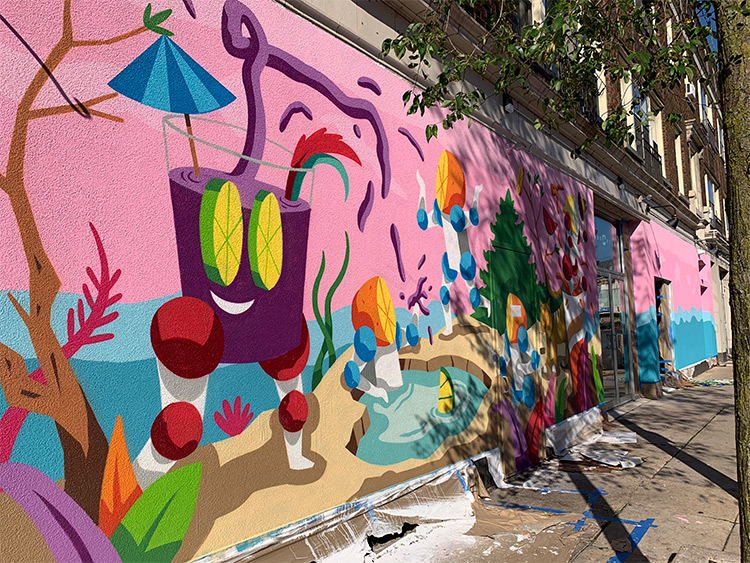 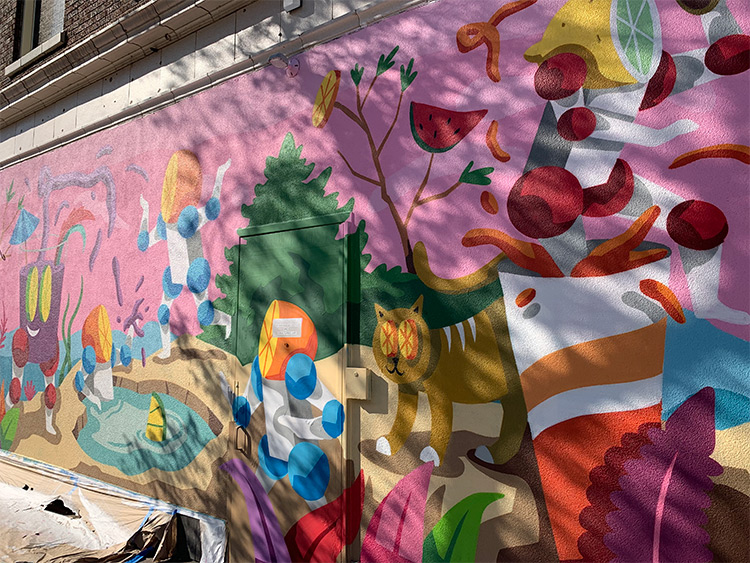 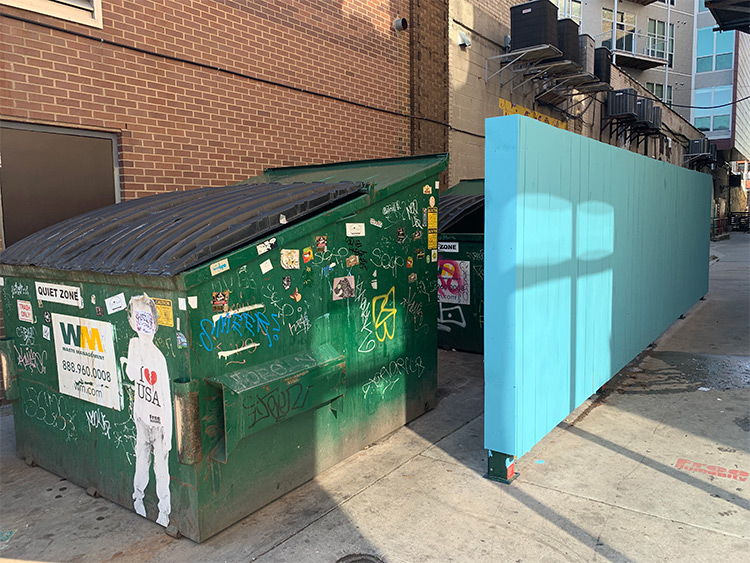 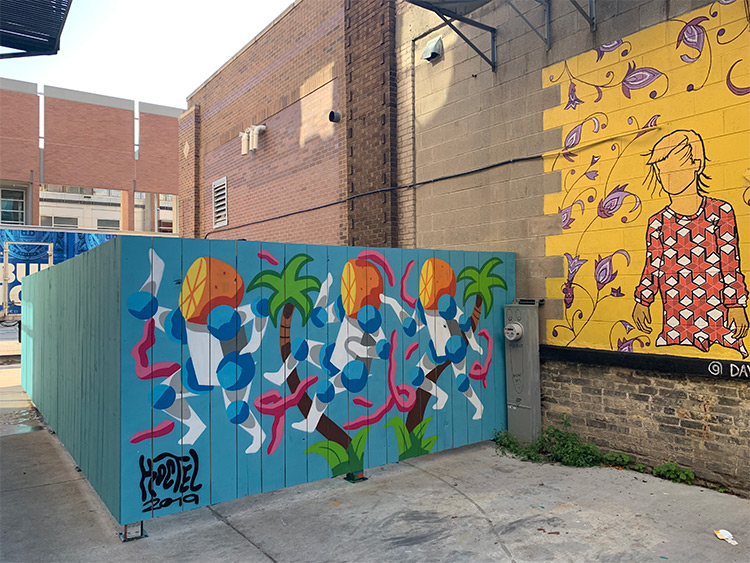 Milwaukee, WI – Summer in Milwaukee is best known for its many diverse festivals. After this summer Milwaukee can include itself amongst those cities that are also known for their public art.

As part of Wallpapered City’s NoMAD (North Avenue Mural Arts District) program, an 8th mural installation will begin on Monday August 5th. The exterior walls of the Crossroads Collective at the intersections of North Avenue, Farwell Avenue and East Ivanhoe Place, will be filling up with whimsical, bright and tropical characters! New dumpster enclosures in Black Cat Alley will also be given a pop of color and vibrancy to help welcome visitors to the mural destination.

These newest mural installations are being created by Spanish artist Koctel. Born in Granada and raised in Sevilla (Andalusia, Spain) Koctel grew up surrounded by orange groves. Beginning by painting graffiti at age 14, Koctel’s artistic style continued to evolve. Always drawing inspiration from fruits and sweets, he focuses on fantastic colorful scenery where tropical fruits are the main characters. One can also see prevalent Chinese cultural elements inspired by the years Koctel spent living in China.

Koctel’s public art installations can be found around the world including the UK, Italy, Germany, Austria, Mexico, China, and more. This is Koctel’s first time in the U.S. He came over a few weeks ago to paint a mural for a festival in Flint, MI. Milwaukee’s East Side is his second mural installation in the country. In a few short weeks, Milwaukee will be able to view an original Koctel creation that will be a permanent source of joy and brightness all year round!

Stop by Black Cat Alley and Crossroads Collective and see why it’s known as Milwaukee’s Foodiest Food Hall, soon to be considered the most colorful Foodiest Food Hall! Koctel will begin his installation on Monday, August 5th and continue through the following weekend. Stop by and help celebrate the newest addition to Milwaukee’s public art scene!