Since opening in September 2016, the East Side’s Black Cat Alley has seen its fair share of controversy. Adam Stoner’s “Devontay,” which depicted a black man in an orange prison jumpsuit, immediately came under fire for its subject matter and for the color of its artist (white). One year later, in September 2017, the mural made news again when it was used as a backdrop for a Milwaukee Magazine fashion shoot. A few months later, it was vandalized.

Now, the Alley is getting ready to add two new murals for spring—whenever that mythic season decided to arrive. Ohio-based artist Adam Hernandez will begin work on a 10-foot piece this weekend for April Gallery Night and Day, while Milwaukee-based artist Emma Daisy Gertel will begin work on her mural (to be located in the former “Devontay” space) this May. Here’s a look at Hernandez’ previous work… 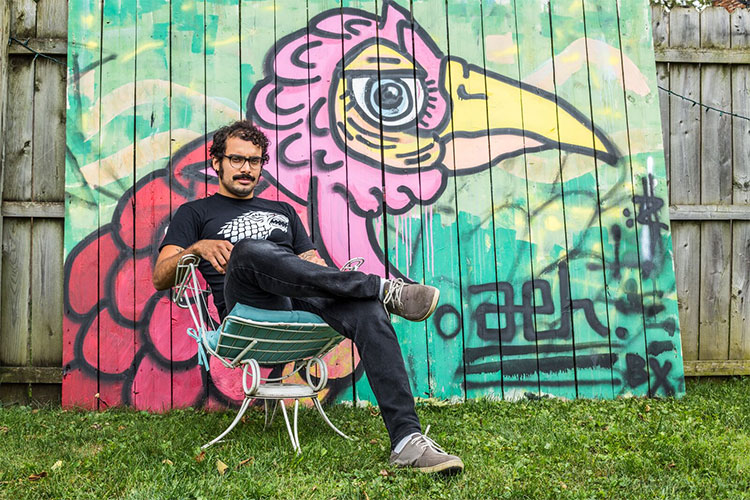 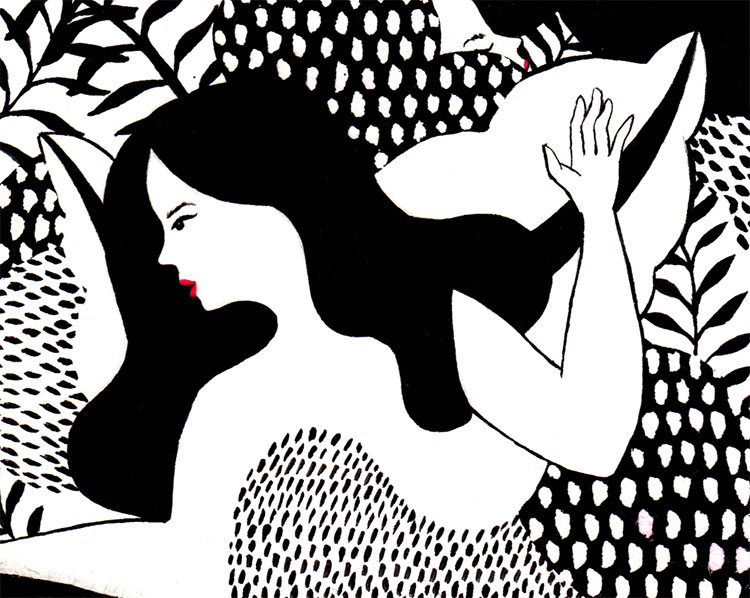 …and a full press release…

(MILWAUKEE, WI) – This weekend, Black Cat Alley will kick off the installment of two new murals. Beginning on Friday April 20, visiting artist Adam Hernandez of Columbus, Ohio will begin work on a ten-foot piece titled “Godmask” from a series he has been pursuing in recent years. He will be at work on this piece for April Gallery Night and Day, April 20-21, and the public is welcome to visit and observe the work in progress.

In May, work will begin on a larger mural in the alley. The new mural will be installed on a north-facing segment of the back wall of the Oriental Theater, near the intersection of Kenilworth and Prospect Avenues. It will appear in the place of a previous mural by Adam Stoner entitled “Devontay,” which was defaced in 2017. The artist chosen for the new mural is Emma Daisy Gertel, a maker, illustrator, and designer based in Milwaukee, WI.

The Call for Artists released in February by the East Side BID restricted entries for the large mural to local, Milwaukee-area artists only. The committee of jurors based their selection on artistic merit, message, and originality of voice. The invited jury included John Kowalczyk of Artists Working in Education (AWE), Flow Johnson of After Gallery, Timothy Decker of UWM and MATC, Antoine Carter of the Harambee Art Alley, Caitlin Sprague of the Milwaukee Mural Map, and Allison Westbrook, a local artist and activist.

“The jury received twenty entries for the north-facing mural from local artists,” says Program Director Stacey Williams-Ng. “Jurors were very impressed with Gertel’s proposal, because of its exuberance and power.” She adds, “We are also very excited to support Daisy in her very first mural. That’s one of the best parts of this job: introducing new artists to a monumental format!”

The artist submitted a design that features a central female character who seems to be dancing. She exudes power through gesture, and direct eye contact with the viewer. According to Gertel’s artist statement, she “uses art to explore her Korean roots and narrate her experience growing up in a culturally homogenized white community. Identity exploration and the celebration of feminine strength are characteristic of her work, rendered with playful charm to bring joy and connection to others.”

Kristin Godfrey, Executive Director of the East Side BID, adds “This is the start to an exciting new season of happenings in the Alley. The more programming we can bring to Black Cat Alley, the better. It is a place that stimulates conversations and benefits the whole community.”