Don’t sleep on Cudahy. Along with West Allis, the city holds the undesirable distinction of being southeast Wisconsin’s punching bag, despite its “Generations Of Pride” motto and, frankly, not being all that remarkably different than some sections of its gritty big brother. Though long regarded as Milwaukee’s bacon-scented suburban scapegoat whose unofficial town mascot is a middle-aged guy wearing a Starter jacket who’s biking to his shift at Ladish, the City Of Cudahy is in the midst of a slow-yet-significant shift that’s working against the unflattering stereotypes and reshaping the identity into a place people can be proud—in more than just the industrial sense—to call home.

As Bay View and Walker’s Point rent and asking prices continue their upward climb, young prospective homeowners and renters alike are opting to head south along the lake shore to take residence in the affordable, under-appreciated, and endearingly unpolished arms of Cudahy. Recent years found the singer of Whips, an Alto member, a small pocket of local comedians, and a handful of other artists taking root in the city. Meanwhile, the nightlife (and morninglife, for that matter) continues its gradual uptick, and The Metal Grill has quickly become a valued haven for all-ages punk and metal shows in the region.

With elements of the city and and the newly-repaved main drag of Packard Ave. in a state of ongoing improvement, it’s only a matter of time before Cudahy’s culinary climate surpasses dirt cheap diners, fast food franchises, and bastardized Chinese fare. With 11 years experience slinging soup in the city as Uncanny Soup Co. (and one ultimately misguided attempt to take root in downtown Milwaukee this year), ownership put the soup operation to rest and returned to to Cudahy aiming to establish themselves in the burger business. Does the recent opening of Cudahy Burger Joint (4905 S. Packard Ave., 414-585-0066) signal tastier times to come?

The space: Technically, Cudahy Burger Joint is only in its “soft open” state, which is clearly expressed when looking at the restaurant’s rough exterior and wrinkled, flimsy makeshift sign. Inside, however, gives way to a diminutive-but-homey neighborhood eatery, complete with 12 two- or four-top tables, pristine wood flooring, mosaics of old Cudahy—horse drawn carriages and all—on both walls, and a small grouping of stools set against the window that runs the distance of the restaurant’s eastern end that looks out on bustling Packard Avenue.

The service: Arriving around the time we perceived to be the end of the new establishment’s lunch rush, we took one of just two available tables. Our server, Anthony, was quick to welcome us. After giving us a few moments to check over the menu, he returned to take our order. Once he brought our order to us a few minutes later, he pretty much left us to our own devices, which we really appreciated. As a short order restaurant, the Burger Joint’s service didn’t have much room to be special, but it was far from bad. 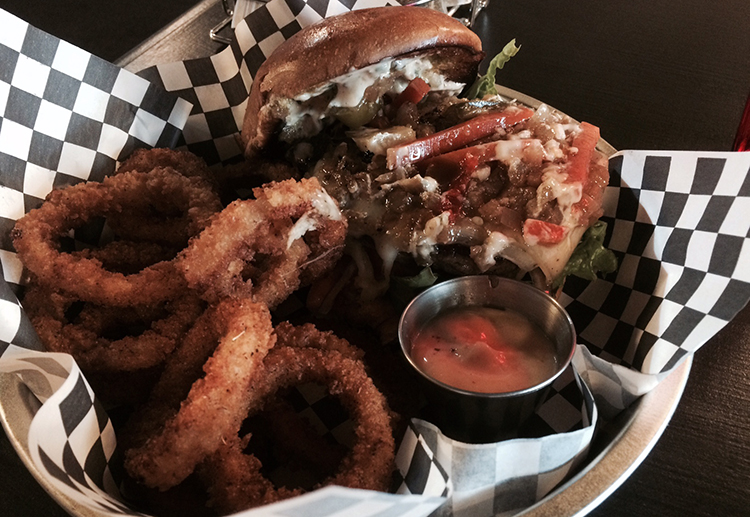 Milwaukee Record‘s food: Figuring “Burger” was in the restaurant’s name, not to mention the lofty promise of “the greatest burger ever made” on its atrociously-edited website, we took a gamble and ordered (you guessed it!) a burger. In addition to the the basic hamburger and cheeseburger—which can also be procured in “Bag O’ Burgers” quantities of five, 10, and 20—on the menu, CBJ has a scant six specialty burgers ($7.95-$8.95) to go with its lineup of pork, chicken, and meatloaf sandwiches and three hot dog varieties.  Of course, there was no shortage of fried sides (cheese curds thankfully among them), chili, and close to 10 types of malts and shakes.

Of the cast of burgers (all of which can have a black bean patty substituted, by the way), we were taken by the Fire House ($8.95): A sloppy assemblage of a 1/3-pound Angus beef patty, pepper jack, lettuce, tomato, fried onions, Sriracha mayo, diced fresh jalapenos, and a generous heap of Giardiniera crammed between a lightly-grilled and buttered Brioche bun. For an extra $2, we upgraded sides from the standard french fries to Cajun onion rings. Despite consisting of what we assumed was a frozen patty (as we weren’t asked how we wanted it cooked and it was a steady gray in the middle), the Fire House was quite tasty.

The broiled bovine relented to the other ingredients, as the creamy and zesty mayonnaise complimented the oily Giardiniera, gooey cheese, and glazed onions well. The burger’s deliciousness was only surpassed by its messiness. We required three napkins and something that stopped just shy of a post-meal sink bath by the time we finished the massive collection of calories. We didn’t mind the mess on this solo mission, but would probably avoid bringing a date there…as if the prospect of a burger place in Cudahy seemed like a good date idea. The allure the Cajun onion rings had on paper didn’t exactly translate to the plate. Next time we’ll avoid the over-fried and unthinkably greasy side in favor of poutine, tater tot nachos or—fuck it, why not?—a double chocolate malt.

The verdict: “The greatest burger ever made”? No. The best burger place in Cudahy? Maybe. A comfortable, no-frills neighborhood burger joint we’ll visit again? Absolutely. 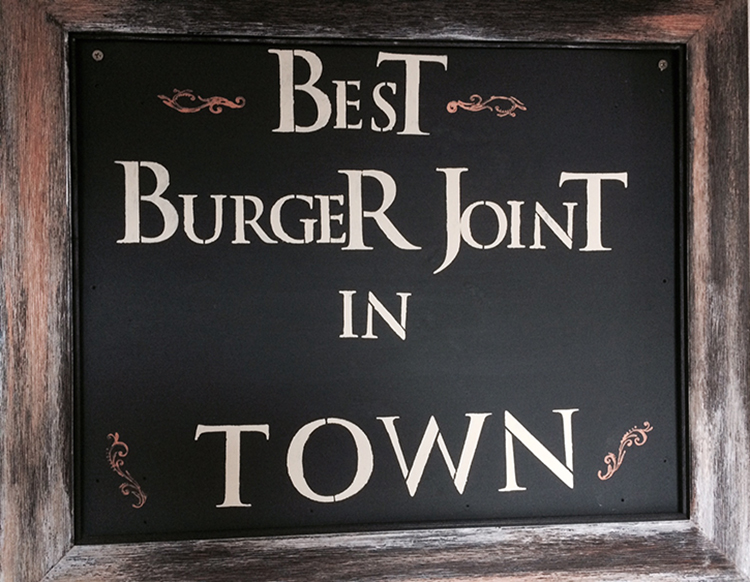