Counting the single-film Opening Night, the 2022 Milwaukee Film Festival is a whopping 15 days long. That’s a lot of days! Even more alarming: THERE ARE ONLY THREE DAYS LEFT.

Yes, MFF2022 is set to wrap this Thursday. Hopefully you’ve already seen a boatload of films, participated in a boatload of discussions, and dropped a boatload of quarters into the Creature From The Black Lagoon pinball table at Landmark Lanes. (Just us?) If not, here are nine still-screening recommendations, with synopses courtesy of Milwaukee Film. (Get your tickets HERE.)

Oh, and here’s our best score from the past two weeks. Eh. 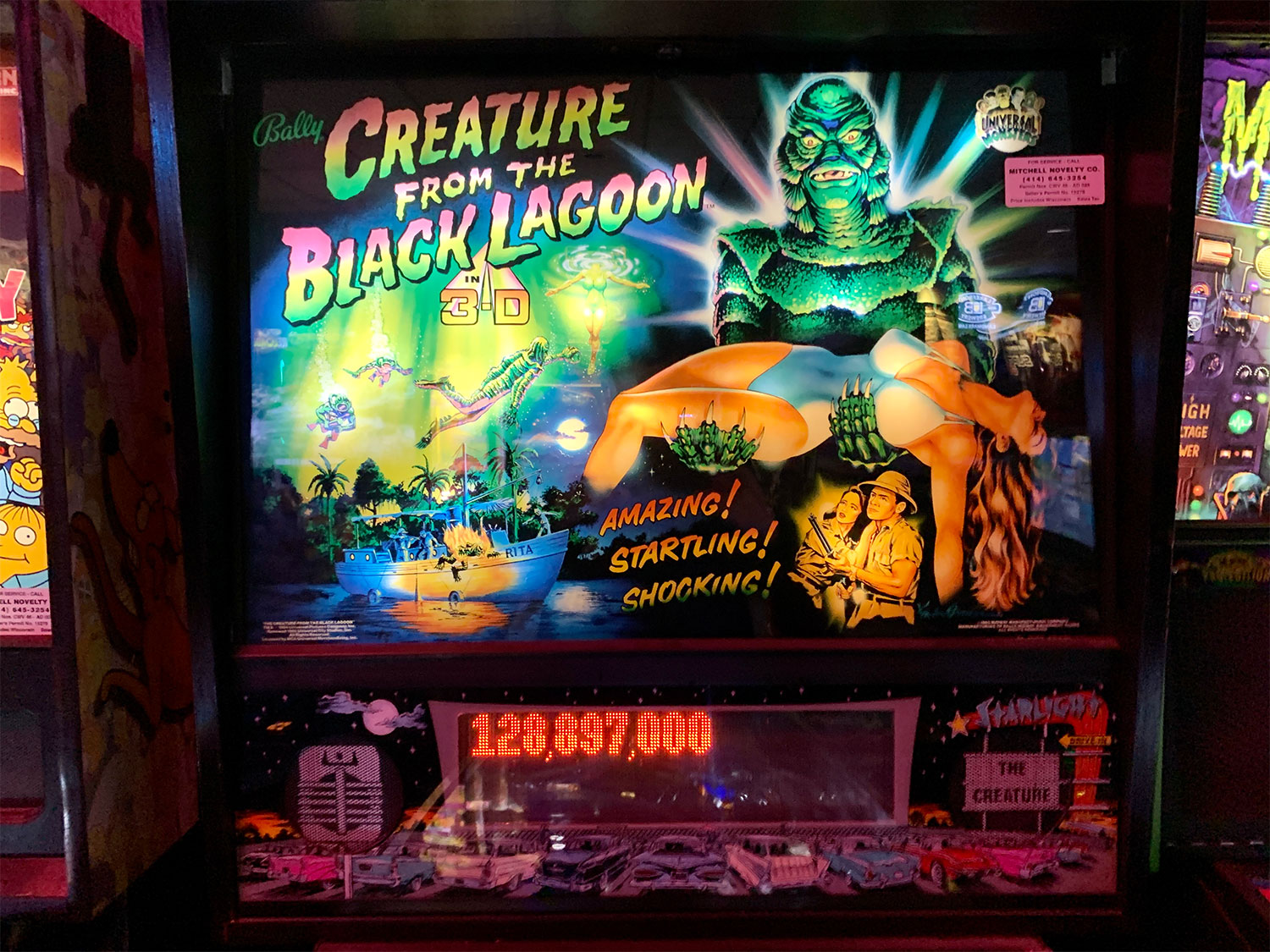 Declining participation leads Milwaukee’s own Messmer (predominantly Black) and Shorewood (prediminately white) high schools to combine their football programs. After a successful season in 2018, quite a few starters graduate and in 2019 the team is forced to rebuild. At the center of this familiar and thrilling sports season drama, these teenage athletes attempt to make sense of their adolescence and of the perceived and tangible racial fissures in southeast Wisconsin.

Sabaah Folayan’s penetrating portrait unveils the teenager, Jahseh Onfroy, behind the artist better known as XXXTentacion. She follows the slain rapper’s career from his inauspicious beginnings as a SoundCloud discovery to his becoming one of the most streamed artists in history. The film chronicles his volatile tensions between public and private life, magnifying his struggles with mental health that result in violent altercations, his perpetuation of domestic abuse, and his dealings with the criminal justice system.

Writer-director Christos Nikou joins the ranks of the Greek Weird Wave with this deadpan, absurdist comedy. After catching a mysterious illness that causes sudden amnesia, middle-aged Aris (Aris Servetalis) finds himself enrolled in a recovery program designed to help patients build new identities from the ground up. Prescribed daily tasks on cassette tapes so he can create new memories and document them on camera, Aris slides back into ordinary life, meeting Anna (Sofia Georgovassili), a woman who is also in recovery.

Shorts: Out Of This World
Oriental Theatre: Lubar Cinema, 10 p.m.

Festivalgoers, prepare yourself for a trip into the unknown–with a sci-fi twist. Along the way, we’ll take a journey into the making of dreams and discover fantastic, original stories to inspire (and perhaps haunt) your dreams to come. Make sure all cryo chambers thawing your long-lost lovers are plugged in before joining us for this program.

Ty and Nick are longtime friends who decide to head up north together to escape the big city and commune with nature. They’re excited for their hunting getaway, but the hunter becomes the hunted when Ty and his dog wander off trail and are pursued into the treacherous deep wilderness by menacing members of a ruthless drug cartel. This suspenseful Northwoods thriller will have you second guessing who you can really trust.

Seeking solace in music during the COVID-19 pandemic, global pop star Charli XCX asks her fans to help her make an album while quarantined at home. Charli embarks on a creative and emotional journey as she confronts mental health issues, rekindles her relationship with her boyfriend, connects with her fans, and ultimately produces the music for “how i’m feeling now.” This intimate documentary demonstrates the healing power of music and community in the most trying of times.

Suzu, a shy, ordinary high school student living in a rural village, begins exploring “U,” a massive virtual world where she escapes into an online persona she’s created called Belle, a globally-beloved singer. When her concert is interrupted by a monstrous creature who captivates Suzu’s curiosity, she embarks to uncover the identity of the “beast,” and discovers her true self in a world where you can be anyone. Dive into this visually captivating and emotionally raw take on a tale as old as time, created by Academy Award-nominated Mamoru Hosoda. Ages 13+.

Maika Monroe (IT FOLLOWS) plays Julia, a young actress who just moved to Romania with her boyfriend. She doesn’t know anyone in town and can’t speak the language, causing her to feel more and more isolated, spending her days alone in their cavernous apartment. When news spreads of a serial killer stalking the city, Julia becomes convinced that her Peeping Tom neighbor is the murderer.

Céline Sciamma’s much anticipated follow up to PORTRAIT OF A LADY ON FIRE, PETITE MAMAN follows 8-year-old Nelly as she travels to her mom’s childhood home after the death of her grandmother. As Nelly explores the house and nearby woods, she befriends a neighbor her own age to whom she bears a striking resemblance. A critical darling, Mark Kermode at Observer UK says PETITE MAMAN “goes straight into my list of the greatest films ever made for children of all ages.”

• The full lineup for the 2022 Milwaukee Film Festival is here, and it’s spectacular

• Milwaukee Film Festival will take place at Oriental, Avalon, Times theaters, include ‘The Thing’ on 35mm