UPDATE (8/20/21): Nearly one year later, Stephen Colbert is apologizing to Milwaukee again. This time in person. Here he is at tonight’s Brewers game. (The Brewers, you may recall, invited Colbert to check out a game back in 2020. Colbert agreed, but only if he could run in the sausage race. So he’s apparently going to do that, too.)

Stephen has spent the whole day apologizing to Milwaukee, trying to show that he is truly sorry. pic.twitter.com/aI8xEliIdU

Amidst last week’s non-existent Democratic National Convention, we were dismayed to learn that Late Night host Stephen Colbert had taken a stinky dump on our city with a lame “Virtual Milwaukee” tour. It wasn’t the over-the-top accent and the tired stereotypes that stung (Beer! Bronze Fonz!), it was the fact that Milwaukee was out tens of thousands of visitors and untold millions of dollars due to the DNC pivoting to an almost all-virtual event. Did you have to kick us while we were down, Stephen? Et tu?

Happily, Colbert apologized to Milwaukee on his show Tuesday night, and even used Milwaukee Record‘s headline in his apology. Fun! 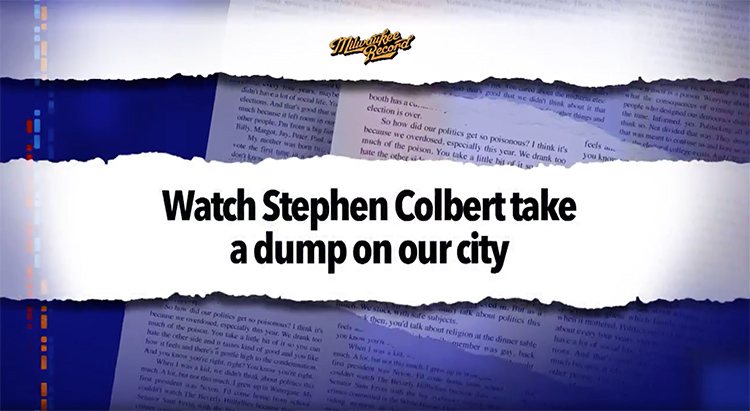 “It was very disappointing,” Colbert said of our headline (and of Milwaukee’s reaction to his “virtual tour”). “Both to me and to anyone who was Googling ‘Watch Stephen Colbert take a dump.'”

(Along with our article, the following image comes up when you actually Google “Watch Stephen Colbert take a dump.”) 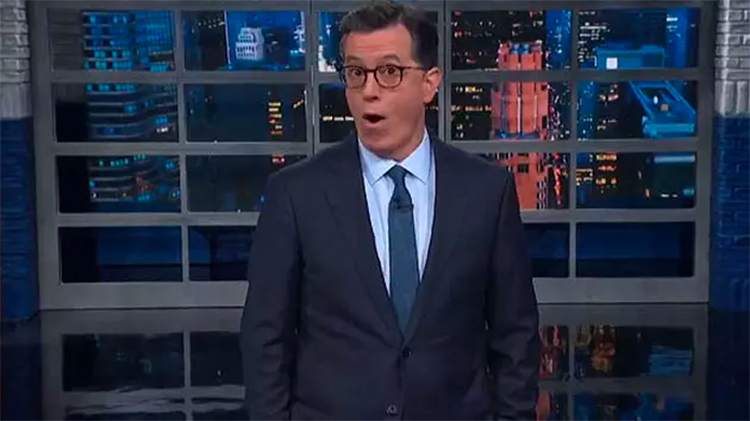 “I would like to address the City of Milwaukee in the official language of the Midwest: the polite apology. [takes off glasses] Hey Milwaukee. Um, I’m really sorry.”

Good enough for us! Here’s Colbert’s full apology. We appreciate that he partially blamed one of his writers (who hails from Madison), and we eagerly await his stint as a Racing Sausage.

And here’s that “virtual tour”:

• #DNC2020: Milwaukee was supposed to tell its story—but what story was that supposed to be?

• The DNC in Milwaukee is dead

• Toxic work environments, and 7 more things that could go wrong with the 2020 DNC