In a city as relatively small as Milwaukee, certain people, places, or things can get saddled with bad reputations. Even if these reputations are somewhat deserved, Milwaukee Record strives to look past the negatives and focus on the positives. In the latest installment of In Defense Of, we make a case for the ever-changing East Side.

The bad rap: On Saturday, June 24, the 17th annual Summer Soulstice Music Festival will take over North Avenue on Milwaukee’s East Side. Notable this year is the fact that five—count ’em, five—bars and restaurants in the immediate area will be closed. G-Daddy’s BBC, The Hotel Foster, Rosati’s, The Winchester, and Rascals are all currently out of business; Hotch, also in Summer Soulstice’s orbit, will close the following day. Nothing says “Summer!” quite like a sea of “For Lease” signs. The Landmark will probably be hopping, though.

Yes, new life is on the way (more on that later), but the sorry state of North Avenue this Summer Soulstice points to a larger problem everyone is always pissing and moaning about: the East Side has become a pale imitation of its old self, a once-bustling bohemian enclave full of beloved businesses now transformed into nothing more than overpriced “luxury” apartments and trendy ramen joints. Still pining for the days of the Oriental Pharmacy and The Globe? How about the good old days of watching the Packers at the BBC nine months ago? 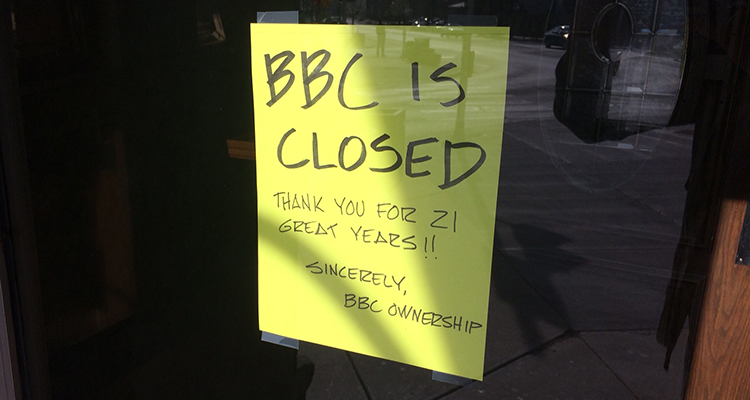 The good rap: Back in July 2016 we wondered if the East Side was “dying.” Did that mean we thought the neighborhood was literally crumbling and that everyone in it was fleeing for more happening climes? Of course not. Was the headline a bit sensationalistic? Sure. Unfortunately, “Is the East Side slowly giving way to gentrification and goddamnit, did they really have to bulldoze the old Y-Not III?” didn’t have the same ring to it.

So yeah, the East Side isn’t “dying”—it’s simply changing. Actually, let’s be more specific: E. North Avenue is changing with the times. In a recent OnMilwaukee piece helpfully titled “The East Side is changing, not dying,” real estate developer and business owner Mike Vitucci has this to say:

“But this is what happens: A neighborhood changes and the businesses also have to change to better provide for what the new neighbors and consumers want,” says Vitucci. “And right now, that means more food-driven establishments.”

In that “food-driven” spirit, the piece details two new businesses coming to the neighborhood: Vitucci’s own Izzy Hops Swig and Nosh, and Kawa Ramen and Sushi. The ventures will open later this summer in the former homes of Rascals and The Winchester, respectively. Elsewhere, Yokohama has taken over the old Yield space (to delicious results), and Donut Squad has set up shop in the on-again, mostly off-again former home of Gold Coast Subs. Then there’s Andy Noble’s Strange Town, coming soon to the old Allium on Prospect Avenue, which promises to keep some of the neighborhood’s bohemian charm alive.

Yes, the amount of “luxury” apartments popping up every hour on the hour is distressing. And make no mistake: the folks in those apartments (and the folks in pre-existing apartments) are dictating the direction of the neighborhood. Vitucci comes right out and says as much in a recent Milwaukee Journal Sentinel piece:

Vitucci said he wanted to open [Izzy Hops] in the space to keep the late-night noise down for residents of the second-floor apartments, rather than having another bar move in. And having to add a kitchen was too expensive for other operators, he said, so he thought it best to take over the space himself and work out the arrangement with Divino.

“North Avenue is turning for the better,” Vitucci said of changes in the east side neighborhood, citing the scores of new apartments built in the area. The residents of the apartments, he said, “want something different.”

No, E. North Avenue will likely never be the entertainment hub it once was (The Globe has been gone for nearly 15 years now). Hell, it won’t even be the college-bar shit-show it once was (the annual Shamrock Shuffle pulled out of the neighborhood for its 2017 crawl). But for every gone-and-almost-forgotten hotspot (R.I.P. Prospect Mall), there are plenty of stalwarts still sticking around that will be right at home with a less “getting shitfaced on a Tuesday night” demographic. Beans & Barley remains a city-wide gem. Von Trier boasts an incredible patio and a nifty summer music series. Landmark Lanes is celebrating its 90th year in 2017, and barring the end of times, it will probably be around for 90 more. Next door, the Oriental Theatre will be taken over by Milwaukee Film in 2018, thanks to a 31-year lease. If that’s not confidence in a neighborhood, what is?

There’ll be some empty storefronts this Summer Soulstice, but they won’t be empty for long. Change, for better or worse, is a fact, and the East Side is simply rolling with the punches. Now, if someone could just do a Pharmacy-esque lunch counter thing in that old space, we’d be cooking. 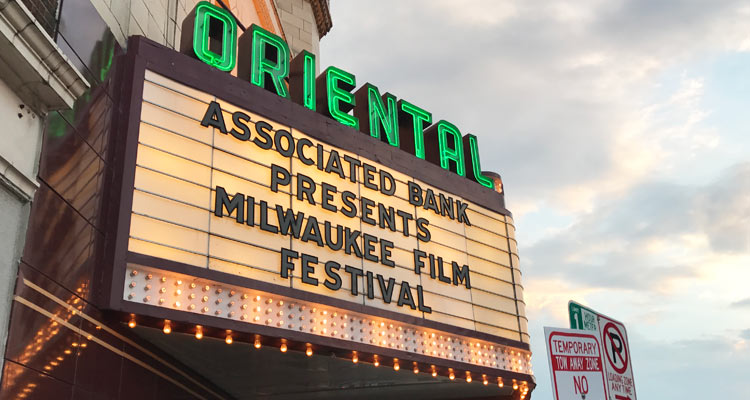