• The fog is getting thicker, and Saz’s Hospitality Group at 838 S. 2nd Street is getting laaaaarger. Saz’s plans to build a two-story, outdoor event venue in an adjacent, 14,280-square-foot lot. The venue would boast a first-level bar, a second-level deck, a fenced-in patio, and a 17-stall parking structure. According to a zoning application: “The property being developed is comprised of 2 empty surface lots that have been an eyesore in the community for a number of years. Saz’s is putting significant investment into its beautification.” [Urban Milwaukee] 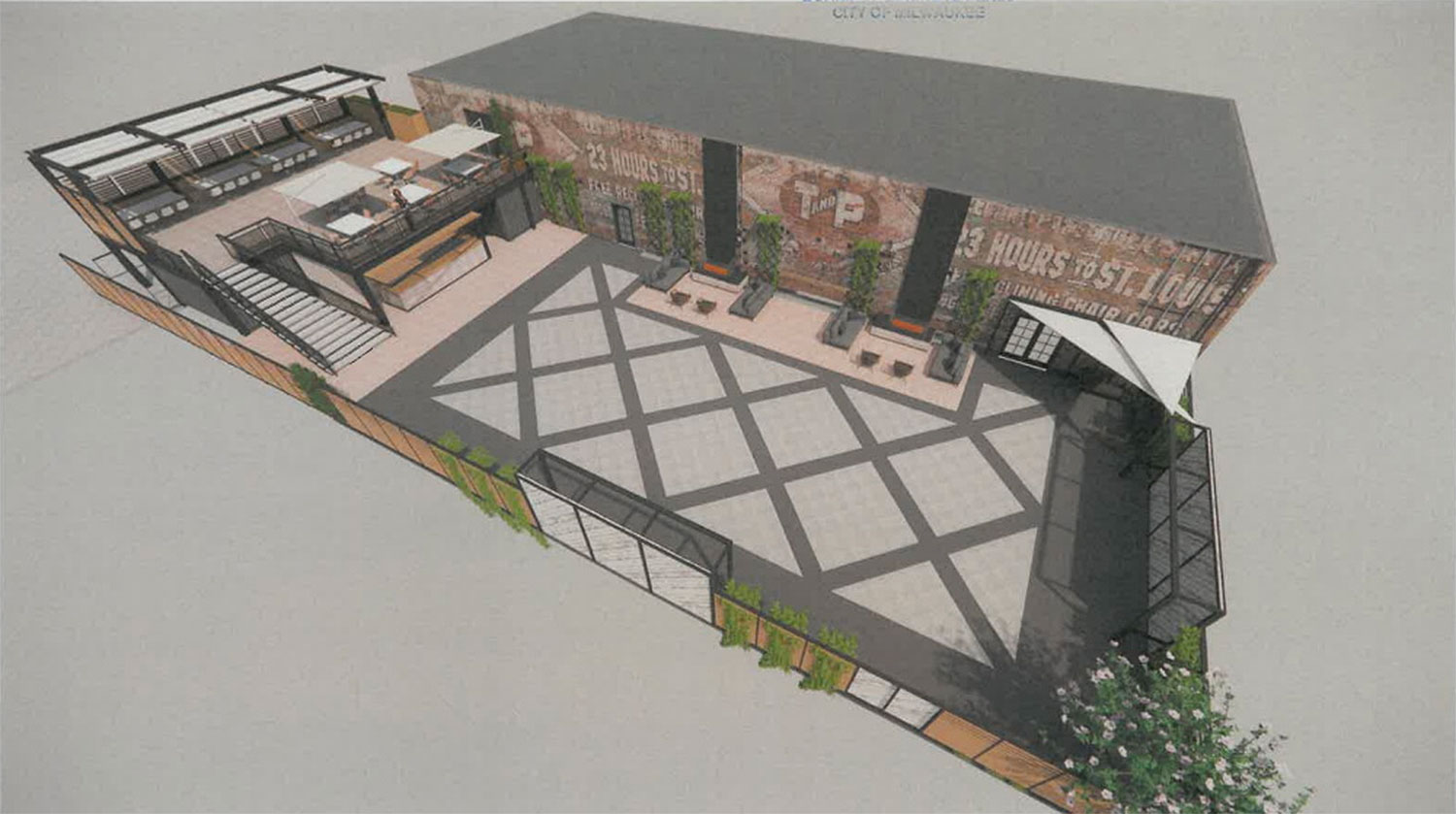 • Oh, and get this: THE MALL IS CURRENTLY LISTED AS “FOR SALE,” AND IS BEING CALLED A “PRIME REDEVELOPMENT OPPORTUNITY.” [Milwaukee Business Journal]

• Fiserv Inc. is moving its global headquarters to Downtown Milwaukee, leasing 144,000 square feet of space in the old Boston Store building on the corner of W. Wisconsin Avenue and N. Vel R. Phillips Avenue. In exchange for Fiserv bringing at least 780 employees to the space, the city will give Fiserv a cool $7 million. (The state will kick in some money, too.) An additional $4.6 million city subsidy will fund a host of nearby projects, “including the development of a plaza honoring a Wisconsin civil rights leader [Phillips], traffic calming improvements to W. Michigan St., and improvements to Zeidler Union Square.” [Urban Milwaukee, and don’t you forget it ]

• The developers who are planning to convert the 110-year-old Saints Peter & Paul Parish school building on the East Side into a “wed and breakfast” venue are looking for someone to operate the thing. [Milwaukee Business Journal]

• Ivanhoe Place, a.k.a. the East Side street between Hooligan’s and Crossroads Collective, could become a public plaza. [Milwaukee Record]

• The Common Council recently gave an all-but-final approval for those FPC Live concert venues in the Deer District. [Milwaukee Record]