Happy Flag Day! As regular readers of this site probably know, this important patriotic holiday also doubles as the official birthday for Milwaukee’s unofficial new flag. Exactly two years ago, the winner of the “People’s Flag Of Milwaukee” contest was announced.

Since that fateful day of TED Talk-inspired community action by some of the city’s marketing elite, Robert Lenz’s “Sunrise Over The Lake” design has amassed an impressive presence around the city, both in the form of actual flags and other Milwaukee-themed merchandise that can be yours for the low, low price of $50-$180. It’s since inspired a beer, expensive socks, and Water Taxi branding. One half of Milwaukee Record got a tattoo as a direct response to this movement, while the other half eventually gave up.

Along the way, the so-called “People’s Flag” has gradually crept closer to becoming Milwaukee’s official city flag, while also drawing justifiable criticism because the design—which adheres to the crucial “principles of good flag design,” that call for simplicity—is boring and looks like a ton of other shit. It’s been likened to the logos of both Comfort Inn and Carona. Reno’s new flag is strikingly similar, too. Now, the “People’s Flag” has another doppelganger in the marketplace—this time as a Horizon Pendant that’s being peddled in an in-flight magazine.

A reader tipped us off to a one-page ad they recently saw in American Airlines’ publication, American Way. The advert showcases a piece of “lifestyle jewelry” from Na Hoku, “Hawaii’s finest Jewelers Since 1924.” The Horizon Pendant “with Lapis Inlay and Pavé Diamonds” bears an indisputable resemblance to a certain piece of cloth that’s hanging from many Milwaukee flagpoles these days.

If you’re still looking for that perfect Flag Day gift for that special someone in your life, you need look no further. There’s simply no better way to display your unique love for Milwaukee than this necklace that a Hawaiian jeweler is hocking in airplane publications. 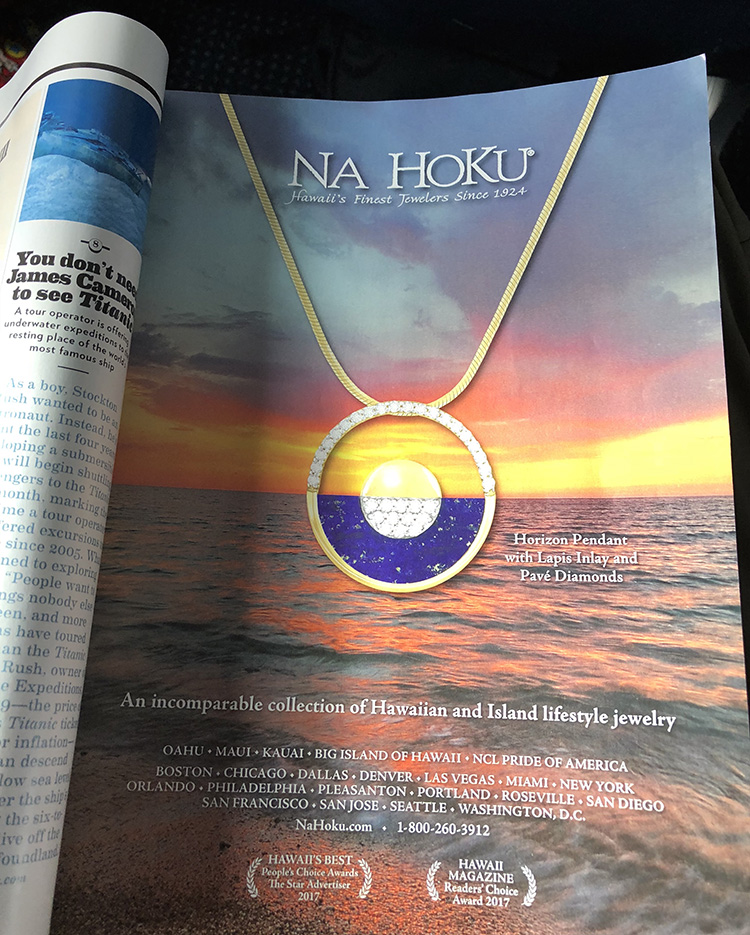