Though you’ve likely spent much of the summer to this point screaming at strangers while navigating through road construction, it’s still comforting to know that of the 90-plus days in the season, 40 still remain. But what to do with those 40 days? In the interest of making sure the rest of your summer is bursting with live music, block parties, rib-tickling comedy, more live music, and the 10th anniversary of Mondo Lucha, we’ve assembled this handy, mega-sized Tracklist. Plan accordingly, Milwaukee, and enjoy it while it lasts.

Tuesday, August 14
Chill On The Hill with Xposed 4Heads, The Quilz, and Kinsella Irish School Of Irish Dance @ Humboldt Park

Wednesday, August 15
Milwaukee Record presents Half Baked @ Avalon Theater
Subversive 1998 stoner comedy, Half Baked, stars Dave Chappelle as Thurgood Jenkins, a custodian who—with the help of friends Scarface (Guillermo Diaz) and Brian (Jim Breuer)—takes desperate measures to raise enough money to bail out his imprisoned pal Kenny (Harland Williams). Along the way, the friends face some unexpected obstacles, Jenkins meets a woman named Mary Jane, and lots and lots of weed is smoked. Between its endless well of hilarious quotes and some memorable cameos from Steven Wright, Bob Saget, Snoop Dogg, Jon Stewart, Willie Nelson, and Tommy Chong, Half Baked is still as enjoyable as it was 20 years ago. Tickets to this 7 p.m. screening are $5. We’re also offering a $10 “Going Green” package that includes a movie ticket, a pint of Lakefront’s Organika organic white ale, and an Abba-Zabba candy bar.

Thursday, August 16
The Shacks + Amanda Huff @ The Back Room at Colectivo


Friday, August 17
Weezer + White Reaper @ The Rave
Is it okay to like Weezer again? Yeah, Rivers Cuomo and company were in the weeds for a while (everything from Make Believe to Hurley, let’s say), but their last few albums (Everything Will Be Alright In The End, “The White Album,” Pacific Daydreams) have been pretty good! Then there’s that 1994 debut album (the so-called “Blue Album”) and its mythic follow-up, Pinkerton. C’mon, those are undisputed classics! “Buddy Holly”! “Say It Ain’t So”! All the semi-creepy Pinkerton songs Cuomo wrote at Harvard! What’s not to love? Still not enough? White Reaper is opening!


Thursday, August 23
Cake + Ben Folds @ BMO Harris Pavilion
Cake did/does those instantly recognizable songs like “The Distance” and “Satan Is My Motor.” Ben Folds did/does those instantly recognizable songs like “Brick” and “Underground.” Good lord, has it really been 20-some years since all those songs were floating around in the turn-of-the-century alternative ether? Prolonging the magic, indeed. Anyway, this co-headlining show should be fun. Maybe Shatner will show up.


Saturday, August 25
WMSE’s 9th annual Backyard BBQ @ Humboldt Park
On Saturday, August 25, from noon until 8 p.m. at Humboldt Park, beloved independent radio station WMSE will once again say thank you to its fans and supporters with its 9th annual end-of-summer shindig. And this year has a hell of a musical headliner: Old 97’s. The legendary band will be joined by an impressive cast of locals, including Buffalo Gospel, The Vitrolum Republic, Bailey Dee, and Altered Five Blues Band.

Sunday, August 26
Triple Eye Industries Fest (Day 3) @ Franks Power Plant
Today, in the era of Name-Your-Price digital downloads, 99 cent iTunes singles, and abject saturation in the music industry, owning a record label isn’t exactly the glamorous and financially lucrative endeavor it once was. Though the profit margins are slim (if they exist at all), countless entrepreneurs continue to funnel their passion for music into record labels, including more than a few operations based right here in Milwaukee.

One of the youngest and smallest of those local imprints is Triple Eye Industries. What the label lacks in longevity and finances, it more than makes up for in ambition. Over the course of roughly four years in business, they’ve managed an astounding 35 releases—many of them in vinyl format. From Friday, August 24 through Sunday, August 26, Triple Eye Industries will celebrate its fourth anniversary with a three-day, three-venue, four-show festival that will feature more than 15 bands from throughout the Midwest and beyond.

Wednesday, August 29
L.A. Witch + Moonwalks, and Whips @ Cactus Club
The last time L.A. Witch came to Cactus Club, the dark and dour rock trio was an up-and-coming band that was just starting to turn some heads. This time around, they’re an established band that’s here to stay. The (you guessed it) Los Angeles outfit returns to the site of their first Milwaukee show as part of a tour in belated support for last year’s self-titled debut. Moonwalks will play before them and Whips will ensure this mid-week show is great from top to bottom with some local flavor in the opening slot.

Thursday, August 30
Harley-Davidson 115th Anniversary @ various venues
H-D’s 115th birthday is a citywide affair. From concerts to parties to rides, there’s a ton to do.

Tuesday, September 4
The Killers + Violent Femmes @ Fiserv Forum
The duty of kicking off the first of hopefully many shows at the new downtown arena goes to The Killers and (kind of?) Milwaukee’s own Violent Femmes.

Wednesday, September 5
Neko Case + Thao Nguyen @ Pabst Theater
Oh, hell. Is there anyone better than Neko Case—solo or with The New Pornographers? No.

Thursday, September 6
Sales + Hana Vu @ The Back Room at Colectivo


Friday, September 7
Mondo Lucha @ Turner Hall
Since 2008, Milwaukee’s Mondo Lucha has whipped the city’s wrestling nerds (and closet wrestling nerds) into the turnbuckles with over-the-top, high-flying, masked lucha libre wrestling extravaganzas. The homegrown company has consistently put on high-production, multi-media shows that dwarf anything else on the indie wrestling circuit, and has done it all with its tongue ever-so-slightly in cheek. If you’re the kind of person who pines for the days when ridiculous storylines ruled the day and the WWE was still the WWF, look no further for your masked, retro wrestling kick to the face.

On September 7, Mondo Lucha will return to Turner Hall for its milestone “10th Anniversary Spectacular,” which will include everything fans have come to know and love: top-shelf athleticism, burlesque dancers, and live music. Like every year, you won’t want to miss it. Something tells us the 10th anniversary is going to be extra special.

Saturday, September 8
Ringo Starr & His All Starr Band @ BMO Harris Pavilion
Let’s just come out and say it: Ringo Starr is great. He’s a living legend, a comforting presence in a world gone mad, and a genius drummer (arguments over that last point in the comments below, please). So who’s in Ringo’s ever-changing All Starr Band this time around? How about Colin Hay (“Who Can It Be Now”), Steve Lukather (“Africa”), Gregg Rolie (“Black Magic Woman”), and more. So yeah: THE DUDE FROM TOTO WILL TOTALLY PLAY “AFRICA.” Also, Ringo will play “Matchbox” and “With A Little Help From My Friends,” obviously.


Monday, September 10
Nothing.
Go to a museum or something.

Thursday, September 13
Kevin Hart @ Fiserv Forum
A few years removed from his six-show Pabst Theater run, actor/comedian Kevin Hart will help break in the newly-named Fiserv Forum with what’s sure to be a hilarious performance.

Saturday, September 15
Bay View Bash @ Kinnickinnic Avenue
Now that some of Milwaukee’s first major festivals of the season are in the rear view mirror, we’re ready to look ahead to one of the city’s biggest late-summer undertakings. Bay View Bash will return to Kinnickinnic Avenue on Saturday, September 15. Though it’s still more than two months away, you’ll want to make sure you’re around to take in the sights and sounds of the behemoth block party. The full lineup hasn’t been announced, but Rush-Mor has lined up an outstanding lineup as usual, and the inaugural year of the Milwaukee Record Stage will feature Mike Krol and many more. See you there.


Monday, September 17
Charly Bliss @ The Back Room at Colectivo 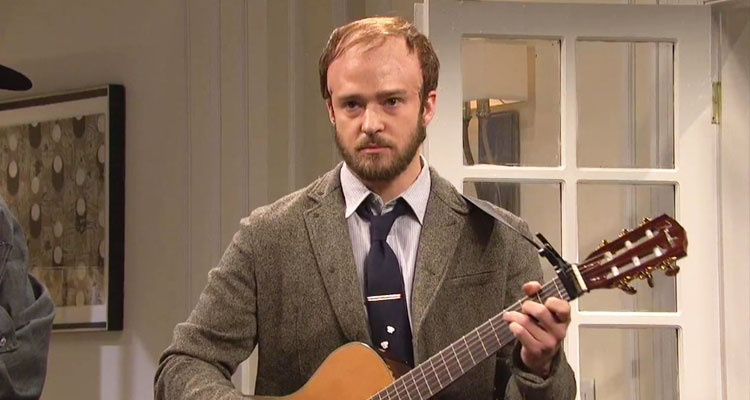