In just one month, the Trump administration has illustrated its aversion to the arts. Despite the President’s efforts to take funding away from artistic organizations, creatives aren’t only continuing to work; some artists are deriving inspiration from the sudden governmental opposition.

Back in December, Milwaukee artist and Urban Garage Sale founder Brian Holoubek won two coin operated “Sweet Licks” arcade games at an auction—the same auction in which the Johnson’s Park dinosaur was sold for $11—for just $25 apiece. Though the bulky machines were an unexpected score he couldn’t pass up, once the time came for Holoubek to retrieve his pair of Whack-A-Mole knockoffs in January, he had an idea.

“I kind of got stuck winning a bunch of stuff in this auction that I didn’t have space for,” Holoubek says. “It was right around Inauguration Day. I was in this winter gloom and I ended up with these machines. It’s one of those things where you say, ‘Hey, I’m going to turn this into that,’ but then I actually wanted to do it instead of just talking about it.” 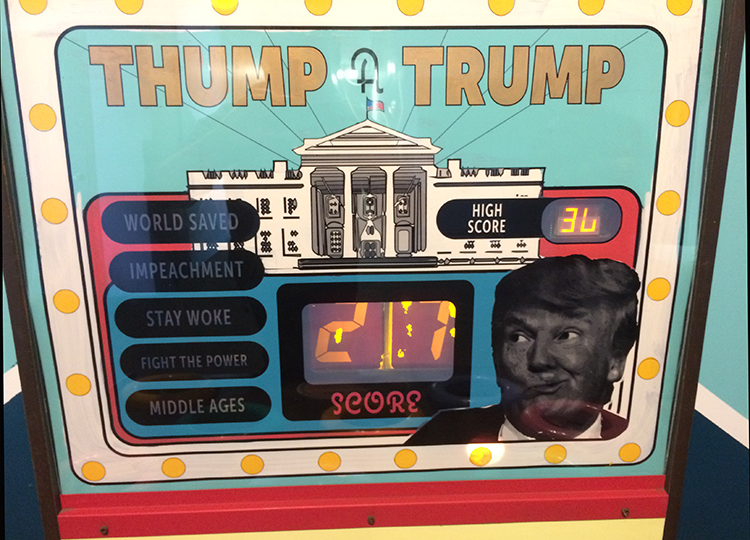 Holoubek used parts from one Sweet Licks machine to fix malfunctioning parts in the other. After some design work, a touch of paint, a little wiring, some artificial blond hair, and one winning pun, two broken arcade games from yesteryear became one machine with a topical theme for these artistically ailing times: Thump A Trump.

On Saturday night, Holoubek debuted Thump A Trump at The Nut Factory‘s annual open house. The entertaining installation features a cheeky back laminate that Holoubek designed, printed, and painted. In addition to the polarizing politician’s face, the game has achievement levels that begin at Middle Ages and peak at World Saved—with Fight The Power, Stay Woke, and Impeachment levels in the middle. 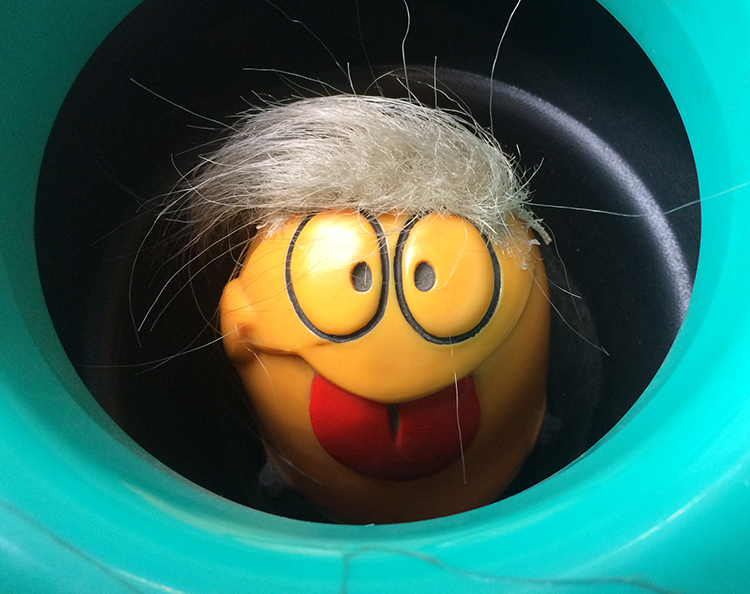 Between the player and the back laminate sit a stuffed mallet and eight anthropomorphic ice cream scoops, which have been turned into Trumps through the addition of angular blond hair. Though Holoubek has considered adding other world leaders in some of the holes—and admits decades of use has made the mallet a bit flimsy—he says time was a major motivating factor in completing the project.

“It’s a very time-sensitive art piece, which is another reason I really wanted to get it done,” Holoubek says. “I got it done before the impeachment. We’ll see how long it’s relevant.”

There are no immediate plans for the Thump A Trump game, but its creator says he’s open to suggestions.

“I’d love for it to find a nice home,” Holoubek says. “I think it could be very cool somewhere.”