Yesterday, ESPN.com posted an article by Brian Windhorst called “How the Bucks landed Greg Monroe” that detailed, well, how the Bucks landed Greg Monroe. The piece is a great insider’s glimpse into the NBA’s free agency process and a firsthand look at the numerous ways the long-beleaguered Bucks organization is righting the ship under new ownership.

The article details the 2 a.m. pitch made to the highly-sought-after free agent center that ultimately found Monroe shocking the league by inking a deal with the small market Milwaukee franchise, while passing up offers from the New York Knicks and Los Angeles Lakers in the process. Windhorst quite accurately calls it “one of the more stunning free-agent coups of the last decade.”

That fateful morning, Bucks co-owner Marc Lasry himself made the appealing presentation that ultimately won over Monroe.

“That meeting is something I will never forget,” Monroe said. “They made a great presentation to me.”

So what did this unforgettable presentation include, you ask? To quote Windhorst:

“The Bucks showed off drawings of the arena. They talked about their coming practice facility. They showed off their new uniforms. They had a video made with comedian Marlon Wayans for the moment.”

Hold up! Comedian Marlon Wayans? Like, “Dude from White Chicks” Marlon Wayans? Are we talking about the same C-list actor who peaked as part of In Living Color, a cast he was largely part of because his uncle created the show? The Little Man guy?! Surely, Monroe was won over by the arena drawings and stylish new uniforms before politely sitting through Wayan’s video…right?

“He was cracking jokes about why I should come to Milwaukee and talking about the new arena,” Monroe said about the video. “He had some stuff on Jason Kidd and the owners, there were a lot of laughs.”

Holy shit. While Monroe was likely also swayed by the prospect of making $50M over three years, the opportunity to play with Giannis Antetokounmpo, Jabari Parker, and friend/fellow Pistons expat Khris Middleton (who re-signed with Milwaukee as a direct result of Monroe coming to town), and being part of a surefire playoff team on the rise, it’s quite possible that Marlon fucking Wayans—in what has to be his best role since Requiem For A Dream—had a hand in convincing the 25-year-old star center to sign with the Bucks.

Next time you’re flipping through channels and you happen upon Scary Movie 2, linger for a few minutes to thank Mr. Wayans for all his help. 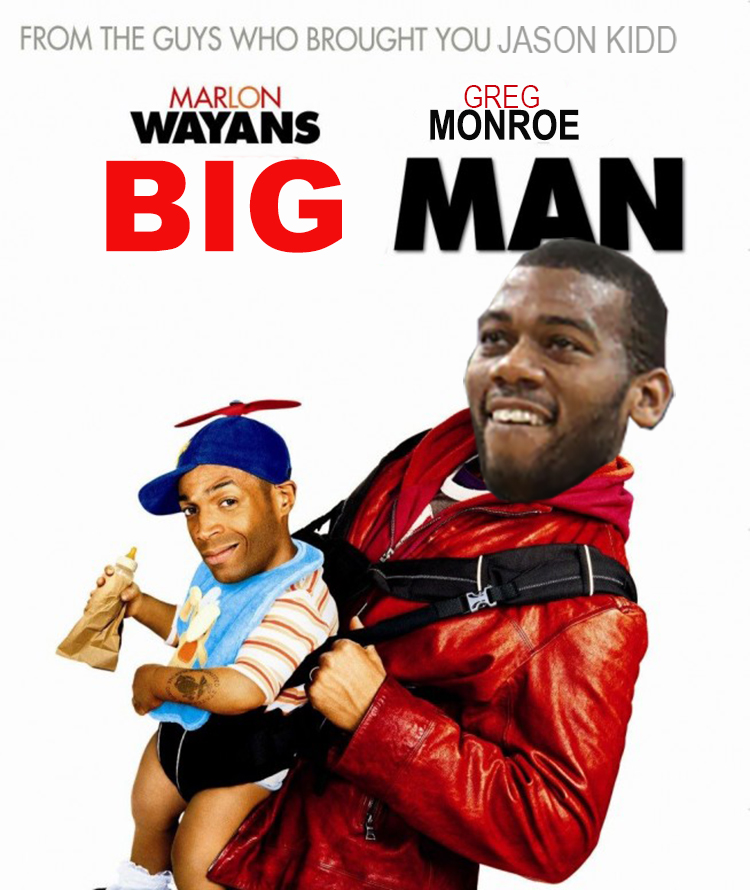