Every NFL season, an ongoing dispute rages between fans of teams like the Packers, Steelers, Cowboys, Patriots, and (lately) Seahawks about which franchise holds the impossible-to-confirm title of “America’s Team.” Meanwhile, the league is making a push for worldwide acceptance, including annual games in London and select Bills games in Canada, sparking a debate of what NFL organization it “The World’s Team.” Though professional (American rules) football hasn’t been played in the colossal and soccer-obsessed South American nation of Brazil yet, the sport has quickly caught on in the country within the past five or so years.

Today, the Green Bay Packers are among the most popular NFL teams in Brazil, and much of that has to do with the work Marcus Rovere has been doing with his Packers Brasil (@PackersBR) Twitter account. Since 2011, the 29-year-old native of Porto Alegre (the capital of the Rio Grande do Sul state) has tweeted news, photos, opinions, and Jay Cutler jokes on the account, which currently boasts close to 7,900 followers. As his love for the Packers has grown, so has that of fellow Brazilians. Due to the difficulty South American fans has getting jerseys, Rovere has since decided to open an online apparel shop so fellow Brazilians can wear green and gold while cheering on their new favorite team.

Milwaukee Record reached out to the self-proclaimed “face of the Packers in Brazil”—via email, due to the international nature of the interview—to ask him about his growing Twitter account, the state of football in the land where futbol is king, and whether the Packers are, in fact, South America’s Team.

Milwaukee Record: What led you to start Packers Brasil?

Marcus Rovere: After the winning season and the Super Bowl in 2010, I had realized that I used to tweet a lot in my personal account about Packers, especially in game days. I had also saw that nobody had an account dedicated only to Packers, so I think, “Why not?” [It] was in the middle of 2011 season that I had started with this idea and pretty fast people start to follow and talk about this page.

MKE Record: How long have you been a Packers fan? What started your Packers love affair?

MR: I start to be a Cheesehead in 2009, two years after being introduced to the NFL. As a lot of people in our country, the NFL was introduced to me because of a curious situation, after Tom Brady started dating Gisele Bündchen. She comes from Rio Grande do Sul State too. People started to talk about the romance and [Brady’s] kind of football, in that time. I was a devoted soccer fan from SC Internacional, not an Ultra, but I had a huge passion for my team, especially in this years after we finally won our first Libertadores Cup and the de FIFA Club’s World Cup, beating the powerful FC Barcelona. When media started talking about NFL and that Gisele’s boyfriend would play in the Super Bowl. I had start to be curious about that, so in that year, I had watched my first Super Bowl.

The next season, I decided to see the games. I needed a team to support. After reading about every team, I found in Packers [because of] very important information: It’s a team without an owner, a team that play for the fans, for the city, without making money, only making big plays for this crazy fans. That was the determining information because SC Internacional have as their Slogan “People’s Club.” [It’s] a team for everyone, not only the white and rich people that play Soccer in the start of 1900.

MR: When I started to pay attention in the Packers, Aaron Rodgers was starting with the team too, and every week, I feel so proud to live in these days and watch the future best player of all time. So it’s impossible not have in Rodgers my favorite player [now] and as my all time player. But watching the videos and the history, I have to talk about Reggie White, maybe the best defense player ever.

MKE Record: Is there a significant group of Packers fans in Brazil? Why? Do you and other Packer Backers watch games in groups anywhere?

MR: The Green Bay Packers is the second most popular team in Brazil, but we have the most devoted fans. If you take Twitter as an example, we have in @PackersBR the account dedicated to one team with more followers from the 32. Patriots are the most popular and its easy to understand why. Brady-Gisele brings a lot of people to NFL and the team is a winner. We have a popular saying, the “Brazilians don’t like sports, they like to win in sports,” so the winning team will be always the most popular. That’s why I said we have the most devoted ones, [because] we are a winning team, of course. But I feel that [people] who decide to support the Packers, it’s because of the team and the history, not about winning a game. 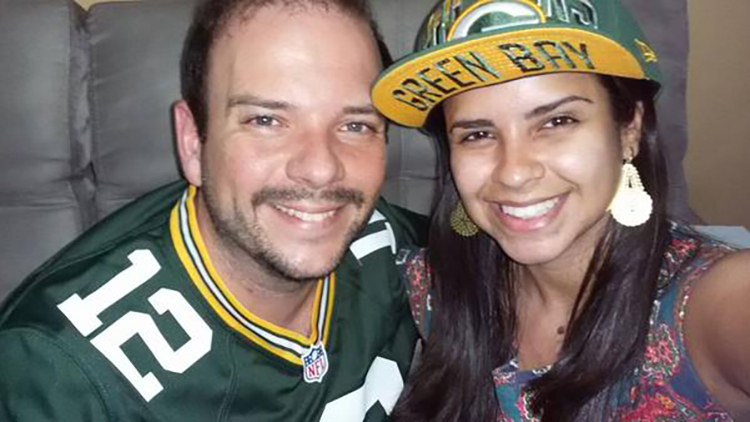 MKE Record: Do fellow Brazilians look down on you for liking American football?

MR: When I start to watch the NFL, sometimes they did. But now the league is getting bigger and bigger. Wherever you go, you always find somebody that also likes American football and we start talking about the games.

MKE Record: What do you feel Packers Brasil’s role is on the Internet? Do you try to recruit new fans? Or are you a news source for existing fans? Both?

MR: The Twitter account is big. Twitter is the most popular social network now and that is where I  focus. When many people start to see the games and follow the page, I always try to give him attention, explain the game and with this kind of respect. Many people began as Packers fan, too. In the page, I bring news, cover the games and make some jokes too. Sorry Cutler, but you aren’t popular here.

MKE Record: How has the account grown and developed since you started it?

MR: I have met people for all the country, from other countries too. It’s amazing how the Internet works and how fast we have all the information. I can talk directly with guys like Aaron Nagler and Jayme from Cheesehead TV, Rob Demovsky and Jason Wilde from ESPN WI, Michelle Bruton from Bleacher Report, Tom Silverstein, Mike Vandermause, Pete Dougherty, Weston Hodkiewicz, Ryan Wood and many other writers that cover the Packers. Today, I have become the face of the Packers in Brazil, even not using my face, and that is a great honor and a big responsibility too, but I really like to be this guy. 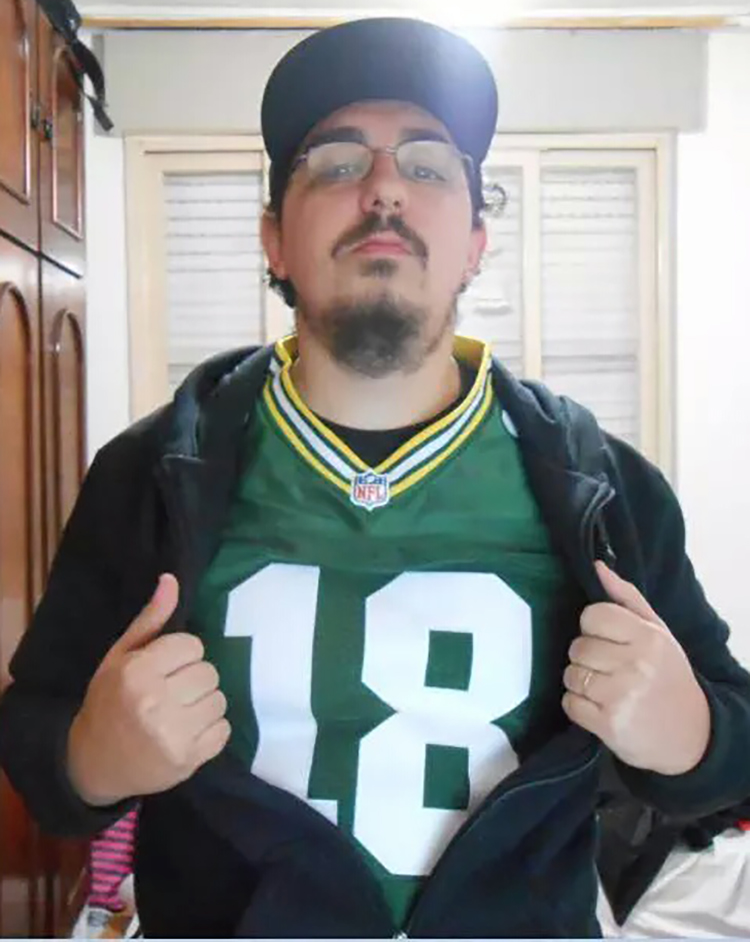