I was recently tasked with planning an event for my Yelp buddies for the month of November. I struggled to think of what to put together, and considered my favorite restaurant (lookin’ at you, Odd Duck) or a variety of live music options the city has to offer. Nothing was catching my attention. I wanted my event to be truly representational of, well, me.

Then I realized I’m a total idiot and football was happening. Vanguard (The Vanguard? I just call it Vanguard) is one of my favorite establishments and also happens to be very highly rated amongst other Yelpers. What could better summarize me than Packers, beer, and brats?

If you somehow have not been to Vanguard, drop everything you are doing right now. Throw away the food you are cooking. Mosey on over to KK and remedy this horrible misfortune in your life. There are no excuses for this. Don’t like sausage? There are plenty of other menu options. Bank account running a little low? Everything is affordable. Lack of sunlight activating your seasonal depression? Eating bomb ass food releases endorphins (probably).

As you can tell, I went into this week with a bit of a bias. I am obligated to report any shortcomings, but there were none (save for the nonsense the Packers are trying to pass off as “football”). I was slightly concerned about the TV situation, as Vanguard has only two screens that are much smaller than the other bars I have reviewed. This was not an issue. I could see Mike McCarthy’s disheveled scruff that screams, “I have given up all hope, please fire Dom Capers.” The sound was on point too, complete with DJing during commercials by Chris Schulist, one of the owners.

I somehow managed to amass around 20 internet buddies to attend my event—I can’t get that many people to show up for my birthday. We commandeered two large tables and proceeded to order half the menu. Folks were particularly fond of the Croaker ($7), a new item on the brunch menu consisting of hot ham, swiss, brown mustard, and fried egg.

Everything you’ve heard about Vanguard’s cheese curds ($7) is true. Fried and flavorful, they are fantastic enough for me to forego my lactose intolerance and enjoy. I never dip my curds in anything, but the bacon stein aioli Vanguard serves with it is outstanding.

Vanguard offers something called the Packer Brat ($6). In the name of journalism, I knew it was necessary to indulge. It was the biggest brat I have ever seen, wrapped in bacon, then deep fried and topped with Cheez Whiz and jalapenos. The calories, fat, and grease probably took a year off my life, but I’d eat it again.

While the food was the star of this Packers bar experience, there were solid drink offerings, too. Per usual, I started off with a Bloody Mary ($7). It was strong, a little spicy, and accompanied by a pony. Despite it having a minimal garnish (three olives), it was one of my favorite Packers bloodies. The specials during the game were $2 PBR bottles (which is actually the every day price) and $3 Old Style tall boys. Cheap beer tastes better in a can, so I opted for the latter lager. The touchdown shots tasted on par with what others serve: some sort of mixture of Jolly Rancher artificial fruit flavoring and mild alcohol. 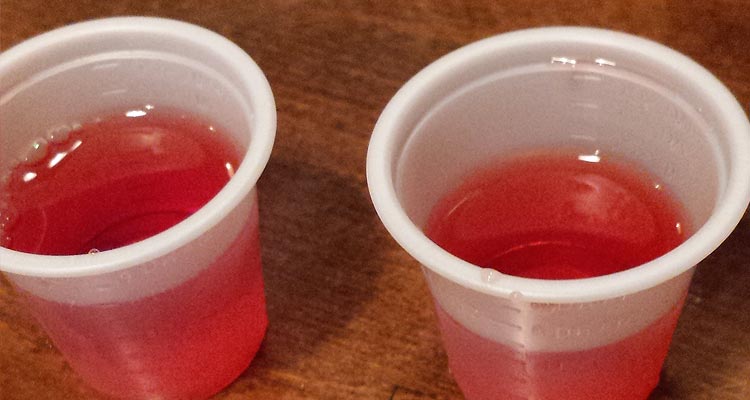 The experience at Vanguard was prime, but the Pack blew it. You could even say they slipped from first to wurst. In all seriousness, I was on my feet for the last two minutes of the game, but I should have known better than to get my hopes up. The fact that it came down to the last play of the game AGAINST THE LIONS is shameful.

Unlike last week, I am not placing blame on the offensive line. This was Aaron Rodgers and Mason Crosby. Rodgers played like he was getting paid to throw the game, or at the very least overthrow all of his passes. While Randall Cobb’s beautiful eyes tend to keep me in a trance, I can no longer overlook his shortcomings. He was not playing like he was a number-one receiver. I truly felt the absence of Jordy Nelson. Despite the team’s less-than-desirable passing and running games, they somehow managed to have a chance to pull through at the end. It was the most entertaining end to an NFL game this season, and Crosby fucked it up. I never forgave him for his atrocious 2012 season when he made nearly two-thirds of his field goal attempts (and destroyed my fantasy team in the process). That is not a percentage worthy of a starting professional football player. Crosby redeemed himself in many fans’ eyes over the past couple of years, but I remained bitter. I can’t wait for everyone else to hop on the “I Hate Crosby” bandwagon again.

But you know, shout out to Damarious Randall, the only consistently reliable player this season. You keep doing you, buddy.