There are a few alarming things about the Milwaukee Bucks this season. Roughly halfway through the team’s 82-game schedule, they’re hanging in the basement of the Eastern Conference with the lowly Brooklyn Nets and Philadelphia 76ers—not exactly sexy basement-time company. Attendance for the team has been slipping further below 15,000 per game—the fourth-lowest draw in the league—as the season lumbers along. And it seems their young talent—the same talent that spun Milwaukee’s fanbase into a tizzy before the season’s first tipoff—has gone stale (at best) to this point. But perhaps the most troublesome statistic of them all, the one that could summon the most vitriol from devoted basketball fans across the state of Wisconsin, is that there are seemingly zero players on the current Milwaukee Bucks 15-man roster who own a cat.

This feline transgression has been brought to light by the extensive research conducted by @NBACatwatch, the heroic, enigmatic twitter persona who tirelessly investigates and documents the state of cat ownership of any player active in the National Basketball Association, as well as the cat-havingness of the players’ family members, significant others, and alleged side pieces. @NBACatwatch began this very important work in 2013, but significantly ramped up its efforts last summer starting with, interestingly enough, some in-depth questioning of our Milwaukee Bucks—questions whose definitive answers on the cat-friendliness of the team have, sadly, remained fruitless.

After hundreds of tweets sent to anyone intrinsically related with Milwaukee Bucks operations, @NBACatwatch has received only three or four direct responses (read the full Bucks Ownership Report here). “It’s probably a mixture of them being flooded with messages all the time and not thinking their cat ownership/preference is important,” the dark-knight proprietor of @NBACatwatch tells us in an exclusive Milwaukee Record interview.

However, the investigation doesn’t cease when met with radio silence. Every night, @NBACatwatch scours social media accounts, news outlets, and fan tips to unearth any semblance of paws-itive news. Here’s what we know so far: The closest thing to a definitive confirmation of cat appreciation we can find in regards to the Bucks is the photographic evidence of Greg Monroe’s mom wearing cat face paint and one time Michael Carter-Williams referred to his girlfriend as a “cat lady.” Pretty solid stuff, but in an era when players across the league flaunt their un-collared love for cats by posting adorable photo collages with their furry friends or, fuck it all, devoting an entire Instagram account to their bewhiskered buddy, it’s high time for someone—anyone—on the Bucks’ roster to break free from the cat-lover stigma and shout their proclivity for purring pals from the rooftops. 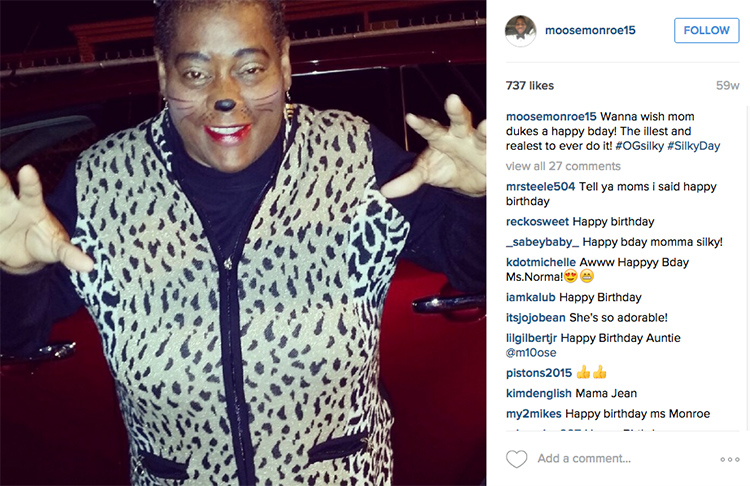 Such stigma lies deep within Jabari Parker, arguably the Bucks’ biggest star. He may get down with 100-year-old Amazon River Turtles, but the power forward is on record as saying he “doesn’t really like cats,” even after being afforded the opportunity to “see felines” on a trip to the Milwaukee County Zoo last summer. And although this is trying news, especially from a player who’s been publicly referred to as “Major Cat,” at least he’s not former Badgers glory boy Frank Kaminsky, who, when asked of his affinity for cats has emphatically stated, “No, no, no…cats are creepy.”

Okay, so no one on the Bucks currently owns a cat, but who could you safely put money on to be the first? “Giannis has cat owner potential,” @NBACatwatch affirms, and self-proclaimed animal admirer/shooting guard Rashad Vaughn is a promising prospect, having said on record he “love[s] all animals, any types of animals. I done have them all. Snakes, iguanas, dogs, cats, fish—I done have them all.” With that encouraging statement, @NBACatwatch gleans that “he seems like the Buck most likely to own a cat.” We’ll certainly be keeping tabs on the situation should any further evidence come forth.

While @NBACatwatch concedes the odds of discovering any Bucks cat fanciers this season aren’t great, he implores us to remain positive. “I hold out a lot of hope for Bucks players owning cats in the future. They’re a young team, and the majority of NBA players whom I’ve found with cats are older and have families. So give it a few years.”   But who has the time to wait? The Bucks could use a kick in the proverbial tail when it comes to garnering enthusiasm for the remainder of the season. Here are just a few (of many) ways adopting a cat could bolster the organization:

Increased attendance and merchandise sales
Remember how apeshit casual baseball fans went when a scruffy little Bichon Frise “wandered” his way into the Brewers’ spring-training facility and then went on to have roughly 10,000 pieces of merchandise with his derpy face brandished all over them? That could happen for the Bucks! Find a kitten, plant it somewhere inside the Bradley Center, have interim coach Joe Prunty happen upon it, and, BAM! Soon enough it’ll be perched atop Bango’s Segway doing 360s across the court at halftime. Kids could line up to pay $25 for the opportunity to get their photo taken with Bango Jr. holding Lil’ Kareem (just a suggestion). Wouldn’t that be adorable? Of course it would! Then come the jerseys, the t-shirts, the mini basketballs, the stuffed animals, the Fatheads, the thongs with “Bucks’ #1 Pussycat” emblazoned across the front. Obviously, the excitement swirling around the adoption of Lil’ Kareem (assuming we’ve all fully embraced the name by now) would mean an uptick in attendance, and fans clamoring for the chance to see this whiskered wundercat in the fur. Taxpayers would gladly hand over their money to pay for a new arena were it to be the homestead of the Bucks’ new favorite feline.

Excellent PR opportunities
Last month, certain members of the Bucks found themselves up a tree after reports broke that they were partying in an L.A. strip club until 2 a.m.—just 16 hours before a game against the Lakers. While we’ll let it fly under the “boys will be boys” defense, it wouldn’t hurt to give the team a cuddly public relations makeover. Team up with the Wisconsin Humane Society, snap a few pics of the players spending some time with the adoptable kitties, and then, after some cat socialization time with handsome American Shorthair Meow-chael Carter-Williams, one of the Bucks falls in love and brings one home himself. Are you picturing one of those old-timey newspapers spinning up to the screen with the headline “Nothing But Pet: Bucks Feel Felines Make Slam-Dunk Friends”? You should be! It would be a media frenzy. The team would go on to host “Adoption Night” at the Bradley Center, sponsor Kitty 5Ks and a bevy of other charity events benefiting animal organizations, and everyone would quickly forget about past falters and current league standings.

A boost in team morale
Look, something just isn’t meshing with the team right now. Perhaps they need a shared interest to bond over to allow everything else to fall into place. Having a great little kitty pal could be that shared interest! Have you ever been caught in a conversation with two cat owners? Good God, they go on forever! Think of the in-jokes—the laughter!—the Bucks would share about how their cats try to sit in very small boxes, enjoy sticking their heads under running faucets, and have an affinity for licking plastic bags. No way the team won’t start clicking after that kind of camaraderie. No way.

Even if none of these scenarios pans out (a highly dubious assumption), we’re hoping that as the league grows enlightened of the joys, life longevity, and general good times keeping a cat around entails, our Bucks will come forth off the hardwood to proclaim their fondness for felines. As @NBACatwatch has assured us all, we’re inching closer, ever closer, to the first Buck to reveal himself. In the offseason we may have been coerced to “Own the Future,” but today, couldn’t we all agree it’s sufficient to paw at it instead?